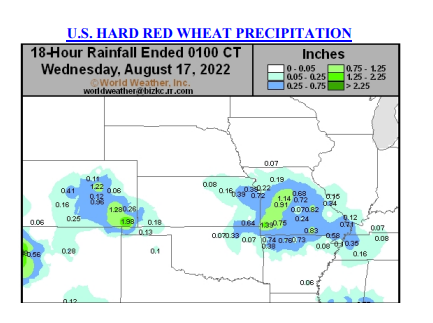 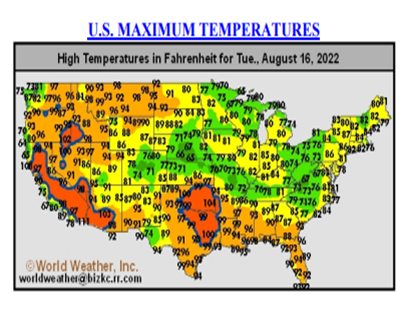 Output and stockpile projections for the week ending Aug. 12 are based on five analyst estimates compiled by Bloomberg.

LIVESTOCK SURVEY: US Cattle on Feed Placements Seen Down 1.3%

July placements onto feedlots seen falling y/y to 1.71m head, according to a Bloomberg survey of ten analysts.

EU soft-wheat exports during the season that began July 1 reached 3.58m tons as of Aug. 14, compared with 3.14m tons in a similar period a year earlier, the European Commission said Tuesday on its website.

Farmers in Ukraine lack storage for the grain harvest and need additional space to stock between 10m-15m tons, Roman Slaston, director general of the Ukrainian Agribusiness Club, said at a briefing on Tuesday.

Twenty-one agricultural vessels carrying 563k tons of crops were authorized to move from Ukraine’s ports of Odesa, Chornomorsk and Pivdennyi from Aug. 1-15, according to an emailed statement from the Joint Coordination Centre that oversees the export corridor.

This year’s Russian wheat harvest is now seen at 94.7m tons, up from a prior outlook for 90.9m tons, research firm SovEcon says in an emailed note.

Shipments sank to 227,247 tons in July, from 431,840 tons a month earlier, the Solvent Extractors’ Association of India said.

Harvest has started in winter wheat and fall rye, with a good portion of those crops already combined. Reported yields are average for both crops. Crop condition looks good to very good in most parts of the province, pea harvest has begun in the northwest region, and widespread harvest is expected to begin for spring cereals in about two weeks, with some early barley coming off in the past few days. Insect concerns have popped up in localized spots across Manitoba, lygus bugs in the Swan Valley, and soybean aphids, cereal aphids, and grasshoppers throughout Manitoba. Soybean aphids have reached economic thresholds in some crops, while many populations remain below thresholds but should be monitored closely. The Manitoba Hay Listing Service is active; producers with extra feed or looking for feed are encouraged to list their available supplies for sale.

Gazetted price for crude palm oil at 3,907.51 ringgit a ton, which incurs the maximum export tax of 8%, according to a statement from the customs department posted on the Malaysian Palm Oil Board’s website.

US to Provide UN $68m to Buy and Export Ukrainian Grain

The Ministry of Water Resources said in a notice on Wednesday that drought throughout the Yangtze river basin was “adversely affecting drinking water security of rural people and livestock, and the growth of crops”.

It urged regions to make accurate assessments of drought-affected areas and devise plans to maintain water supplies, including temporary water transfers, the development of new sources and the extension of pipe networks.

To boost downstream supplies, the Three Gorges Dam, China’s biggest hydropower project, will also increase water discharges by 500 million cubic metres over the next 10 days, it said on Tuesday.

Some livestock from drought-hit areas had been temporarily relocated to other regions, the Ministry of Finance said earlier this week, adding that it would issue 300 million yuan ($44.30 million) in disaster relief.

Other regions on the Yangtze have also launched “cloud seeding” programmes, but with cloud cover too thin, operations in some drought-ravaged parts of the Yangtze basin have remained on standby.

The number of weather stations recording temperatures of 40 degrees Celsius (104°F) and above has reached 262, also the highest. Eight have hit 44 degrees Celsius.

Persistently high temperatures would continue in the Sichuan Basin and large parts of central China until Aug. 26, the center forecast.

A “special case” of high pressure from the West Pacific subtropical high, stretching across much of Asia, is likely to be the cause of the extreme heat, said Cai Wenju, climate researcher with CSIRO, Australia’s national scientific research institute. 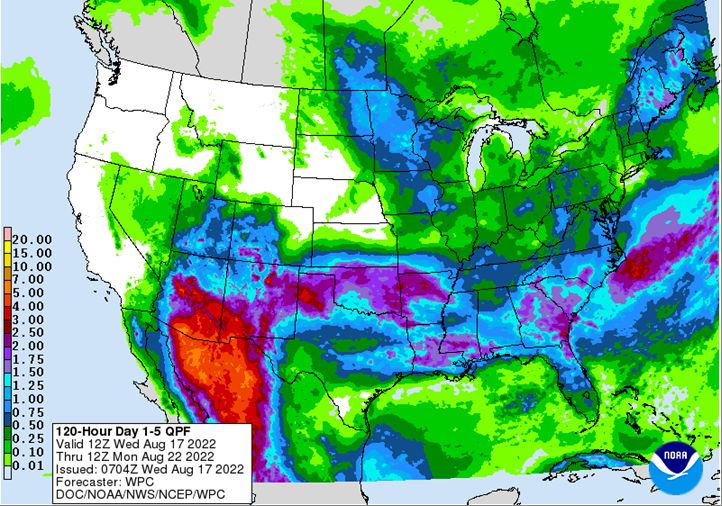 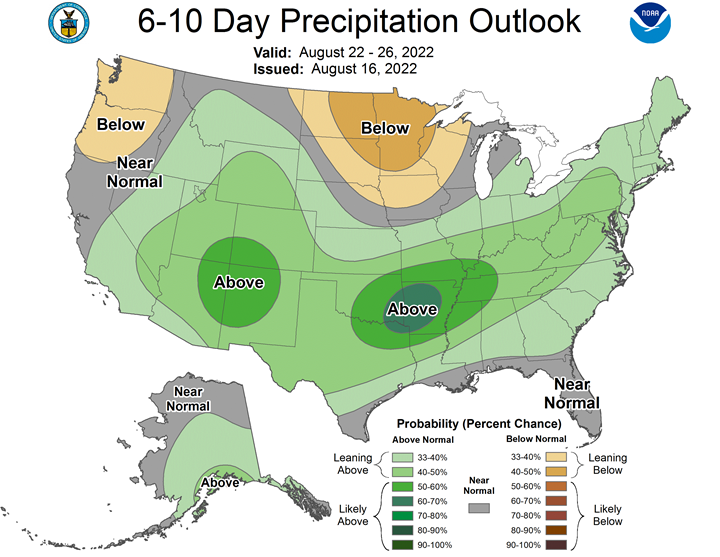 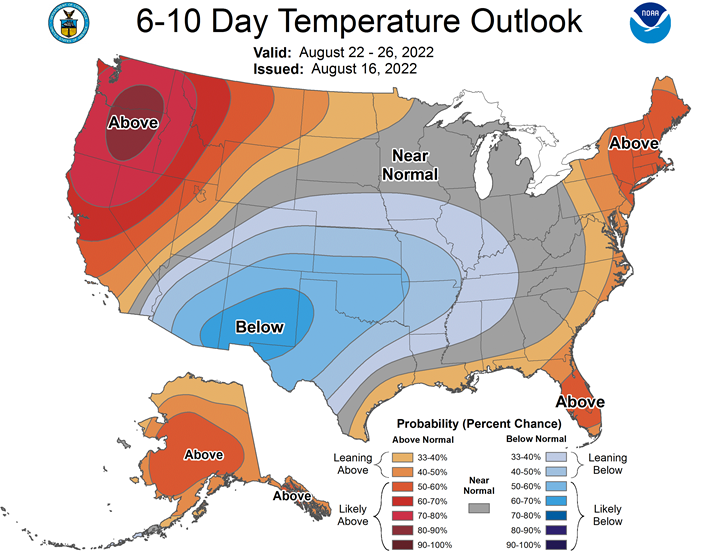 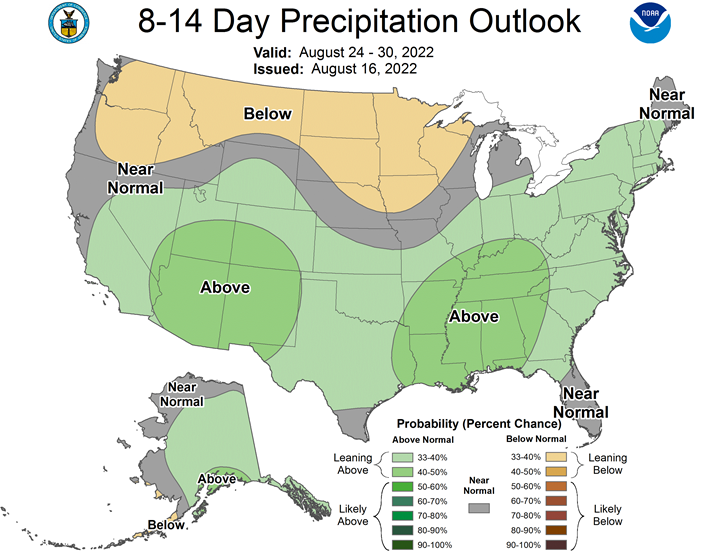 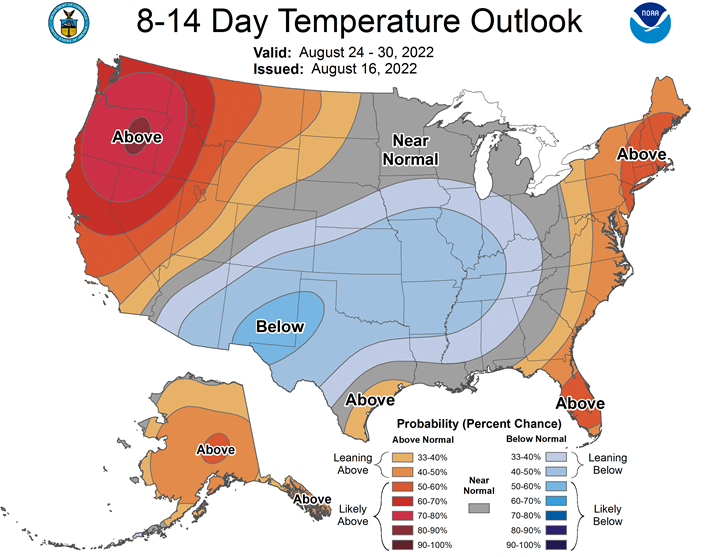