Estimate ranges are based on a Bloomberg survey of five analysts; the USDA is scheduled to release its export sales report on Thursday for week ending Aug. 11. 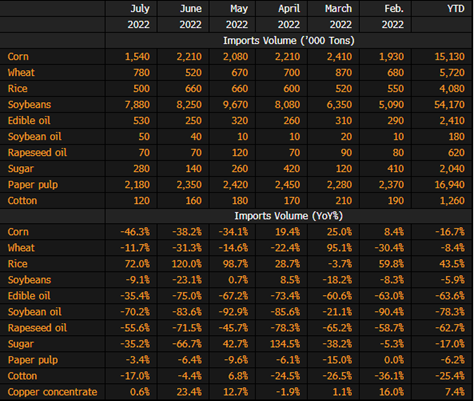 This year’s corn harvest is now seen at 3.61m tons, down from a July outlook for 4.07m tons, German agricultural cooperatives group DRV said in a report

Ukraine’s Grain Exports Down 46% Y/y in Season Through Aug. 15

Grain exports during the season that began July 1 totaled 2.65m tons as of Aug. 15, compared with 4.92m tons in a similar period a year earlier, according to data from Ukraine’s agriculture ministry.

Argentina’s corn planting area for the 2022/23 harvest is expected to shrink 2.6% from the previous cycle to 7.5 million hectares, the Buenos Aires Grains exchange said on Wednesday.

Crop conditions range from good to very good in most parts of the province, Manitoba’s agriculture ministry says in a report posted on its website.

Brazil is expected to reduce fertilizer consumption to 43 million tonnes in 2022, as farmers are poised to cut applications when the planting of crops like soybeans begins in September, consultancy MB Agro said on Wednesday.

MB Agro’s director Alexandre Mendonça de Barros said at an event that crop failure in the last soybean season helped the soil retain some nutrients, potentially driving a fall in applications when the next season starts.

Barros does not see the risk of crop yields suffering as a result of lower applications, but cautioned that farmers may not be able to keep doing that in coming planting seasons.

“There is not much room, you are using what the soil retained and there is a limit for that,” Barros said.

Fertilizer prices have shot up in recent months, a trend exacerbated by the war Ukraine, which sparked sanctions against major global supplier Russia.

In spite of that, Brazil, which is heavily dependent on imports, continued to buy record volumes. (Full Story)

Brazil relies on imports for about 85% of its needs. It imports crop nutrients from Russia, Morocco, Jordan, China and Canada, among others.

Most nitrogen prices are up after aggressive summer fill, yet they’re down sharply from spring highs, portending relief ahead of the US fall season. Corn Belt retail ammonia costs are down 30% since July 1, while corn prices are strengthening, which should fuel robust fall application. Brazilian potash imports are tracking 33% above 2021 amid reports of full warehouses and muted demand

Near-record natural gas prices in Europe raise the likelihood that more ammonia production will go offline, which may push Tampa levels up again in September following August’s increase of $140 a metric ton (mt). Prices were up for ammonia in the Pacific Northwest, and for urea, urea ammonium nitrate (UAN) and ammonium sulfate in Western Canada after earlier fill-program offers ended. Phosphate and potash remained weak, however, with New Orleans (NOLA) barges trading at the low end of the prior week’s ranges. Slow demand and ample supply continue to pressure urea, phosphate and potash prices in Brazil, with urea slipping after the previous week’s increase.

After recent increases, nitrogen prices in Brazil fell as suppliers compete for new buyers amid slow seasonal demand. The decline comes even though high natural gas prices continue to pressure nitrogen markets higher globally. Potash and phosphate prices in Brazil also fell further as buyers pull back on imports due to oversupply.

Brazil urea prices didn’t sustain last week’s increases, dropping $20-$40 a metric ton (mt) this week amid slow demand. Though natural gas spiked in Europe early this week, urea buyers were pushing for even lower prices, suggesting that bids below $600/mt are on the horizon as demand in Brazil keeps retracting and India remains out of the global market. Potash appears to be down $30/mt and phosphates hinted at a $60/mt decrease, with both markets pressured by full inventories and a lack of interest in new imports.

Andersons Inc., one of the five largest U.S. grain handlers, has hired Cedric Mayor to oversee trading outside the US as the agriculture company works to expand its global reach.

“Cedric Mayor has joined The Andersons and we look forward to leveraging his leadership and trading experience in our Lausanne, Switzerland office,” Bill Krueger, president of Andersons’ trade and processing group, said via email.

Andersons set up a trading desk in Switzerland last year and has hired several other Ameropa traders, including Sebastien Henry and Sebastien Thilmany, according to people familiar with the matter who asked not to be named because details of the job haven’t been made public. The company is seeking to bolster its presence in the region as Switzerland is a key trading hub for agriculture giants including Louis Dreyfus Co. and Cargill Inc.

Andersons executives earlier this month said its Swiss trading desk is on track to meet expectations and that the team has done well in the face of market disruptions stemming from Russia’s invasion of Ukraine. 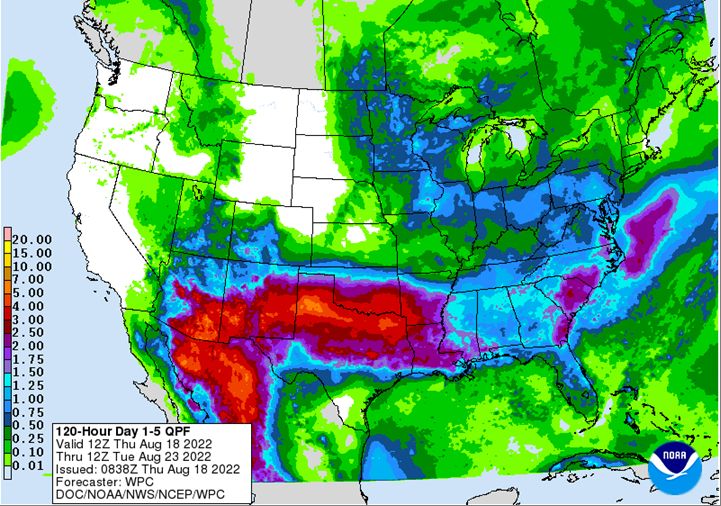 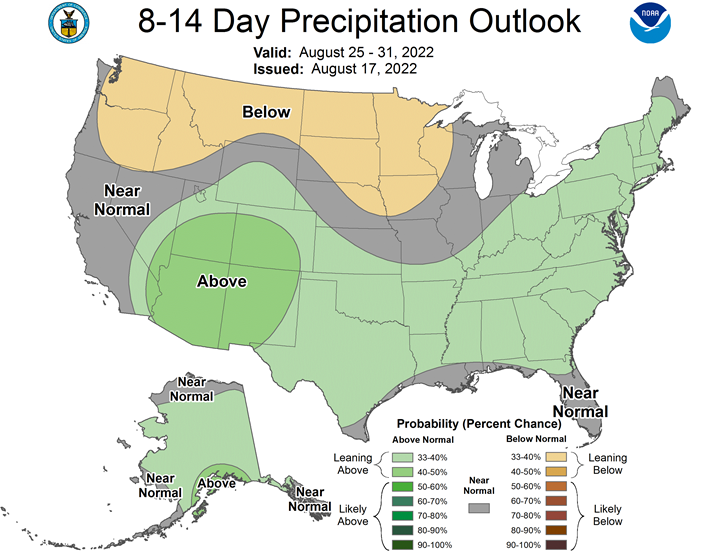 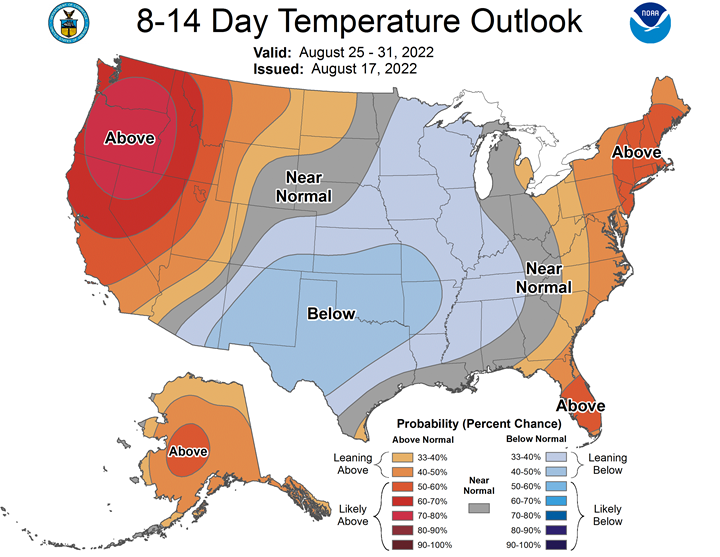