Corn yields in Indiana are estimated to average 177.85 bu/acre based on 217 fields sampled, down from 193.5 bu/acre seen last year, according to Pro Farmer crop tour.

Output and stockpile projections for the week ending Aug. 19 are based on six analyst estimates compiled by Bloomberg.

Ships carrying corn for Libya and rapeseed for the Netherlands were authorized to leave port in Ukraine on Aug. 24, Joint Coordination Centre says in emailed statement Tuesday.

Summary of US Pro Farmer Crop Tour After Day One 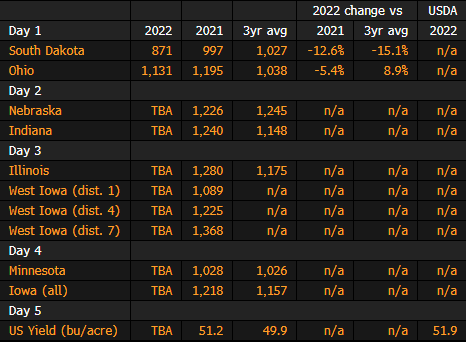 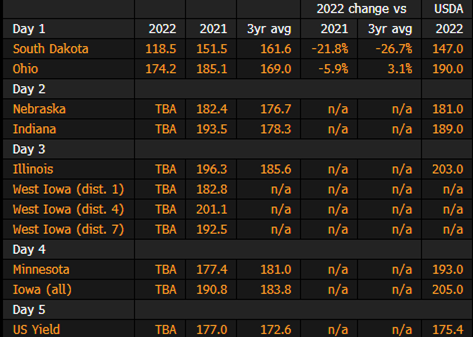 Stocks of hard spring wheat stored in Minnesota and Wisconsin warehouses fell to 14.784m bushels in the week ending Aug. 21, according to the Minneapolis Grain Exchange’s weekly report.

Unplanted Acres in US Surge on Extreme Rain and Drought

Acres that US farmers were unable to plant have more than tripled from the same period last year as extreme weather wreaks havoc on fields.

Prevented planting acres — or insured crops that can’t be planted because of disasters including flooding and drought — were at 6.4 million, according to the USDA Farm Service Agency’s August report. That’s up from 2.1 million in 2021.

The news comes at the start of the key US crop tour, which will determine if the US can produce enough corn and soybeans to revive supplies diminished by extreme weather and Russia’s invasion of Ukraine. While the prevented planting acres trail behind 2020’s numbers, it comes at a time when the world is more reliant on the US crop. The war has made food grown outside of Ukraine vital for curbing the worst inflation in decades.

Read: ‘I’m shocked’: Dry Cornfields on Tour Point to a Smaller US Crop

Corn acres “unsurprisingly” saw the largest volume of prevented planting due to a cool start to the season, Jacqueline Holland, an analyst at Farm Futures, said in a note.

“The data confirms the lingering ‘woulda, coulda, shoulda’ thoughts that have been running through farmers’ minds since the slow planting season this spring,” she said.

Egypt’s state buyer bought 240,000 tons of Russian wheat in private negotiations on Monday, bringing its total purchases for the 2022-23 season to at least 2.79 million tons.

Indonesia, the world’s biggest palm oil producer, is extending the export levy waiver for palm oil by two months to Oct. 31 in a bid to further boost shipments and prices of the local fresh fruit bunches, according to Trade Minister Zulkifli Hasan.

Brazil too important a food producer to depend on fertilizer imports, industry says

Global fertilizer companies operating in Brazil can increase local output of important crop nutrients if the government continues to improve the regulatory framework for the sector, industry representatives said on Tuesday.

Speaking at a day-long industry event, major players said Brazil is too important a food producer to depend on fertilizer imports.

Marcelo Altieri, chief executive of the local unit of Norway’s Yara International YAR.OL, said during a morning panel discussion that Brazil’s reliance on imports represents a threat to global food security, as the country is one of the world’s largest food suppliers.

On the sidelines of the event, however, Altieri declined to comment on whether Yara would be interested in bidding for a nitrogen-based fertilizer project up for sale by Brazil’s oil major Petroleo Brasileiro

Petrobras, as it is known, also is seeking bidders for potash mining rights in the Amazon.

Brazil imports about 85% of the fertilizer it requires, according trade group Anda. In March, after the start of the war in Ukraine, the government announced a plan to boost local output.

“To depend on imports not only penalizes the country, but also the world,” Arthur Liacre, an executive for Brazil’s Mosaic Fertilizantes, said during an afternoon panel discussion.

Liacre recalled that 25 years ago, local production of the NPK fertilizer mixture was sufficient to cater to 55% of Brazil’s needs. Today it is a little below 10%, he noted.

Ibram, a mining trade lobby, said at the event that it backs mining on Brazil’s indigenous territory, which the Constitution allows, as a way to cut fertilizer import dependence.

Toronto-based Brazil Potash Corp is planning to open a potash mine in the Amazon.

Global production costs for urea vary wildly, from $100 to almost $800 a metric ton (mt), depending on the region and manufacturing method. The marginal producer — in this case China — helps set average annual prices globally. Spiking natural gas markets have pushed up production costs nearly $100/mt since 2Q21. Access to low-cost natural gas feedstock historically drives significant advantages, given 19 million British thermal units are required to make one ton of urea. In North America, gas costs have averaged below $3.50/MMBtu for the past decade. Prices near $600 a ton highlight the supply shortage and margin potential for low-cost producers.

India Cumulative Monsoon Rainfall 9% Above Normal as of Aug. 23

India has so far received 699.4 millimeters of rains during the current monsoon season, which runs from June through September, compared with a normal of 643 millimeters, according to data published by the India Meteorological Department on Aug. 23. 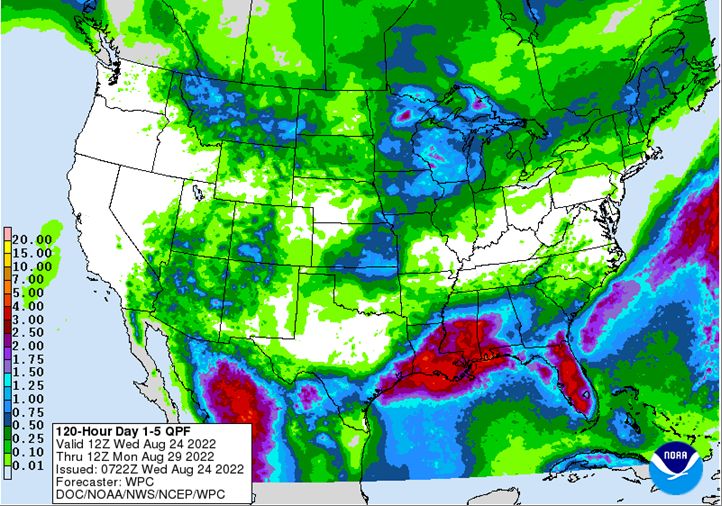 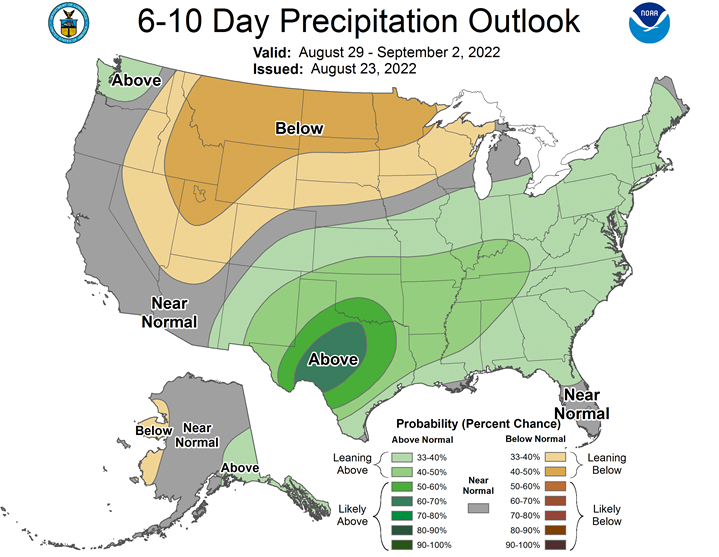 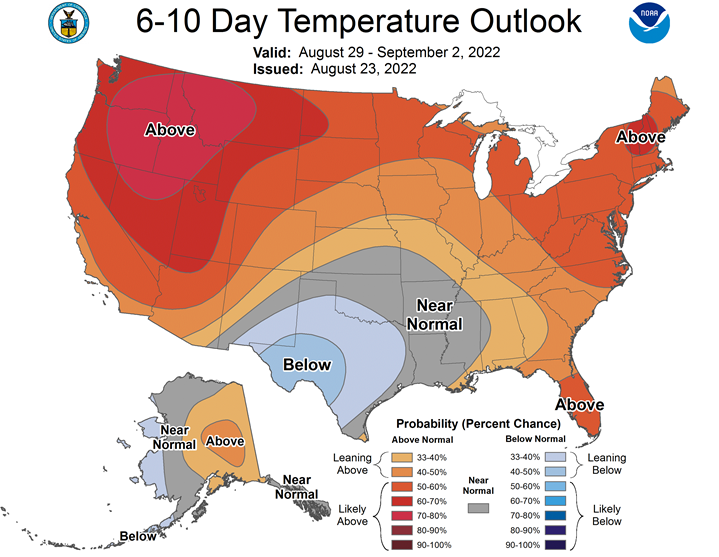 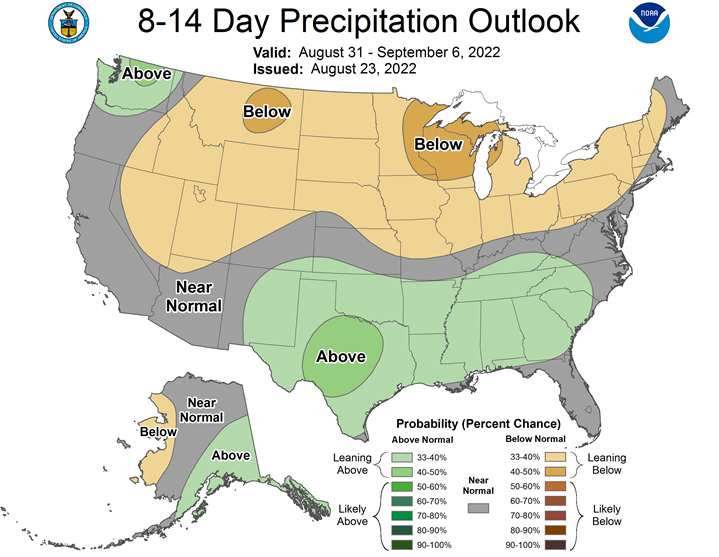 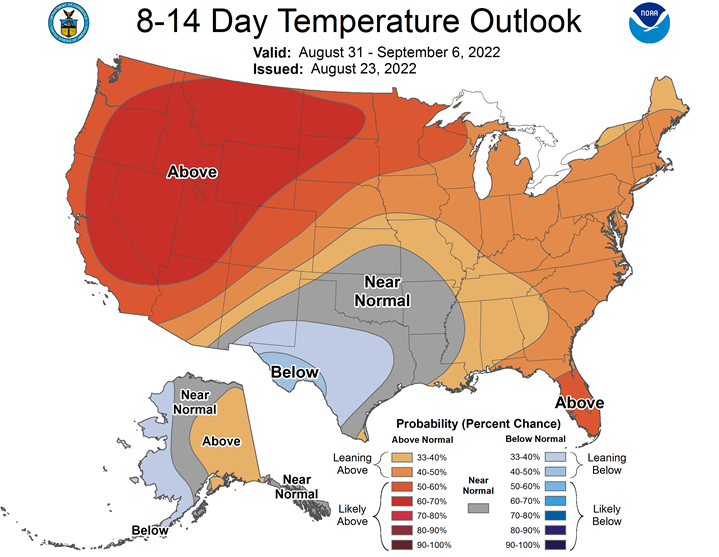