The U.S. Agriculture Department (USDA) said in a statement on Monday that weekly export sales data would not be available until further notice. The department last week retracted weekly commodities export data it had released on Thursday after a technical misstep left traders scrambling and caused uncertainty in the futures markets.

US Crop Progress and Conditions for Aug. 28: Summary 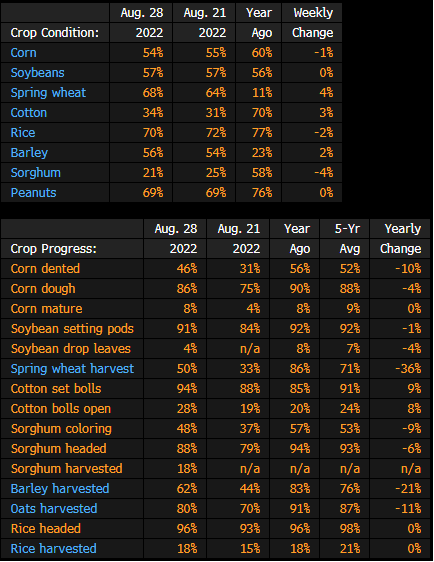 US Inspected 689k Tons of Corn for Export, 437k of Soybean

In week ending Aug. 25, according to the USDA’s weekly inspections report. 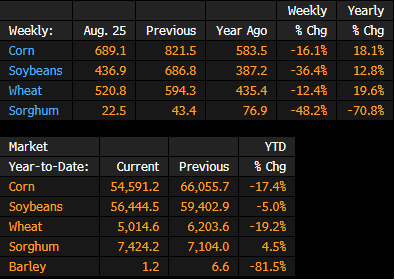 Brazilian farmers will reap an estimated 151 million tonnes of soybeans in the 2022/23 cycle that will begin in September, according to Abiove, an oilseeds lobby, which presented the forecast at an industry event on Monday.

The projection is roughly in line with the government’s, which said last week it expects record Brazilian soybean production of above 150 million tonnes, driven by potentially higher yields and area expansion.

EU soft-wheat exports during the season that began July 1 reached 4.86m tons as of Aug. 28, compared with 4.88m tons in a similar period a year earlier, the European Commission said Monday on its website.

European Union soybean imports in the 2022/23 season that started on July 1 had reached 1.96 million tonnes by Aug. 28, provisional data published by the European Commission showed on Monday.

That compared with 2.22 million tonnes by the same week in the previous 2021/22 season, the data showed.

EU sunflower oil imports, most of which usually come from Ukraine, were at 261,924 tonnes, against 261,468 tonnes a year earlier, the data showed.

The Commission, which has reported repeated technical problems in the past weeks, said the data may again be incomplete.

Six vessels carrying a total of 121,451 metric tons of grain and food products are authorized to leave Ukraine on Tuesday, the Joint Coordination Centre says in an emailed statement.

Wheat production seen 55.1% higher vs last year’s crop, according to estimates released Monday by Statistics Canada on its website. 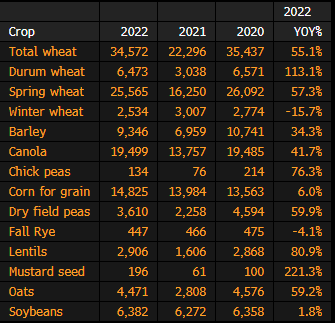 Brazil Center-South corn harvest was at 89,5% a week earlier and 89% a year ago, consultancy firm AgRural said in a report today.

There have been frosts in Rio Grande do Sul and Paraná States in the second fortnight of August, making wheat farmers concerned. Although it is not possible to assess the damages on the crops that were hit, data show that crops conditions have worsened in PR.

According to data from Seab/Deral, after the recent frosts, 80% of the crops in PR are in good conditions; 17%, in average conditions; and 3%, in bad conditions.

Concerning the harvesting, activities have been slow and are expected to step up in late September. According to Seab/Deral, 2% of the wheat crops in PR have been harvested. Deral revised up the wheat area in PR to 1.18 million hectares, leading to an output of 3.9 million tons. In Rio Grande do Sul, according to Emater, wheat sowing ended last week. According to data from Conab, by August 20th, 4% of the national wheat crop had been harvested in Brazil.

BRAZILIAN MARKET – Deals have been occasional in the domestic market, amid low wheat supply and farmers/purchasers waiting for the harvesting to step up to return to the spot market.

Romania, the European Union’s largest corn exporter last season, is being forced to harvest this year’s crop a month earlier than usual after a severe drought impacted the development of the plants.

While the country’s wheat output is projected to decline about 15% from last year to 9 million tons, corn production has been harder hit by the lack of rain, especially in the south and east, Agriculture Minister Petre Daea said in a phone interview on Monday. Farmers have also started harvesting sunflower crops early, he said.

“Preliminary data for sunflower seeds show that we’ll be able to cover our internal consumption and maybe something extra, but for the corn production things are still uncertain,” Daea said.

Romania won’t consider banning grain exports, as it did briefly at the start of the Covid-19 pandemic, despite the lower production and increased protectionism over food security elsewhere, Premier Nicolae Ciuca told Bloomberg earlier this month. The country was also the EU’s second-largest wheat exporter after France. 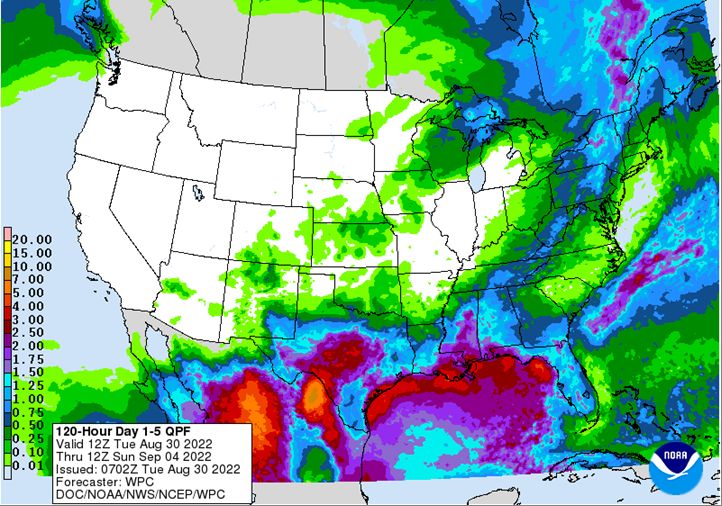 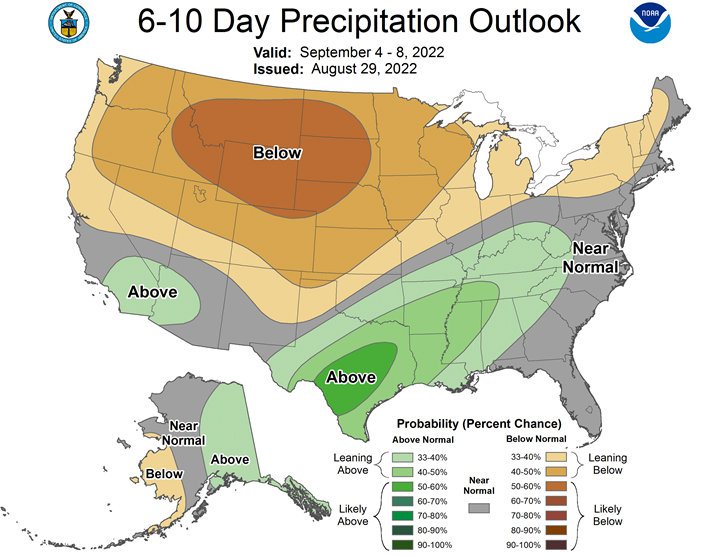 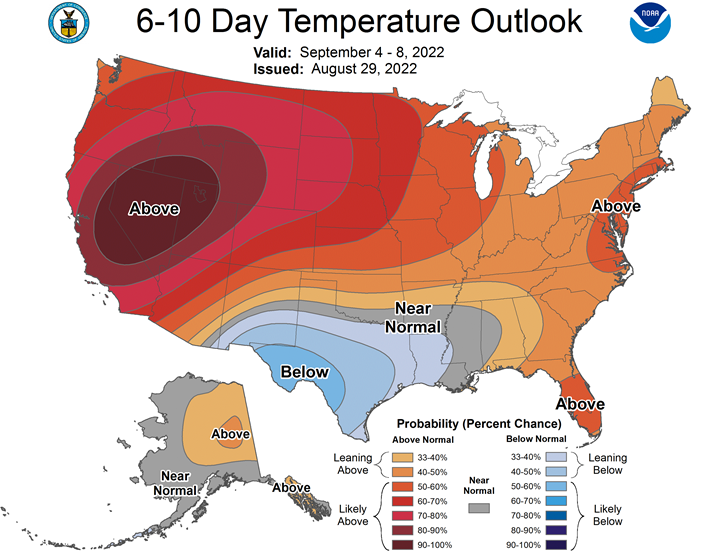 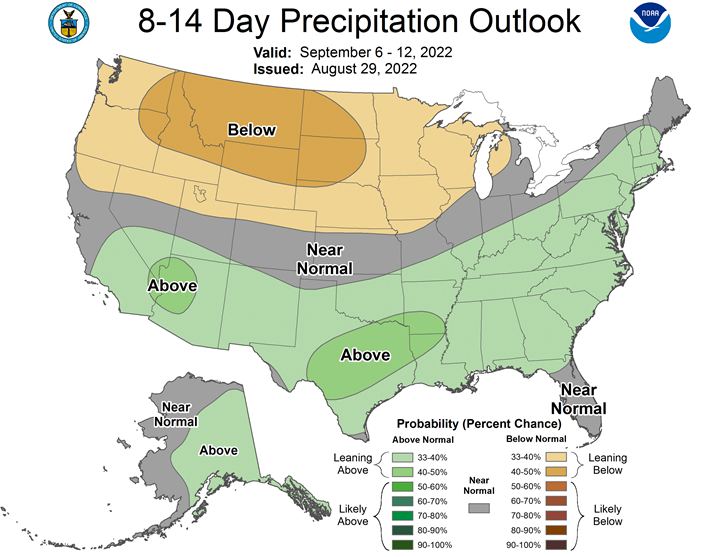 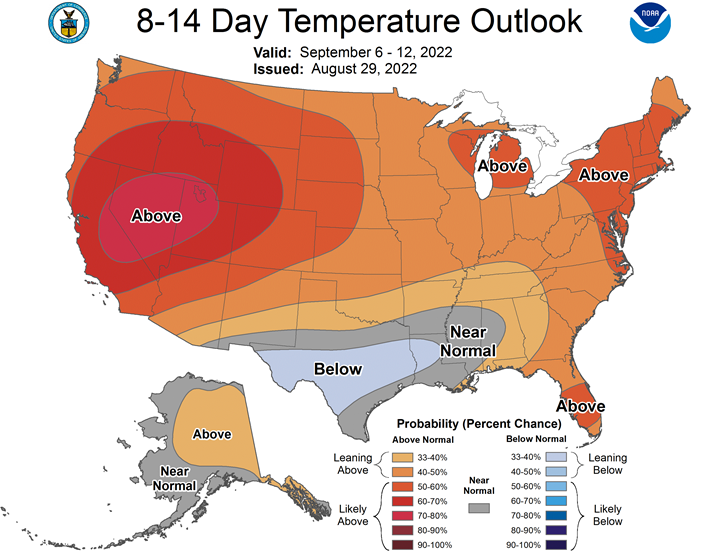