Western Midwest Forecast: Isolated to scattered showers through Monday, mostly north. Temperatures above to well above normal through Monday.

US NOPA August Soy Crush of 165.5m Bushels Rises From Year Ago

US soybean processing rose to 165.5m bu in August from 158.8m for the same period a year earlier, according to National Oilseed Processors Association data released Thursday by Thomson Reuters. 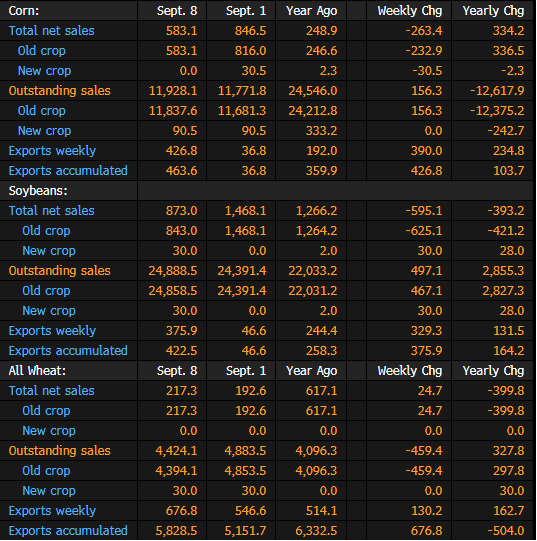 In a securities filing, the company said the price it was paying for the 10,800 hectare-property was the equivalent of 302 bags of soybeans per useful hectare, and that it would pay in two installments.

“This transaction was important for us to diversify and expand our presence in the state of Mato Grosso, one of the most important in the production of commodities in the world, and guarantee the growth of our productive area,” the company said.

Shipments climbed to 282,498 tons in August, from 227,247 tons a month earlier, the Solvent Extractors’ Association of India said.

Around 82 ships with 418 seafarers remain stuck around Ukrainian ports despite the opening of a U.N.-backed sea corridor to ship grains with efforts to get the mariners sailing still stuck, shipping industry officials said on Thursday.

The agreement reached in July, creating a protected sea transit corridor, was designed to alleviate global food shortages, with Ukraine’s customers including some of the world’s poorest countries.

However, the initiative only involved dry bulk ships around three Ukrainian ports with dozens of other vessels including oil tankers not able to access the corridor and awaiting approval to leave while waterways remain controlled by Russia and other ports are blocked by Ukraine.

According to analysis by the International Chamber of Shipping (ICS) six ships, which had been stuck since Moscow’s Feb. 24 invasion of Ukraine, had been able to leave Ukraine before the corridor was announced in July.

“The corridor was made only for the purpose of loading the grain to leave,” ICS Chairman Emanuele Grimaldi told a news briefing.

“You can understand they (Ukraine) are at war and there are mines around.”

At the start of the conflict in late February approximately 2,000 seafarers from all over the world were stranded aboard up to 94 vessels in Ukrainian ports.

Grimaldi said the ICS, which represents over 80% of the world’s merchant fleet, had discussions this week with U.N. shipping agency the International Maritime Organization (IMO) to speed up matters.

“It is not easy and a complicated matter,” he said.

“Producers are noting that many areas are too dry to consider seeding winter cereals,” the province’s agriculture ministry says Thursday in a report.

The condition of wheat is worsening, with 46% of plants now growing in poor-to-dry moisture conditions, up from 35% last week, the Buenos Aires Grain Exchange said in a weekly report.

Shipments along the Mississippi, Illinois, Ohio and Arkansas rivers increased in the week ending Sept. 10 from the previous week, according to the USDA’s weekly grain transportation report.

Russia has destroyed, damaged or seized control of 14% of Ukraine’s crop storage capacity since invading in February, jeopardizing the global food supply and threatening future harvests, a US government-backed report said Thursday.

Given Ukraine’s role as a key food supplier for both the global market and humanitarian agencies, that loss could have widespread and devastating effects, according to the researchers. They said future harvests could shrink because farmers may cut back on planting over fear they won’t have space to store their grain.

Russia’s Feb. 24 invasion caused prices to spike, provoking one crisis. The storage problem could lead to a second, according to Nathaniel Raymond, executive director of the Yale School of Public Health’s Humanitarian Research Lab, which conducted the research.

“Now, with a lack of storage for Ukraine’s farmers, it could cause a crisis of availability in terms of Ukraine’s farmers deciding to skip a planting cycle, because they don’t have anywhere to put the grain,” Raymond said in an interview.

The report was released by the Conflict Observatory, a group established in May with financial backing from the State Department. It uses public information to document alleged atrocities committed by Russian forces in Ukraine. The study is based on data through July and thus doesn’t factor in a recent counteroffensive by Ukrainian forces.

It largely tracks with conclusions from Ukraine’s agriculture ministry, which said in June that Russia’s invasion had knocked out 15 million tons of storage in the invasion. In June, President Joe Biden said the US would help build temporary silos along Ukraine’s borders to help export Ukraine’s harvests.

The researchers concluded that the Mykolayiv, Zaporizhzhia and Donetsk regions were the hardest hit, with 40 of 75 storage facilities that sustained damage. Although those regions sit on the front lines of the fighting, the researchers didn’t assess whether Russian forces targeted the sites deliberately.

The State Department is urging further investigation of the damage given that destroying grain storage facilities may violate international law.

“If agricultural infrastructure within Ukraine continues to be damaged in the war, this progress on global food security will be endangered,” the State Department said in a release accompanying the report. It said a UN-brokered agreement to export Ukrainian grain via Black Sea ports has increased the global grain supply and led to lower prices.

The 75 crop storage facilities researchers identified as damaged account for about 3 million metric tons of capacity — more than the volume of the export deal, Raymond said.

“Now we have a reduction in the ability to keep crops that’s more than that deal covers,” he said.

French corn harvest has begun, with 14% of the crop collected as of Sept. 12, crops office FranceAgriMer said on its website.

China to Sell Record Pork From Reserves to Stabilize Prices

China is expected to sell 200,000 tons of pork from state and local government reserves in September, in order to boost market supply and stabilize prices, according to a statement from the economic planning agency NDRC.

US nitrogen prices have risen after aggressive summer fill programs, fueled by a rash of nitrogen-plant outages in Europe due to surging natural gas costs. Smaller increases were seen for phosphates after several weeks of steady prices, while the potash market remained pressured at New Orleans and inland. The threat of a rail strike was raising concerns about timely ammonia deliveries for fall application.

Urea Prices Mixed in the Wake of India Tender

Urea prices were up in India’s latest tender, but not as high as some expected, and the 874,000 metric tons (mt) booked was less than India hoped for. In the wake of the tender news, urea prices fell in Brazil, while New Orleans (NOLA) prices appeared largely unchanged from the previous week. Some inland US markets continued to see a slight rise in urea, urea ammonium nitrate (UAN) and ammonium sulfate prices early in the week, while ammonia prices remained firm-to-higher amid concerns about rail-delivery delays in advance of the fall application season. Phosphate prices also showed small increases at NOLA and inland, but potash prices remained under pressure at mid-month.

US Crops in Drought Area for Week Ending Sept. 13: USDA

The following table shows the percent of US agricultural production within an area that experienced drought for the week ending Sept. 13, according to the USDA’s weekly drought report. 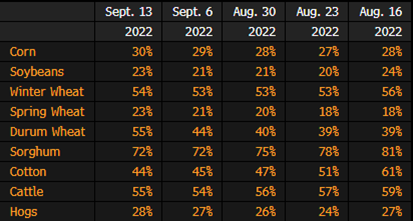 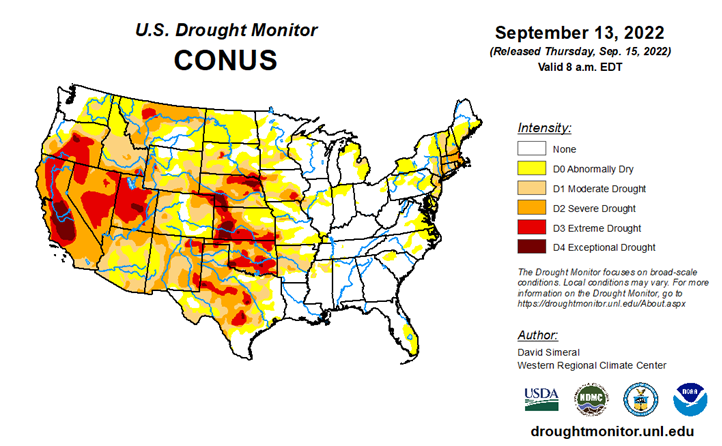 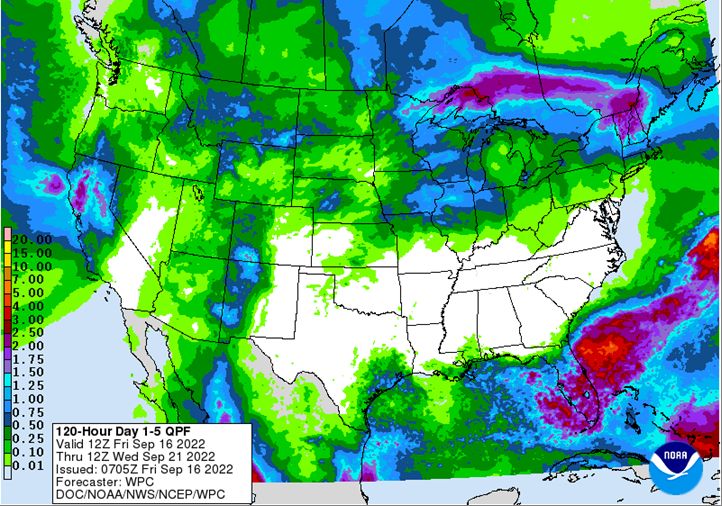 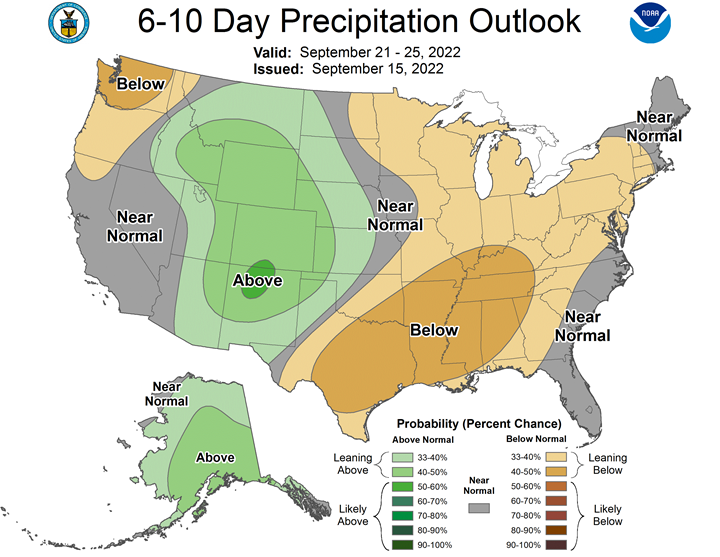 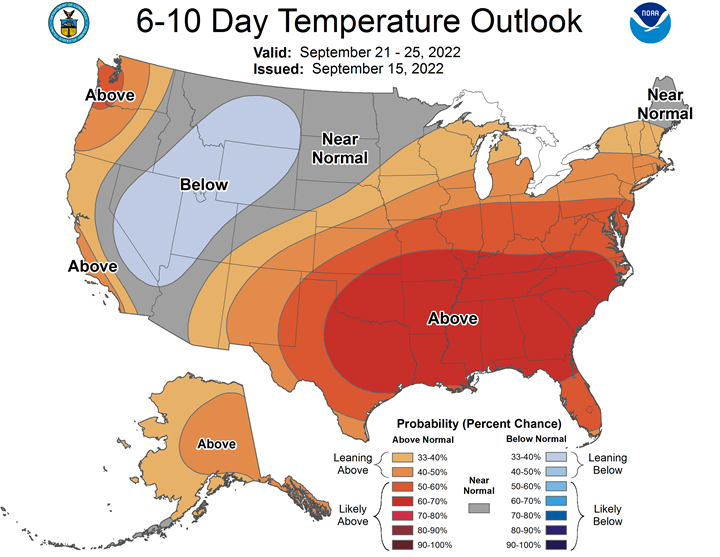 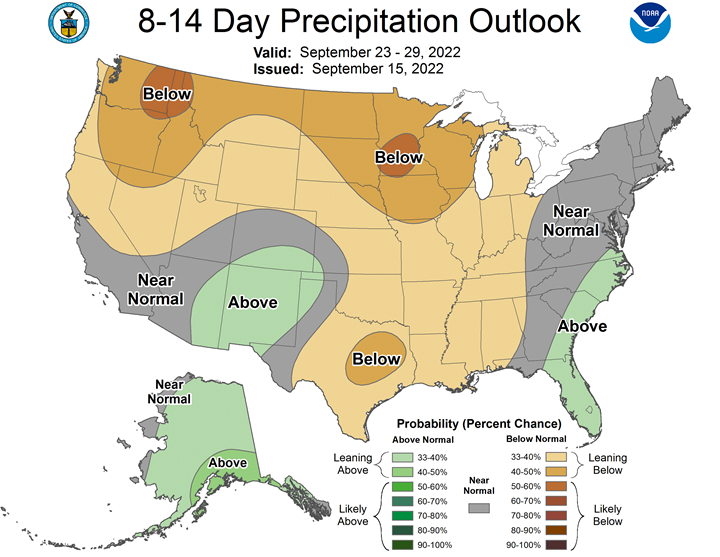 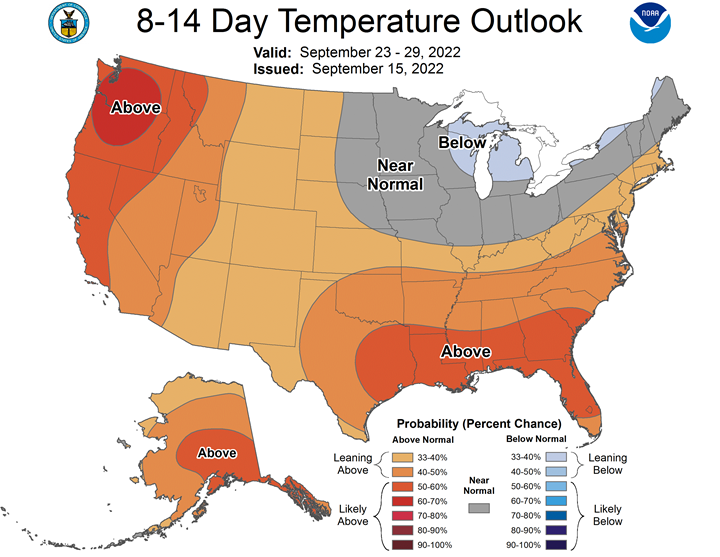 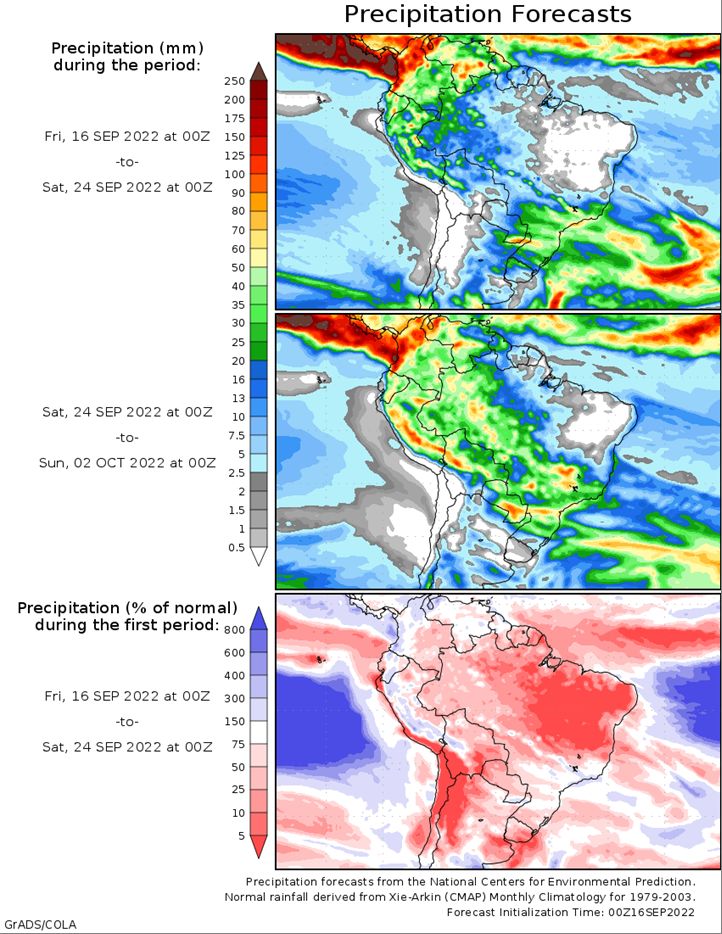