Northern Plains Forecast: Scattered showers moved through over the weekend, but were very hit-or-miss. Another will move through Monday and Tuesday with more scattered showers, followed by another late in the week with more showers. These too will be hit-or-miss, and should not have much of an impact on corn or soybeans. A brief cool shot moves through in the middle of the week, but temperatures should rise well above normal by next week again.

Central/Southern Plains Forecast: Scattered showers moved through portions of Nebraska and Kansas over the weekend, including producing some severe weather, but missed a lot of the winter wheat areas. The showers may have been locally heavy, but did not produce a lot of rain. A front will move into the region on Wednesday and stall for a few days, followed by another system late in the week. Scattered showers are again expected over the northern half of the region, but the southwestern Plains wheat areas are not forecast to see much of any precipitation. With temperatures likely to rise well above normal next week, drought continues to have a huge influence on planting and establishment.

Midwest Forecast: Scattered showers developed over western areas Friday and Saturday with severe storms forecast to develop from southeastern Iowa into central Illinois on Sunday afternoon and night. Scattered showers developing elsewhere in the Midwest Sunday night will provide a drink for some winter wheat areas, but any severe weather could damage mature corn and soybeans waiting to be harvested. Limited showers will be possible the rest of the week with a front moving through on Tuesday and Wednesday and a weak system moving through Friday through the weekend. Cooler temperatures will arrive behind the first system and will remain seasonable afterward.

Delta Forecast:  Dry conditions and rising temperatures over the next week have helped crops toward maturity and improved quality for some of the wetter areas. Showers should largely be absent this week, with a slight chance over northern areas on Thursday and across the region over the weekend. Still, conditions will be good for maturing and harvesting crops.

Brazil Grains & Oilseeds Forecast: Recent showers have continued to provide good soil moisture for southern Brazil as planting increases. Another front moving into Brazil should be quite active this week for most of the agricultural areas, favoring increased soil moisture and the potential start to the wet season in central Brazil. However, the daily showers we expect to come along with the wet season may be a couple of weeks away. Still, soil moisture improvements will continue as planting progresses. Another front this weekend into next week could add to rain totals, especially in central Brazil.

Argentina Grains & Oilseeds Forecast: A front moved through this weekend but provided little precipitation to the region. Cooler temperatures moving in behind the front could also produce some scattered frosts. Dryness and cool temperatures have pushed the first phase of corn planting back by quite a bit and may have damaged wheat. 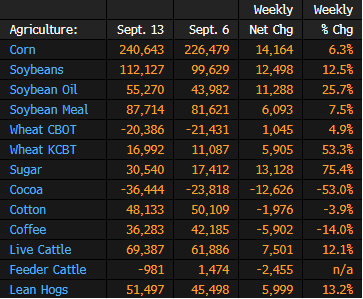 US Harvest Looks to Escape Frosts

With harvesting in the US upon farmers, warm weather has become beneficial for those hoping to soon get out into their fields. Warmer temperatures are allowing finishing crops to dry up quickly, making harvesting easier, says Arlan Suderman of StoneX in a note. “It may not promote large seed size, but it does suggest that this year’s crops will largely be able to finish without damage from frost, although some areas could see a close call late next week,” says Suderman. The northern plains are expected to see periods of rainfall next week, according to DTN–which may be helpful to finish soybean crops, although it will be of little benefit to corn.

Argentine farmers traded 8.4m metric tons of soybeans through Sept. 15 after the government temporarily devalued the peso for them on Sept. 5, the Buenos Aires Grain Exchange says in a report.

The region’s soft-wheat production is now seen at 140.5m tons, down from 143m tons in previous forecast, trade association Coceral said in a report.

A total of 165 ships with 3.7 million tonnes of agricultural products on board have left Ukraine under a deal brokered by the United Nations and Turkey to unblock Ukrainian sea ports, the Ukrainian infrastructure ministry said on Sunday.

The ministry said 10 ships with 169,300 tonnes of agricultural products are due to leave Ukrainian Black Sea ports on Sunday.

“At 10:00 a.m., 8 ships left the ports of Great Odesa, and 2 more are waiting for their turn and favourable conditions,” the ministry said in a statement.

Ukraine’s grain exports slumped after Russia invaded the country on Feb. 24 and blockaded its Black Sea ports, driving up global food prices and prompting fears of shortages in Africa and the Middle East.

Ukraine, a global major grain producer and exporter, shipped up to 6 million tonnes of grain per month before the war.

Three Black Sea ports were reopened under a deal signed on July 22 by Moscow and Kyiv and the ministry has said these ports are able to load and send abroad 100-150 cargo ships per month.

The current low demand for soy oil, majorly for the production of biodiesel, is pressing down the values of this by-product, which are already at the lowest level of the year. This scenario and higher oil supply in Argentina have resulted in lower export premiums, which are currently at the lowest levels in all times, considering October contracts.

As for soybean, values have been underpinned by international valuations and the dollar appreciation. Between September 8 and 15, the ESALQ/BM&FBovespa Index Paranaguá (PR) and the CEPEA/ESALQ Index Paraná rose by 0.3% and 0.9%, respectively, closing at BRL 187.13 (USD 35.69)/60-kilo bag and at BRL 182.05 (USD 34.72)/bag on Thursday, 15. On the average of the regions surveyed by Cepea, prices increased by 0.6% in the over-the-counter market (paid to farmers) and by 0.4% in the wholesale market (deals between processors). The US dollar rose by 0.7% in the last seven days, to BRL 5.243 on Thursday.

ESTIMATES – The 2021/22 season ends in late September in Brazil, and the USDA estimates the ending stocks of soybean to be around 22.45 million tons, 23.62% lower than that last season. The Brazilian output is forecast to total 149 million tons, 18.25% up from that in the previous crop.

CORN/CEPEA: Lower world production underpins values in both BR and the USA

High exports added to valuations abroad and lower estimates for the world production, released by the USDA this week, are underpinning corn prices in Brazil. However, valuations were constrained by the disinterest of purchasers, who have been preferring to work with the product in stock.

These purchasers expect values to fade soon, based on the pace of the harvesting in the United States and on the possibility of lower shipments from Brazil. Besides, consumers believe that the nearness of the payment deadline for costing debts (in late September) may lead farmers to supply corn in order to make cash flow.

Between September 8th and 15th, the ESALQ/BM&FBovespa Index for corn (Campinas, SP) increased by 1.6%, closing at BRL 84.55 per 60-kilo bag on Thursday, 15. Since Aug. 31st, the corn Index has increased by 0.7%. On the average of the regions surveyed by Cepea, values decreased by 0.4% in the over-the-counter market (paid to farmers) but rose by 0.7% in the wholesale market (deals between processors).

At Brazilian ports, quotations rose too and have been around BRL 91/bag – values have been influenced by corn valuations abroad and the dollar appreciation. In Santos (SP) and in Paranaguá (PR), prices rose by 1.7% and 2.5%, respectively. The American currency increased by 0.7% in the last seven days, to BRL 5.24 on Sept. 15th. It is important to highlight that these price levels are currently much higher than that in the USA.

This reduction is majorly linked to the lower productions in the USA and in Europe, which are estimated at 354.19 million tons and at 58 million tons, respectively. Compared to that estimated in August, current estimates have been 3% lower for both locations, and compared to that last crop, estimates are 8% lower for the US and 18% down for the EU.

CROPS – Recent rains are expected to favor sowing of the summer crop, majorly in Paraná. Although rains are forecast for the coming weeks, farmers continue to monitor the effects of La Niña.

Kazakhstan Sees Grain Exports of Up to 9.5m Tons This Year: IFX

Farmers in the world’s second-biggest rice grower have planted the crop on 39.9 million hectares (98.6 million acres) of land as of Sept. 16, a decline of 4.5% from a year earlier, according to the farm ministry.

The area allocated to sugar cane has risen to 5.57 million hectares, from 5.5 million a year earlier, while cotton planting has increased to 12.72 million hectares from 11.82 million, the ministry said on Friday.

The country’s June-September monsoon rains have been 7% above average as of Sept. 16, according to the India Meteorological Department. Monsoon crop sowing normally begins in late May and peaks in July, while harvesting starts in late September. 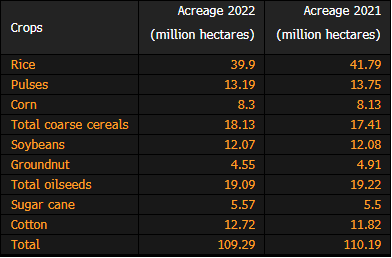 The good news for wine drinkers is that an increase in French barrels will keep European volumes stable despite severe droughts sweeping the continent, and while yields fell in most countries, farmers foresee a particularly good quality vintage.

Several EU countries including France and Spain have suffered one of their worst droughts on record this year, exacerbated by successive heatwaves.

The three biggest wine producers, Italy, France, and Spain, are together expected to produce 130.2 million hectolitres this year, up 1.1% from last year but down 2.1% from the 5-year average of 132.9 million hectolitres, farm union Copa-Cogeca said on Friday.

Decreases in yields were recorded in most other producing countries, it said.

“Overall, the 2022/23 harvest is characterised by the impact of the droughts and scorching temperatures raging across Europe and leading to a precipitate harvest and reduced yields. On a positive note, grapes are in a very good phytosanitary state, portending wines of excellent quality,” it said in a statement.

In a breakdown per country, the union representing European farmers and cooperatives said that in France, production was expected to rise 16% to 44 million hectolitres, echoing a farm ministry estimate from the EU’s second largest wine producer. (Full Story)

It said that in top producer Italy wine output was expected to be virtually stable on year, although it did not give a detailed forecast

In contrast, output fell 10.5% in Spain after vineyards suffered from the lack of rain and water, it said. 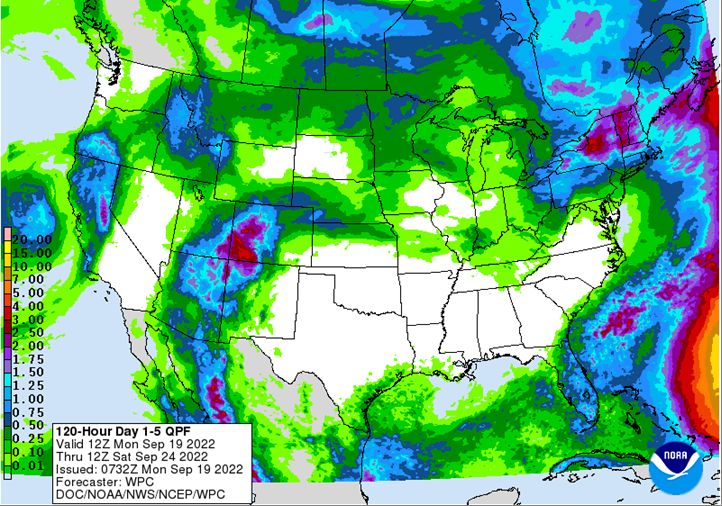 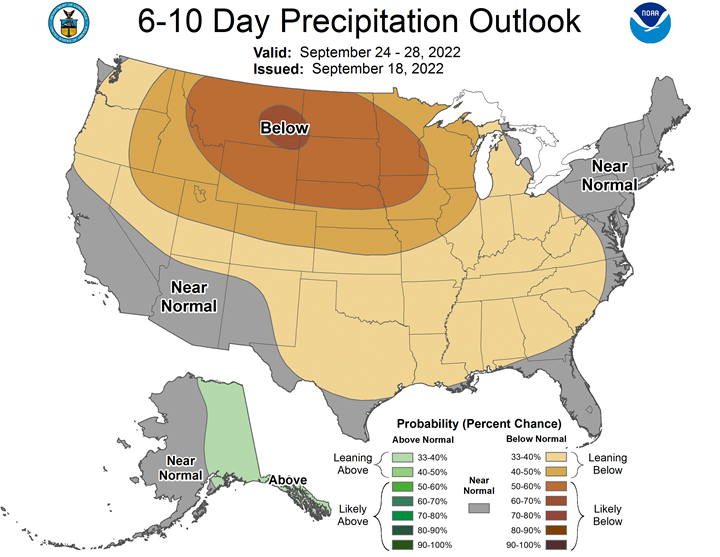 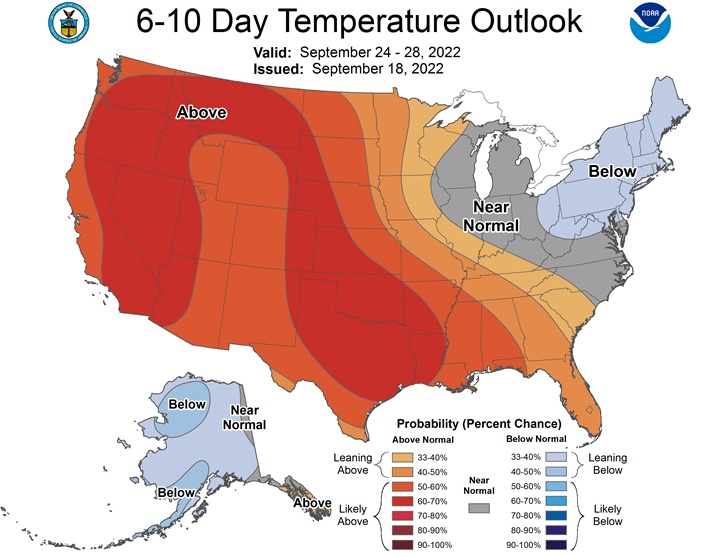 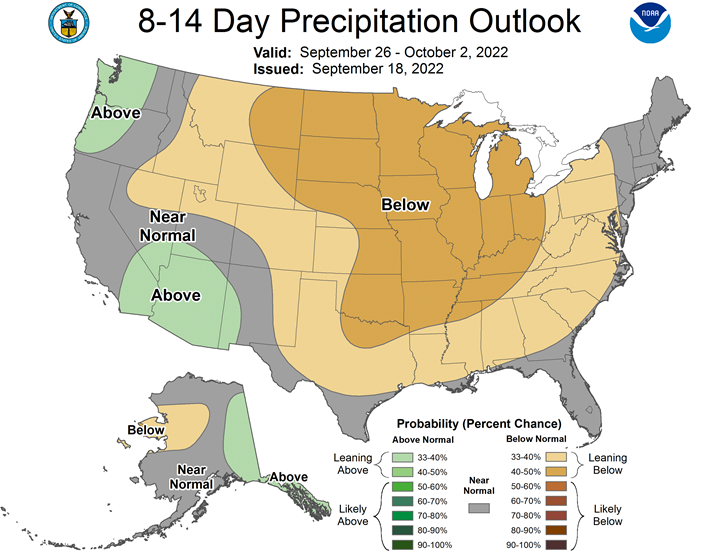 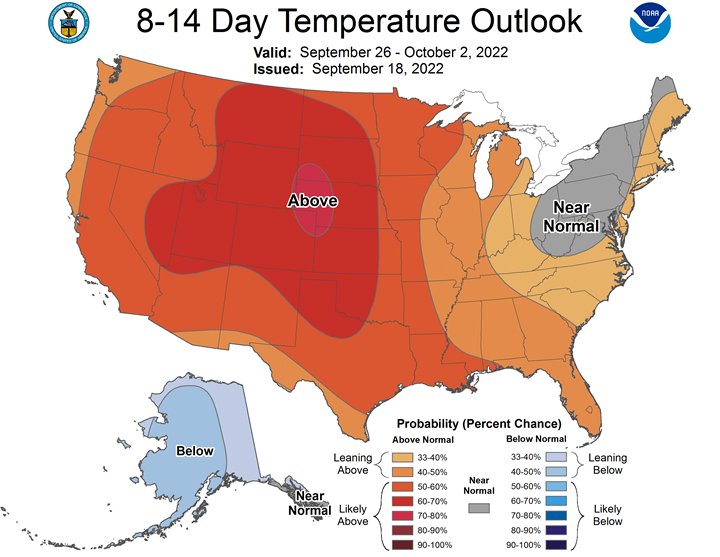 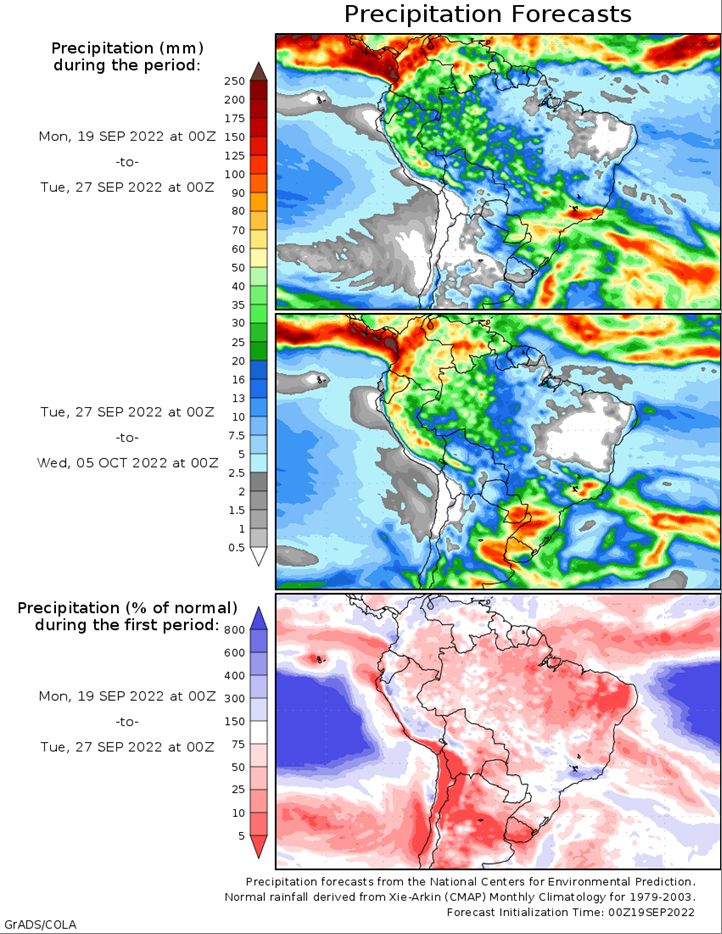 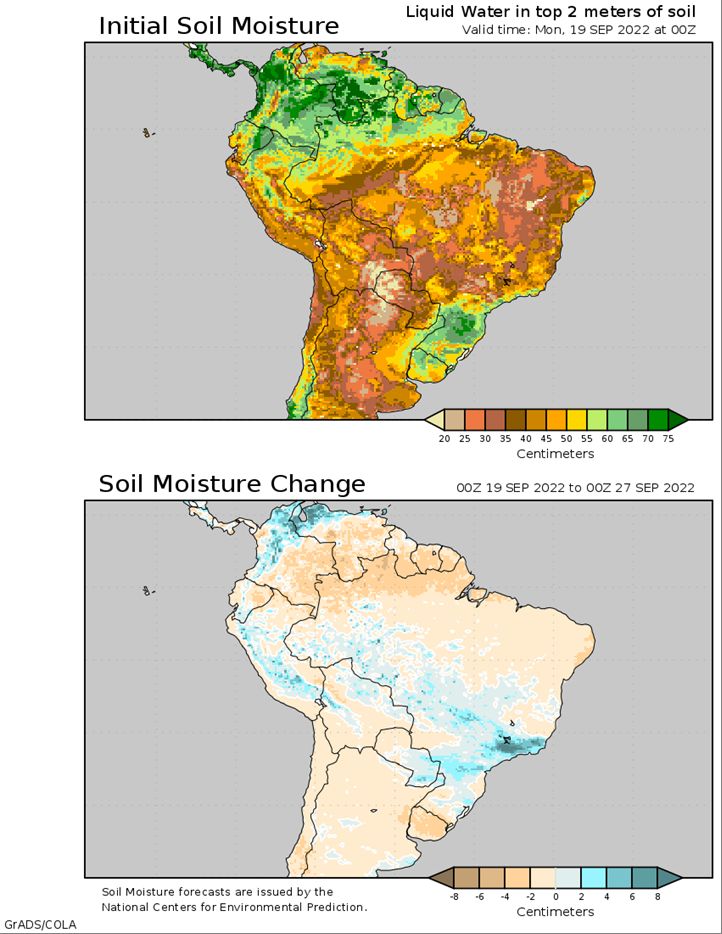