Russian President Vladimir Putin called a “partial mobilization” and vowed to annex territories his forces are occupying. In a televised address, he described the moves as “urgent, necessary steps to defend the sovereignty, security and territorial integrity of Russia.”

Russian Defense Minister Sergei Shoigu said in a television interview that as many as 300,000 troops would be called up, with the move a gradual one. The Kremlin is set to stage hastily-organized referendums on absorbing four occupied regions in eastern and southern Ukraine as soon as this weekend in its latest escalation of the invasion.

Output and stockpile projections for the week ending Sept. 16 are based on six analyst estimates compiled by Bloomberg.

EU soft-wheat exports during the season that began July 1 reached 8.06m tons as of Sept. 18, compared with 8.07m tons in a similar period a year earlier, the European Commission said on its website.

Stocks of hard spring wheat stored in Minnesota and Wisconsin warehouses fell to 16.855m bushels in the week ending Sept. 18, according to the Minneapolis Grain Exchange’s weekly report.

Harvest is 40% complete, lagging the five-year average of 71%, the province’s agriculture ministry says Tuesday in a report.

Ukraine’s 2023 wheat harvest may decrease to 16-18 million tonnes from 19 million tonnes in 2022 due to an expected fall in the winter wheat sowing area, first deputy agriculture minister Taras Vysotskyi said on Tuesday.

Ukrainian agriculture officials have said the area under winter wheat could fall by at least 20% as farmers prefer to sow oilseeds which are more expensive and have stable export demand.

Argentina’s central bank has tightened access to the foreign exchange market by soybean exporters as it decided they are no longer allowed to trade on alternative markets, hitting the local peso on Tuesday.

The Argentine currency weakened 2.11% to 285 per dollar in the parallel black market following the central bank move, which was announced late on Monday.

According to the measure, soybean exporters selling the oilseed through the so-called “export incentive program,” which entails a higher exchange rate, are not allowed to buy foreign currencies starting Tuesday.

Soybean sales during September have a special rate of 200 pesos per dollar as the central bank seeks to boost its own reserves.

Exporters were also blocked from trading foreign currency-denominated securities – even though the measure “does not apply to human beings,” the central bank added.

A trader said limiting cash liquidations is set to put pressure on the dollar’s black market.

“Nobody wants to hold on to pesos.”

In the official market, the Argentine peso was trading down 0.2% at 144.6 per dollar on Tuesday.

Brazilian corn export estimates were revised lower on Tuesday, narrowing the chance of a monthly record in shipments, according to data from the National Association of Cereal Exporters (Anec).

Anec reduced September’s corn export estimate by more than 200,000 tonnes, to up to 7.618 million tonnes. This compares to exports as high as 7.880 million tonnes predicted last week for the current month. (Full Story)

Had Anec maintained last week’s view on corn exports, Brazilian shipments in September could have surpassed the 7.670 million tonnes from August 2019, the monthly record so far.

Analysts predict that Brazil could export more than 40 million tonnes of corn this year, in part to fill a supply gap in Ukraine, a major exporter.

If they are right, Brazil may once again become the second biggest global corn exporter, behind the United States.

In spite of a slightly lower forecast for September, Brazil is on track to ship the largest monthly volume for this year, surpassing August’s total — when corn exports reached about 6.9 million tonnes.

Anec’s data is based on shipping schedules, and the actual pace of shipments depends on factors such as the weather at ports.

Anec estimates corn exports of 26.5 million tonnes between January and September, above the 20.6 million tonnes for the whole of 2021, when a drought reduced supply and curtailed trade.

Soybean exports from Brazil may reach up to 4.152 million tons in September, compared with 4.471 million estimated in the previous week, which implies a reduction of 550,000 tonnes from the same year ago month.

This year, Brazilian soybean exports are weaker due to the crop failure in the south of the country and reduced demand from China.

China, the world’s biggest importer of soybeans, has massively increased its purchases from Argentina after the South American country devalued its currency for farmers, sparking a deluge of sales.

China booked as much as 3 million tons in the past two weeks, according to people familiar with the matter, who asked not to be identified as they’re not authorized to speak publicly. That’s almost as much as the roughly 3.75 million tons it imported from Argentina all of last year, and risks eroding demand for the US harvest just as American farmers are starting to gather their crop.

Earlier this month, Argentina’s cash-strapped government temporarily devalued the peso for the soy industry, triggering an influx of low-priced supplies onto the global market as farmers rushed to sell their stockpiles. The central bank said on Monday that it would tighten currency controls for soy exporters, which may slow the frenetic pace of sales during the rest of the month.

The import cost for Argentina soybeans for October delivery is about 200 yuan ($28.35) a ton cheaper than US and Brazilian cargoes because of the change in exchange rate policy, a unit of Chinese brokerage COFCO Futures said in a note. That makes processing Argentina beans more profitable in China.

The US Department of Agriculture last week cut the estimate for US production in 2022-23 by more than 4 million tons, sending futures in Chicago sharply higher. The benchmark contract rose about 0.3% on Wednesday.

The purchases are mainly for loading in the next couple of months, said the people. Chinese soy processors crush beans to produce meal, mainly to feed the country’s massive hog herd. Domestic soy meal prices have jumped about 10% in the past month. The buying spree will ensure China is well stocked for the coming months during a seasonally strong period for pork consumption.

Following is a table of Malaysia’s palm oil export figures, according to estimates by independent cargo surveyor SGS Malaysia Sdn.

The plan calls for Taiwan to acquire $600m worth of corn products from the top US producing state in 2023-24, according to a statement from the Iowa Corn group.

China will release 14,400 tonnes of frozen pork from its state reserves on Sept. 23, according to a notice from the reserves management centre on Wednesday.

Beijing has said it will release pork ahead of the upcoming National Day holidays in October to keep prices of the nation’s favourite meat steady during a period of strong demand. 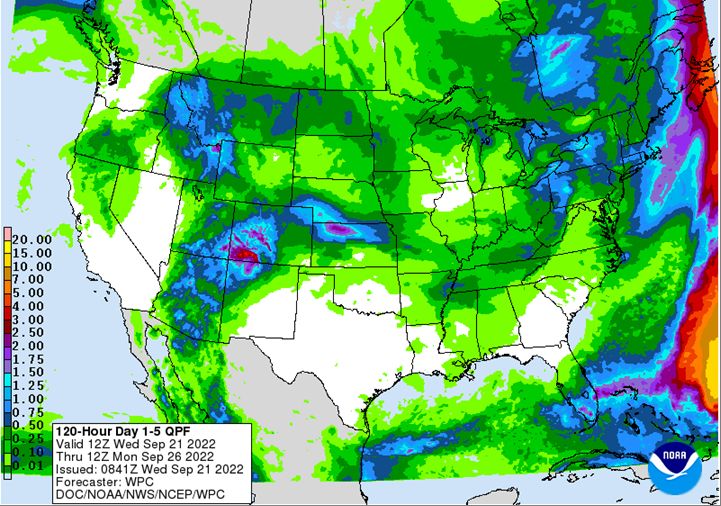 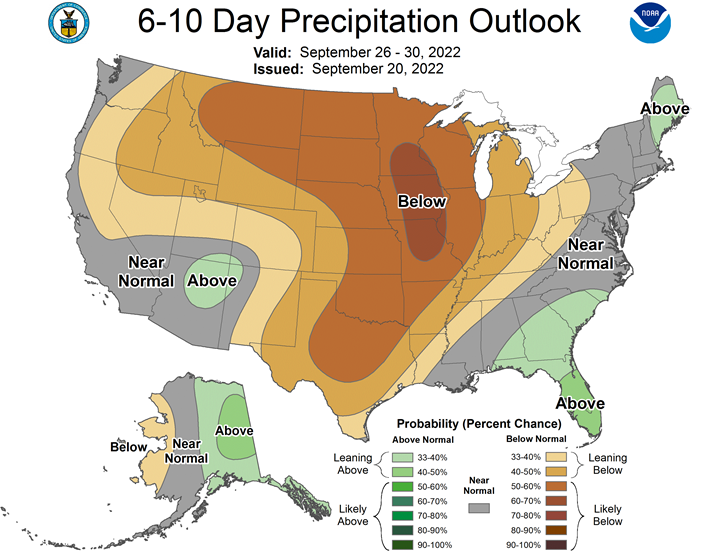 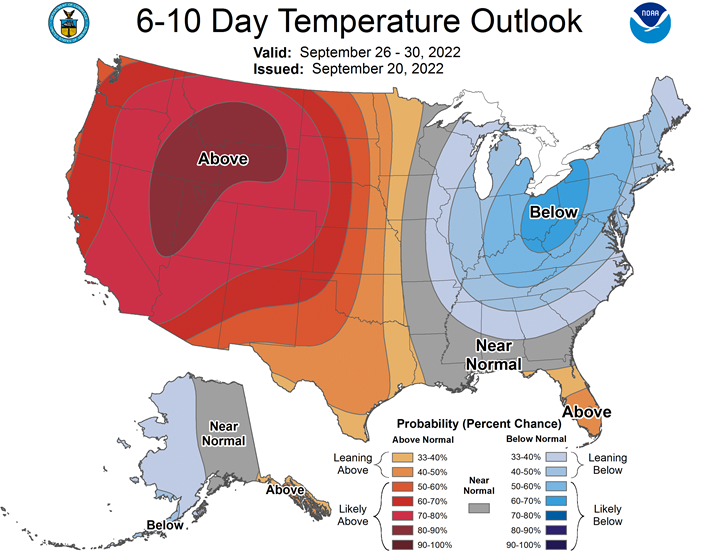 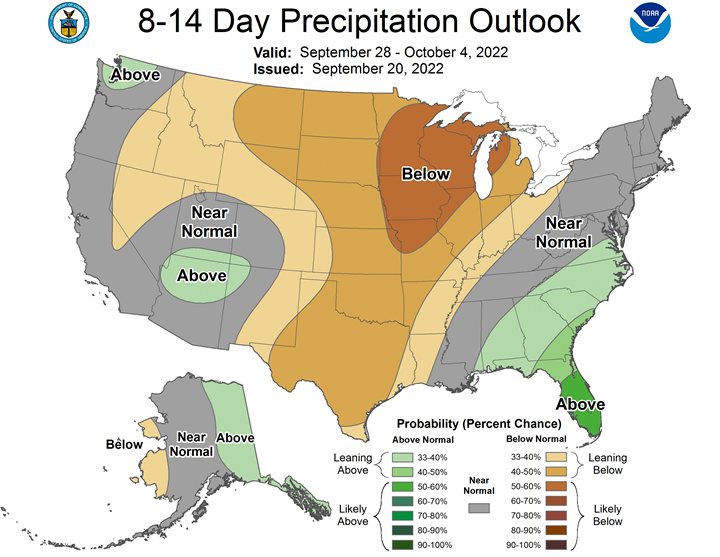 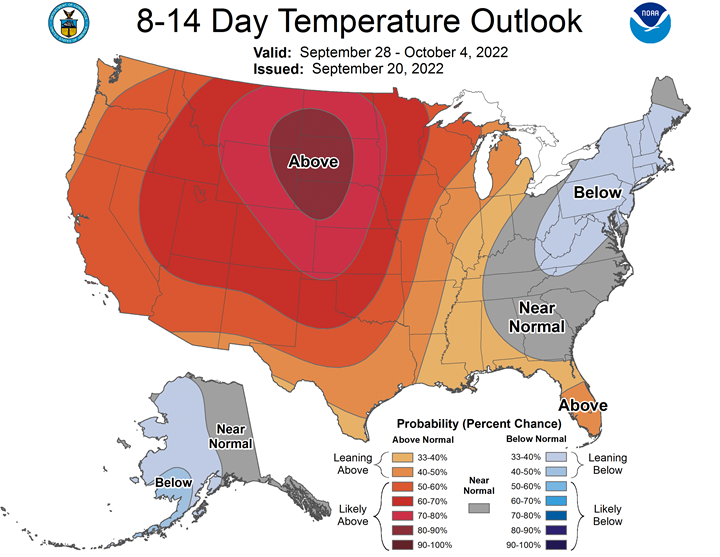 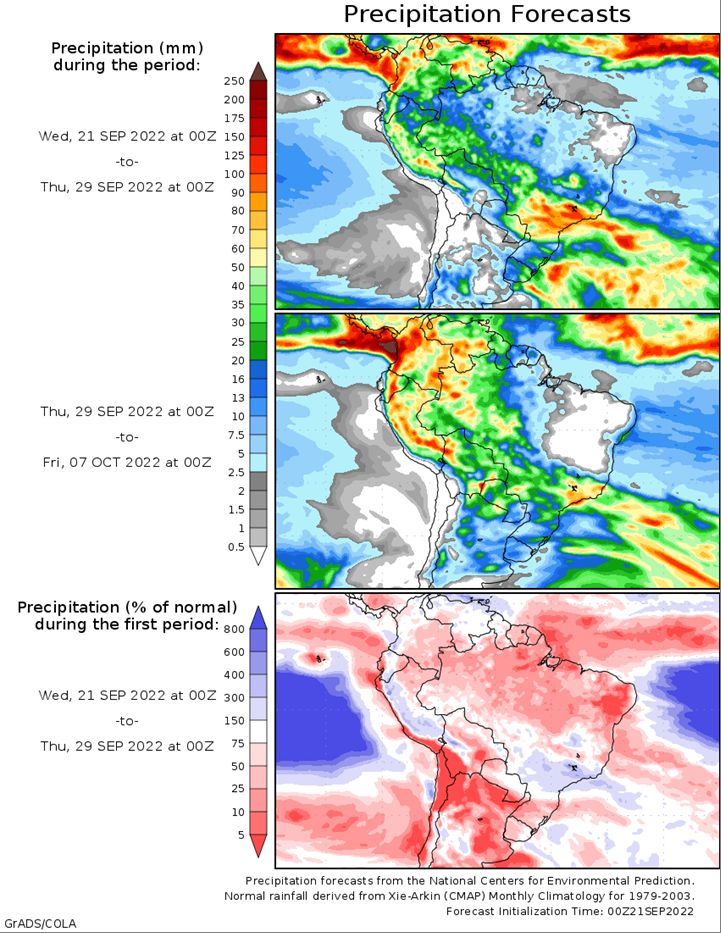 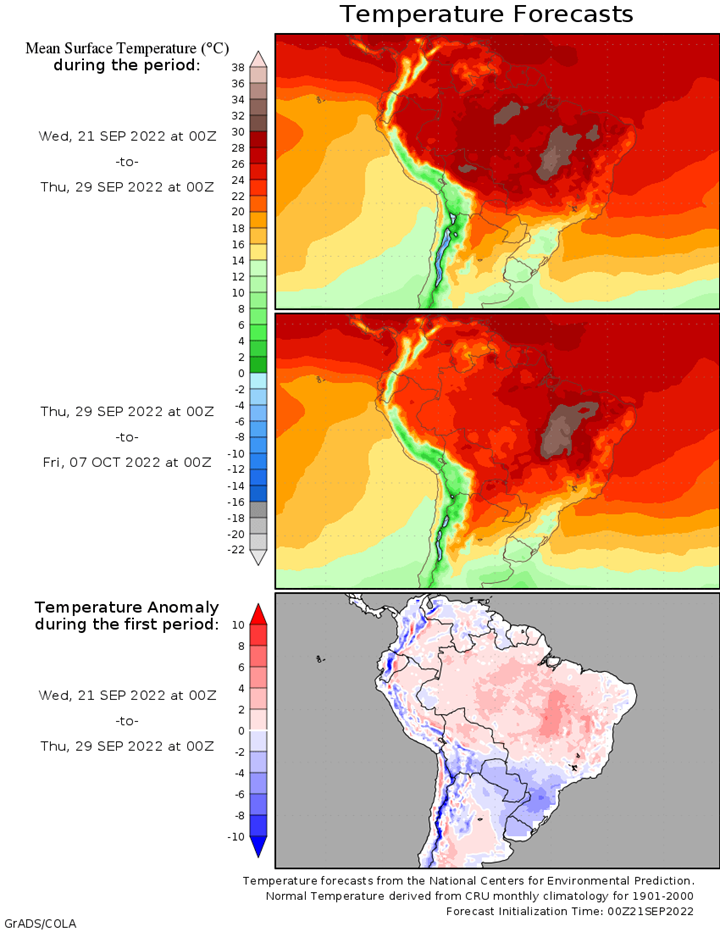