Northern Plains Forecast: A low-pressure system is pushing a cold front through the Northern Plains on Tuesday. A stronger low center will develop on the front Wednesday night which will bring much more widespread and heavier precipitation through the region, with any rain turning over to heavy accumulating snow. Some areas are likely to see over 12 inches of accumulation in the Dakotas. With strong winds developing, blizzard conditions will be possible Thursday into Friday. Very cold air will follow behind the system, lasting through next week with a couple of reinforcing shots of arctic air and some light snow.

Central/Southern Plains Forecast: The Central and Southern Plains will see some isolated showers Wednesday, but a stronger storm will develop Wednesday night. Most of the precipitation will occur north of the region, but there could be a line of stronger storms developing for eastern areas Thursday. Strong winds will develop with the system as well, which continues to dry out soils. Much colder air follows the system, with colder air lasting through most of next week. A cold front will push through in the middle of next week with some additional showers and potential for accumulating snow. There is some limited potential for precipitation over southwestern areas, but this will likely leave this region dry, as wheat may start to go dormant in poor condition.

Midwest Forecast: Scattered showers went through the middle of the Midwest over the weekend, with moderate to heavy rain for Missouri up through Wisconsin and northwestern Michigan, which may help river levels on the Lower Mississippi. A front will bring rain to northwestern areas through Wednesday, but a stronger storm will push through Thursday and Friday with strong winds and potential for heavier showers across the north and a push of colder air. Some snow will be possible in Minnesota. The colder air will last through next week with a couple of reinforcing shots that may also bring some isolated showers, mostly in the form of snow.

Brazil Grains & Oilseeds Forecast: Isolated showers will start to return to central Brazil on Wednesday while it will take until Friday to get into southern Brazil. The showers will not last long over southern areas as another front clears out the area on Monday. If showers disappoint, soil moisture in southern areas will decline, starting to impact corn and to a lesser extent, soybeans. Showers next week may still be possible for southern areas, but unlikely. Central areas should fare better with showers continuing.

Argentina Grains & Oilseeds Forecast: Isolated showers will move into Argentina on Wednesday but will be cleared out of the country on Sunday. A long period of dryness has had a significant effect on filling wheat as well as corn and soybean planting and establishment. Showers may still go through next week with a couple of weaker cold fronts but will likely be isolated. If showers disappoint this week, the drought will likely start to damage corn and soybeans, as well as push back planting even further.

Output and stockpile projections for the week ending Nov. 4 are based on five analyst estimates compiled by Bloomberg. 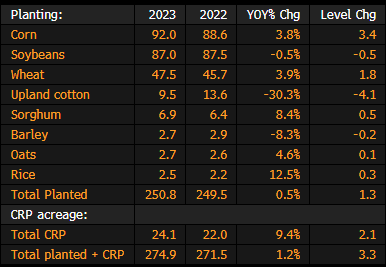 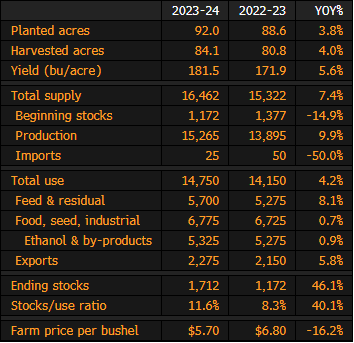 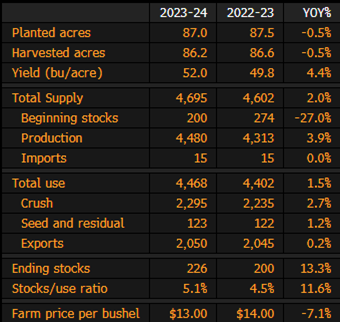 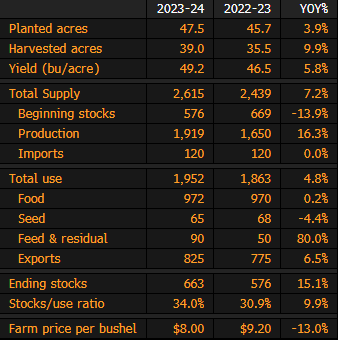 China cuts estimate for 2022-23 cotton imports to 1.85 million tons, down 200,000 tons from a previous forecast, according to the latest China Agricultural Supply & Demand Estimates.

French soft-wheat exports outside the EU are now seen at 10m tons in the 2022-23 season, crops office FranceAgriMer said in a report Wednesday.

Argentine farmers sold as of last week about 72% of the current soybean harvest, government data showed on Tuesday, a key crop especially important since it helps generate much-needed hard currency for the country’s cash-strapped government.

During the same time last season, farmers sold a little over 73% of the soybean harvest.

Argentina’s powerhouse agricultural sector is one of the world’s top soybean, corn and wheat exporters, but has recently been hit by drought and untimely cold snaps expected to undermine grains output.

Total soy production from the 2021/2022 harvest is seen at 44 million tonnes, according to agriculture ministry data.

Meanwhile, Argentine farmers have sold 70% of the 59-million-tonne 2021/2022 corn crop, according to the ministry, about two percentage points down from sales notched during the same period in the previous season.

The 2022/2023 season’s corn plantings, which kicked off in September, were delayed by extended drought which forced farmers to cut the area planted with corn to its lowest level in six years, according to data from the Rosario grains exchange.

Due largely to dry weather, the exchange recently lowered its wheat production forecast to 13.7 million tonnes.

Argentina’s transport ministry mediated talks that led to an agreement to increase by 35% the reference rate per kilometer to transport grain and oilseed products and their derivatives, according to a govt statement.

Cargo providers, grain collectors and the Argentine Rural Society participated in the talks, according to the statement

10 trains loaded with grain that were destined for Vancouver’s north shore were parked in the week ended Nov. 5, Canadian Pacific Railway says Tuesday in a report.

European Union soybean imports in the 2022/23 season that started on July 1 had reached 3.88 million tonnes by Nov. 6, against 4.29 million by the same week in the previous season, data published by the European Commission showed on Tuesday.

EU soymeal imports over the same period totalled 5.60 million tonnes, unchanged from the prior season, while palm oil imports stood at 1.21 million tonnes versus 2.10 million in 2021/22. 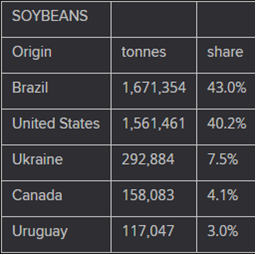 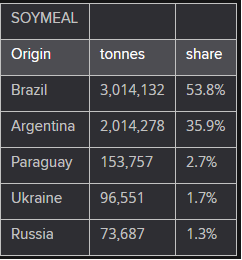 Agricultural production rose 1.8% from a year ago in the third quarter, Philippine Statistics Authority says on website.

Corn oil prices skyrocketed 78% to $3,400/MT in June 2022, causing the gross profit margin for renewable diesel produced from 100% corn oil to fall to -$4.18 per gallon, according to BNEF estimates. As a result, the use of corn oil to make bio-based diesel in California fell 10% quarter-on-quarter, with producers instead turning to alternate feedstocks such as used cooking oil and tallow.

Drought in South America and Indonesia’s brief ban on palm oil exports have tightened the global vegetable oil market, including corn oil. Fortunately, most bio-based diesel plants can utilize a variety of feedstocks, so the use of corn oil to make bio-based diesel in California fell 10% in 2Q, with used cooking oil and tallow gaining market share.

The US is the largest corn oil producer in the world due to its massive corn ethanol industry, of which corn oil is a byproduct. Yet it is increasingly in competition with waste feedstocks due to their lower carbon intensity. This price spike is further exacerbating that trend.

Even with easing prices in recent months, it has become harder to get fertilizer around the globe, says Gro Intelligence. In a partnership with the Gates Foundation, the International Fertilizer Association, and the CRU Group, the agencies forecast that fertilizer shortages may cause anywhere from 143 trillion calories to 216 trillion calories less of food to be produced. Ukraine looks to see the biggest drop-off in food production, with the amount of calories grown there expected to fall anywhere from 22% to 42%. In its latest assessment, DTN says that retail fertilizer prices are mostly trending lower in the US, although they remain at historically high levels.

The Champion Pula vessel carrying 43k tons of sunflower oil for China left the port of Yuzhny/Pivdennyi under the Black Sea Grain Initiative, according to a statement Tuesday from the Joint Coordination Centre that facilitates the pact.

Ukraine wants the Black Sea grain export deal expanded to include more ports and goods, and hopes a decision to extend the agreement for at least a year will be taken next week, Ukraine’s deputy infrastructure minister said on Tuesday.

The deal, which eased a global food crisis by unblocking three major Ukrainian ports during Russia’s invasion, expires on Nov. 19 and briefly appeared imperilled last month when Moscow suspended its participation in the deal before rejoining again.

“(We) are already very late (giving) clear information to the market about the extension (of the agreement),” Yuriy Vaskov, the deputy minister, told Reuters in an interview.

“We hope that no later than next week from our partners Turkey and the UN we will have an understanding and the whole market will also have a clear signal about the further functioning and continuation of the initiative,” he said.

The deal has allowed about 10.5 million tonnes of Ukrainian food, mainly grain, to be delivered to foreign markets since it was agreed in July under the mediation of Turkey and the United Nations.

Vaskov said Ukraine had offered an extension of at least one year to Turkey and UN, as well as a broadening of the deal to include the ports of the southern Mykolaiv region, which provided 35% of Ukrainian food exports before Russia’s invasion.

Kyiv has also demanded that mandatory inspections of ships that are involved in food transportation be “streamlined”, as Kyiv believes Russia is deliberately slowing down inspections to reduce the speed of exports, he said.

“We are already … demanding inspections be streamlined or inspections of departed (ships) be cancelled, because it makes no sense. Or else increase the number of inspection teams,” Vaskov said.

He noted that exports under the agreement could amount to 15 million tonnes, if Russia did not delay the inspection of ships.

Vaskov said that inspectors of the Joint Center that oversees the deal conducted only 12 inspections per day, but that it was necessary to make 25-30 inspections.

“When Turkey and the UN did their own inspections, they proved it was possible to carry out more than 40 inspections a day. Now that Russia has returned … we again have a total of 12 inspections per day,” he said.

“They do not explain (the reason for the delays), but they also do not hide that they are doing this in order to complicate the work of the corridor,” said Vaskov.

Vaskov said neither the UN nor Turkey had informed Kyiv about the conditions for extending the agreement put forward by Russia.

Moscow has said it has received guarantees the grain corridor will not be used for military purposes. The UN has said that it would continue working on easier conditions for the export of the Russian fertilisers.

Vaskov said Kyiv advocated the exclusively peaceful use of the grain corridor, and that the current agreement involved the export of fertilizers.

However, he said that so far there had not been a single application from ships wishing to transport ammonia from Ukrainian ports.

“Ukraine has confirmed and confirms now that the grain corridor is only for ships that take part in the initiative – both in the past and in the future,” the deputy minister said. 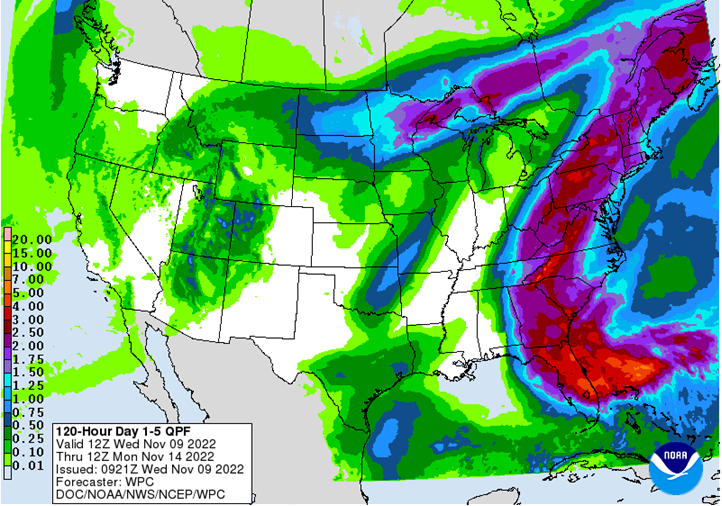 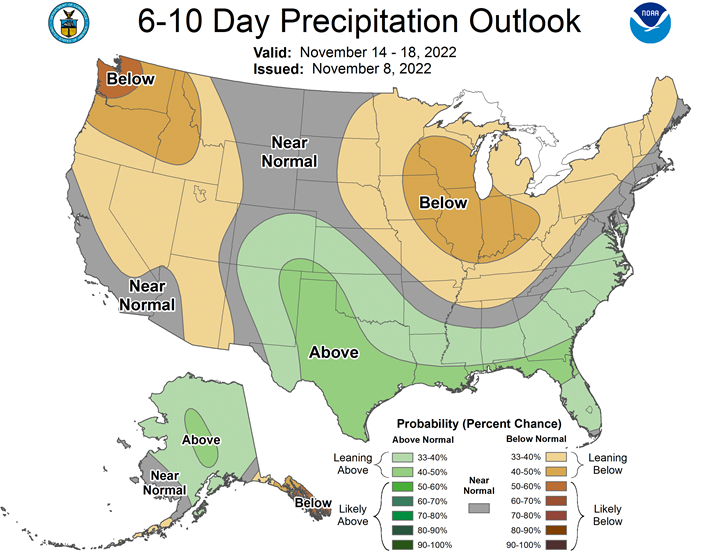 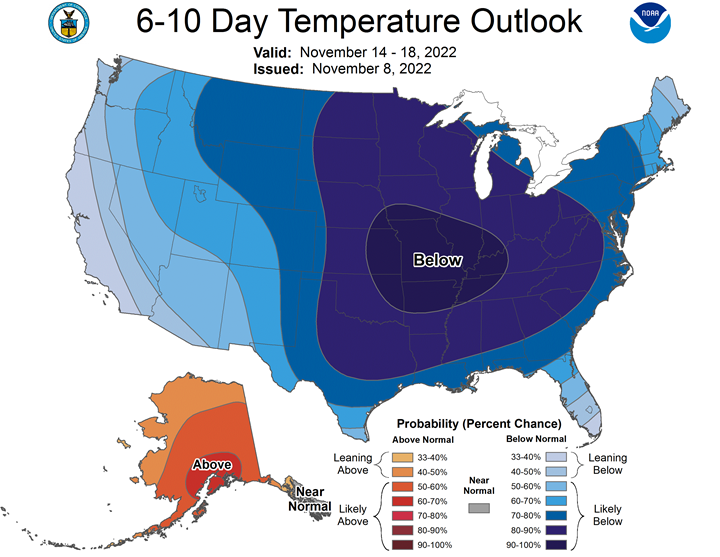 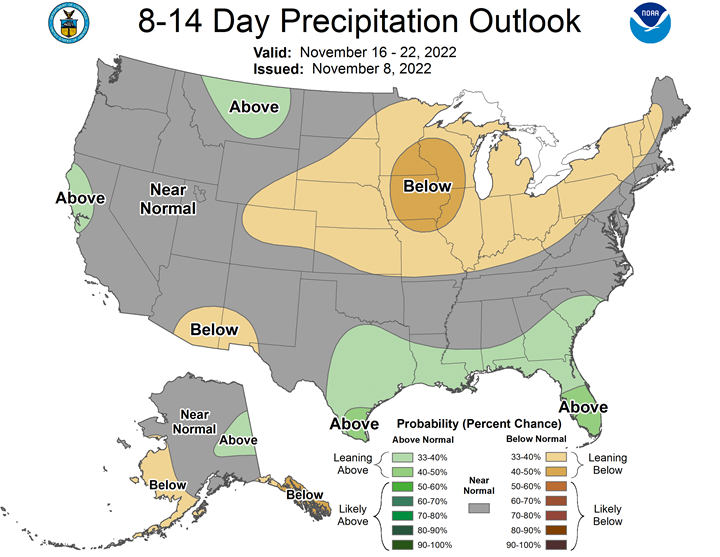 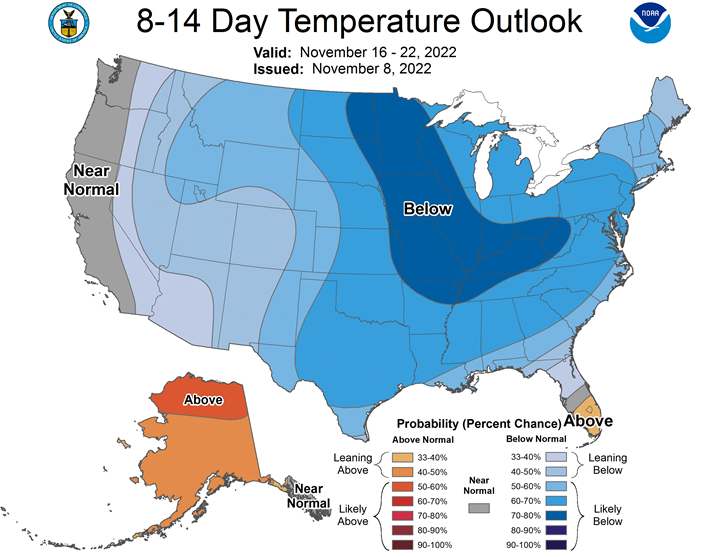 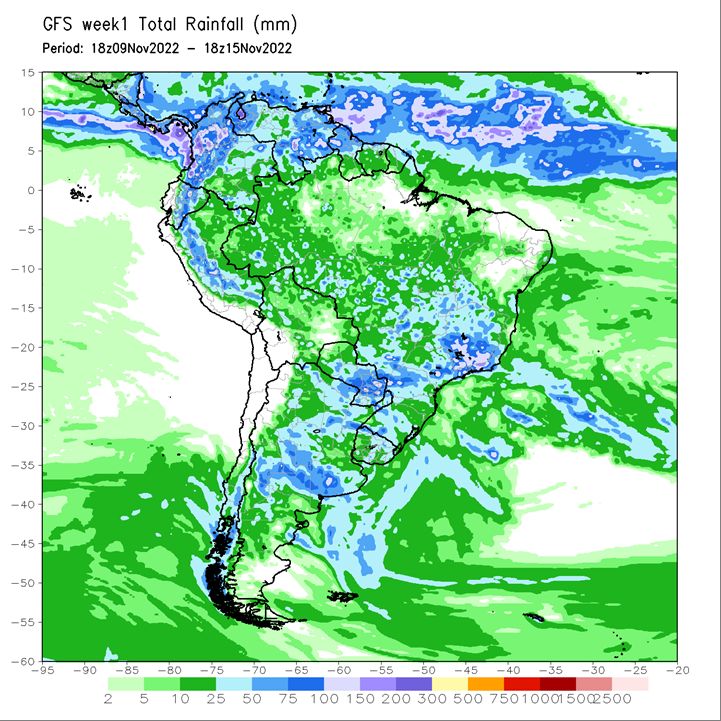 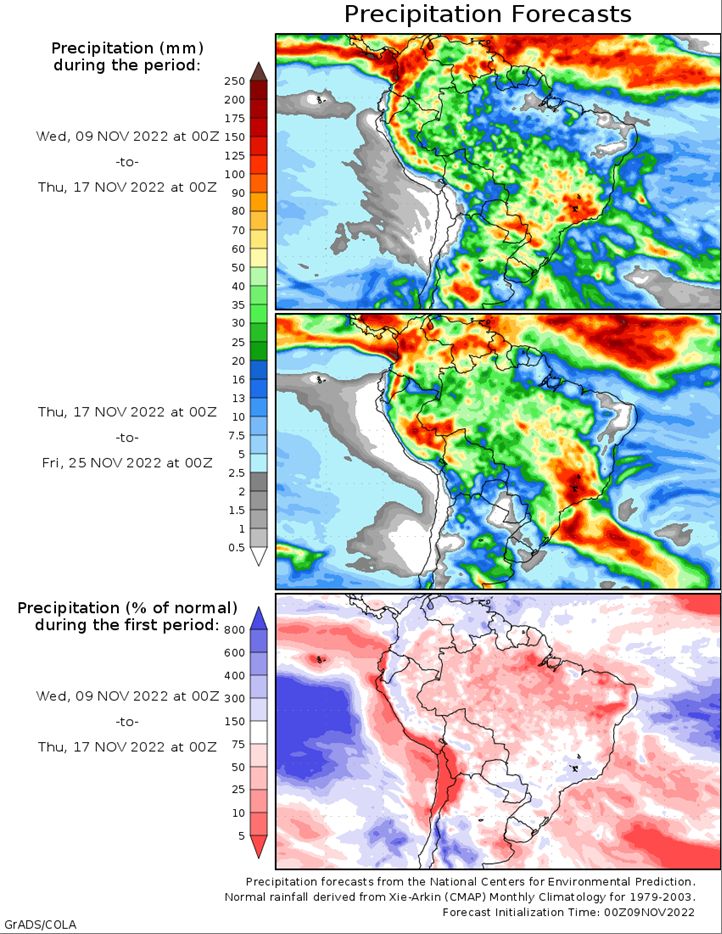 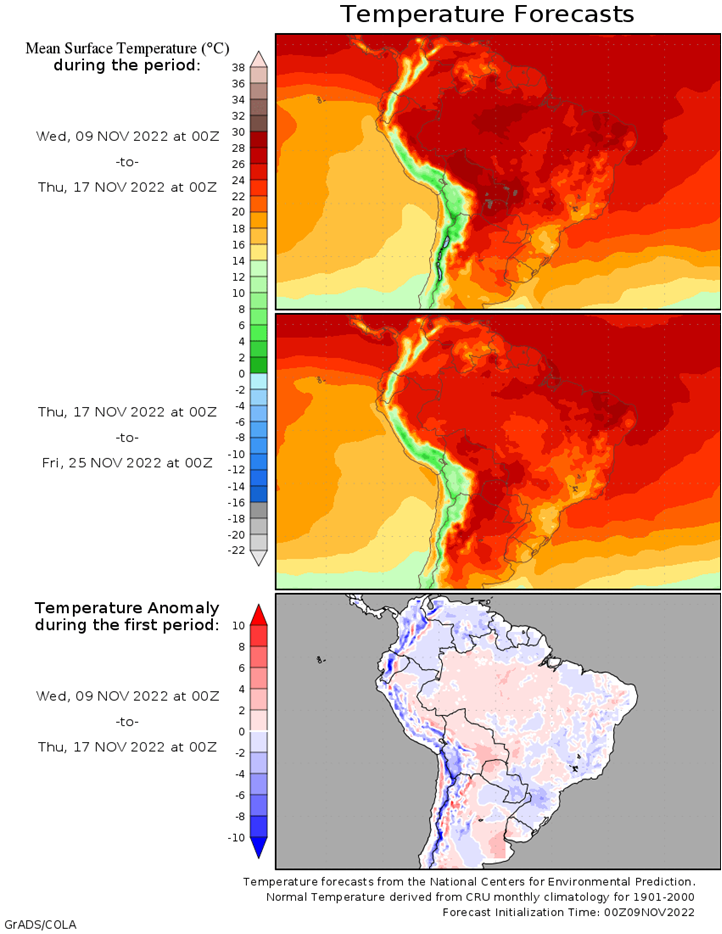