Russia wants no disruption of global food security efforts, Russia’s deputy foreign minister said in an interview with the Izvestia daily, signalling that a deal allowing Ukraine to export grain via the Black Sea could be rolled over smoothly.

The deal is due to roll over on Nov. 19 unless there are objections. Moscow has said its agreement depends on provisions to ensure it can export its own grain and fertiliser despite the obstacles created by Western sanctions.

“We are people for whom the humanitarian dimension of the issue is not an empty word,” Sergei Vershinin was quoted as saying in the interview released by Izvestia early on Wednesday.

Both Ukraine and Russia are major global grain exporters. Russia is the world’s largest wheat exporter and a major supplier of fertilisers, crop and soil nutrients, to global markets.

If Western statements about exemptions from sanctions for Russia’s food exports are put into practice, “everything would continue on normal terms” for the Black Sea grain deal, he said.

When asked if Russia would support Turkey’s recent proposal to remove a time-frame from the deal, he said that the current duration period – 120-days – seems “justified.”

Vershinin also said that the state lender Rosselkhozbank, which has been a main part of Russia’s demands in the topic, was ready to provide guarantees for dealing with food and fertiliser transactions only if its access to the international SWIFT bank payments system was restored, Izvestia said.

On November 2, Refinitiv raised 2022/23 U.S. corn production to 13.9 [13.7–14.1] billion bushels due to good weather conditions and rapid harvest pace in the Corn Belt. With corn consumption for ethanol below trend and corn exports at a 6-year low, the feed and residual corn use is the only category taking advantage of the increased U.S. corn supply.

The beef industry is on high demand in the U.S. On November 15, the CME feeder cattle index, which indicates the feeder cattle demand, was at $175.23. This represents 5.98% over YTD and 5-year high levels. In addition, the accumulated U.S. beef exports reached 806.9 thousand metric tons (M.T.) for the third week of November. Japan and Korea continued to be the primary buyers of U.S. beef. In November, the USDA set the Grain Consuming Animal Units (GCAU) at 99.24, only 0.75% below the previous season.

The livestock inventories are recovering, and the prices are increasing with the raised demand. Besides, corn prices have decreased with a clearer supply picture, resulting in better profits for the sector. Refinitiv increases 2022/23 Feed & Residual Corn Use to 5,363.35 MBU, a 1.6% increase from the last update, and 63.35 MBU above USDA November’s projection.

Argentine farmers’ soybean sales inched up last week, reaching 72.2% of the 2021/22 harvest of the crop, data from the Agriculture Ministry showed on Tuesday, slightly behind the 74.2% sold at the same point last year.

Argentina is the world’s top exporter of processed soy meal and soybean oil, an important input for animal feed. It is also the No. 3 corn exporter globally and an important producer of wheat despite a drought that has hammered the crop.

Farmers sold about 249,300 tonnes of soy from Nov. 3-9, down by nearly half compared with the same week during the previous season, the data showed. Argentina’s 2021/22 soy harvest is estimated at 44 million tonnes.

Soybean sales had surged in September to 13.3 million tonnes, around three times the monthly average, after the government issued a preferential exchange rate to spur producers to offload inventory and bring in much-needed foreign currency.

Argentina’s 2022/2023 soybean planting season, severely delayed by drought, is expected to pick up speed thanks to rains over the weekend, although the rainfall fell short of what was needed in three-quarters of the Pampas region, the Rosario grains exchange said in a report.

Argentine farmers have also sold 70.4% of the 59 million-tonne 2021/2022 corn crop, according to the ministry, about 2 percentage points down from sales notched during the same period in the previous season.

Planting of 2022/2023 corn, which kicked off in September, was delayed by drought which forced farmers to cut the area planted with corn to its lowest level in six years, according to data from the Rosario grains exchange.

The exchange recently lowered its wheat production forecast to 11.8 million tonnes due to drought and frost. On Thursday, the government will share its first estimate for the 2022/2023 wheat harvest.

The UK is likely to plant 1.803m hectares of wheat in the 2023 season, down just 0.1% from the current year, according to results of an annual farmer survey posted by the Agriculture & Horticulture Development Board.

EU soft-wheat exports during the season that began July 1 reached 13.35m tons as of Nov. 13, compared with 12.19m tons in a similar period a year earlier, the European Commission said on its website.

Soybean production in the year that began on Oct. 1 may climb from 11.9m tons in 2021-22, according to the Soybean Processors Association of India.

The U.S. Department of Agriculture has no time frame for re-launching upgrades to its weekly export sales reports after a failed roll-out in August, and will spend the first quarter working with exporters to address any problems, a USDA official said on Tuesday.

Exporters are required by law to report sales of U.S. agricultural commodities to the USDA’s Foreign Agricultural Service, which reports weekly export sales each Thursday. The reports are closely watched by grain and livestock traders.

Technical problems forced the USDA to retract its first export sales report on the new system on Aug. 25, sending traders scrambling. The agency then withheld further reports for three weeks, until Sept. 15, when the government resumed releasing reports through its legacy system.

In early 2023, the USDA plans to hold training webinars with exporters and collect feedback about the government’s new 2.0 export sales reporting system, and resolve any issues before the government attempts another roll-out.

“We have yet to develop a time frame for another launch attempt for the 2.0 system, but we hope that much of the engagement with industry will occur in the first quarter of the next calendar year,” Patrick Packnett, a deputy administrator with the Foreign Agricultural Service, said in an online USDA data meeting on Tuesday.

“We understand how important this data is to our agricultural stakeholders and we truly regret the lapse in data availability that resulted from the unsuccessful launch of the system,” Packnett said.

The USDA plans to survey data users and test its new system with exporters before assessing when to schedule another launch, he said.

The government is also working on a way to offer a preview of the new export sales system, Packnett said. He described the existing legacy system as “antiquated.”

Food security is about tens of thousands of products, with different rules that govern how they grow, and climate change is constantly disrupting those flows, Gro Intelligence CEO Sara Menker said in a Bloomberg TV interview.

“All it takes is one really bad crop, let’s say in North America or South America, to really send prices higher,” he said at the Bloomberg New Economy Forum in Singapore on Wednesday.

World food costs jumped to a record in March after the Russian invasion of Ukraine choked off supplies from one of the world’s top exporters. Prices have since declined after a UN-brokered deal to allow ships with Ukrainian grain to pass safely through the Black Sea. Talks are currently taking place to renew that agreement, which expires on Nov. 19.

MacLennan said the solution to the food-versus-fuel debate is to boost global crop production. “We don’t think it’s going to be an either/or dynamic,” he said. “It can be food and fuel.” Regenerative agricultural practices, greater yields and more use of technology can increase output so that it can meet demand from both sectors, he said.

Other points from MacLennan:

The U.S. Department of Agriculture (USDA) will permanently include updated acreage estimates for corn, soybeans, sorghum and sugarbeets in its monthly U.S. crop production reports every September, a month earlier than in most prior years, an official with the agency’s statistical arm said on Tuesday.

Before 2021, the USDA published acreage updates for those crops in its October reports. But for the last two years, the government said its data was “sufficiently complete” to include in its September editions.

The USDA will continue with the September acreage revisions going forward, Lance Honig with the USDA’s National Agricultural Statistics Service said in an online USDA data meeting on Tuesday.

The USDA will not release acreage adjustments for those crops in October or November, unless unusual circumstances, such as a weather event, require revisions, Honig said. 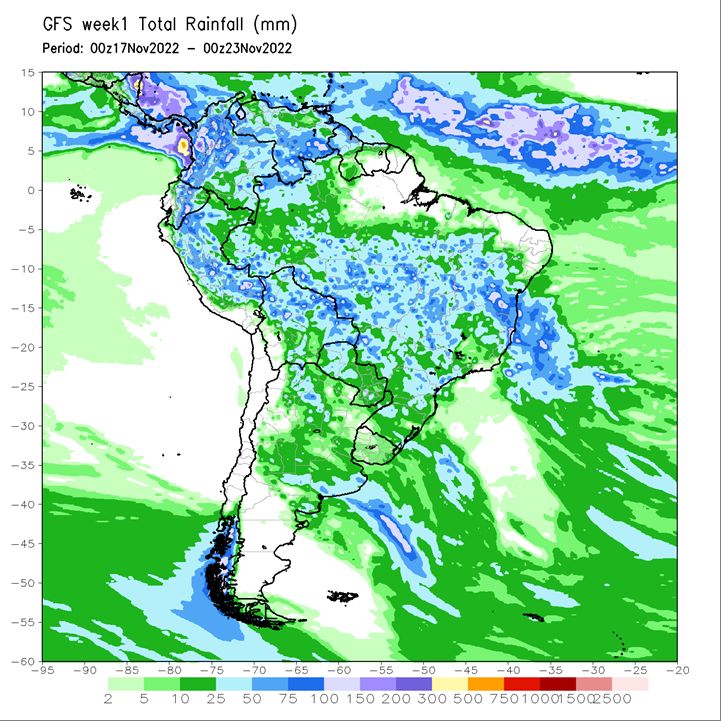 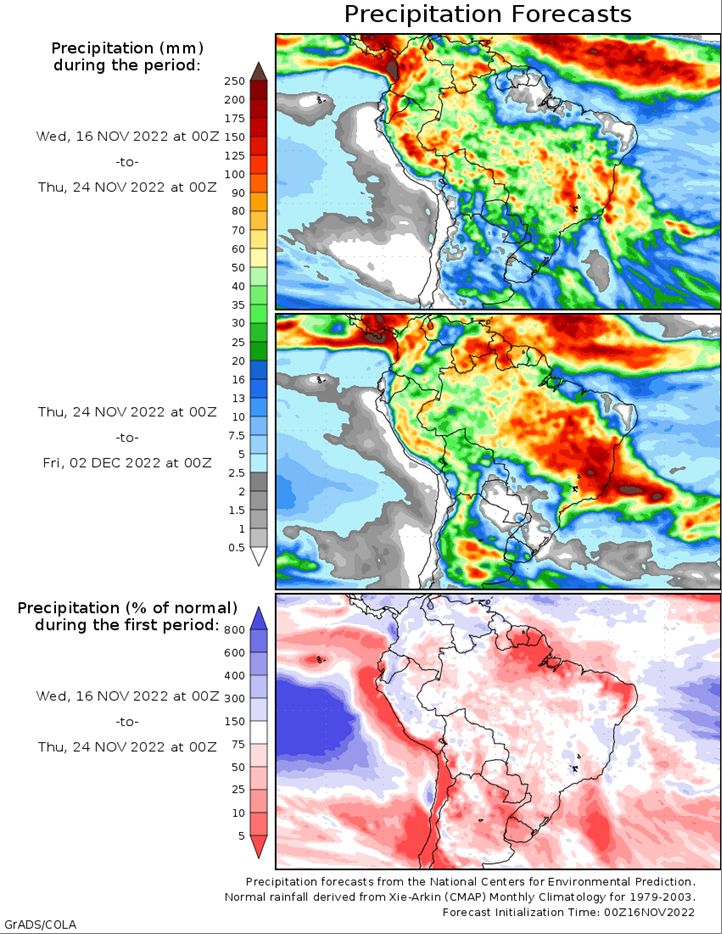 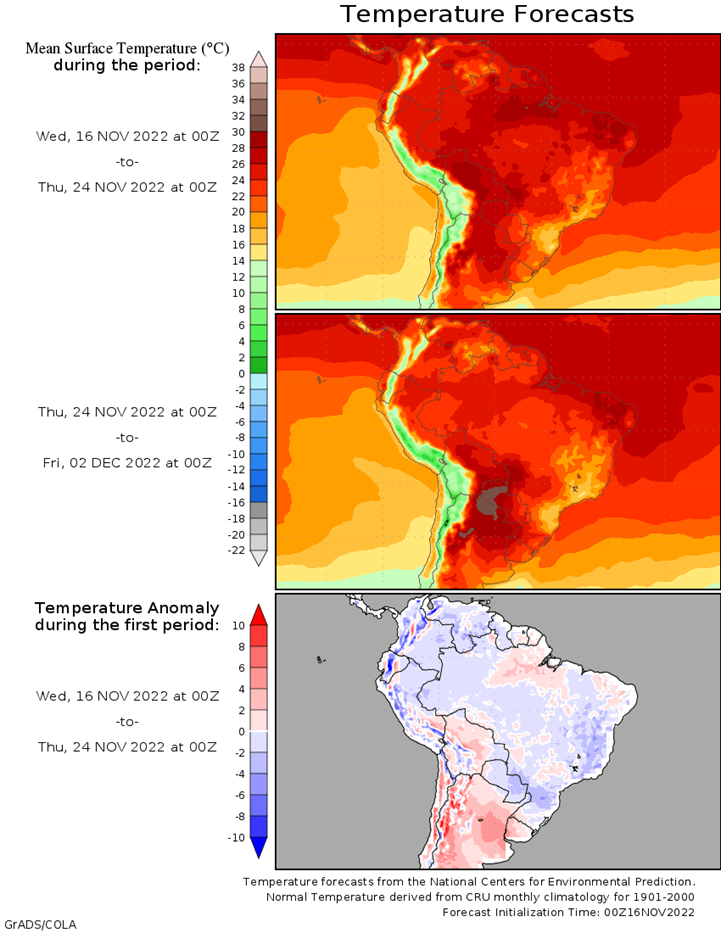 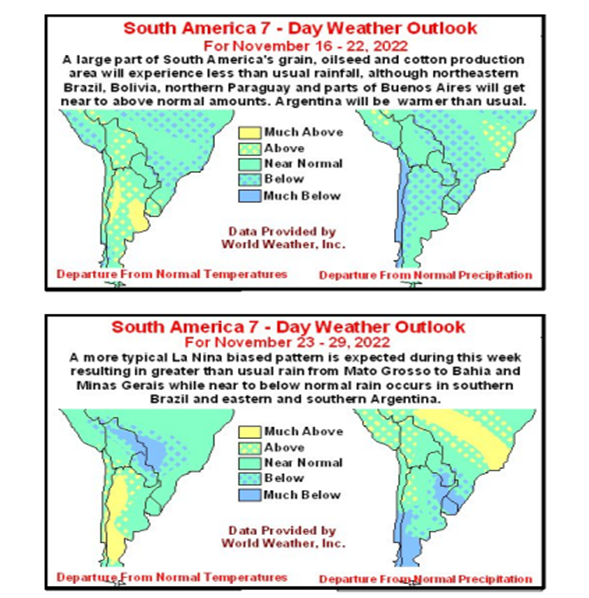 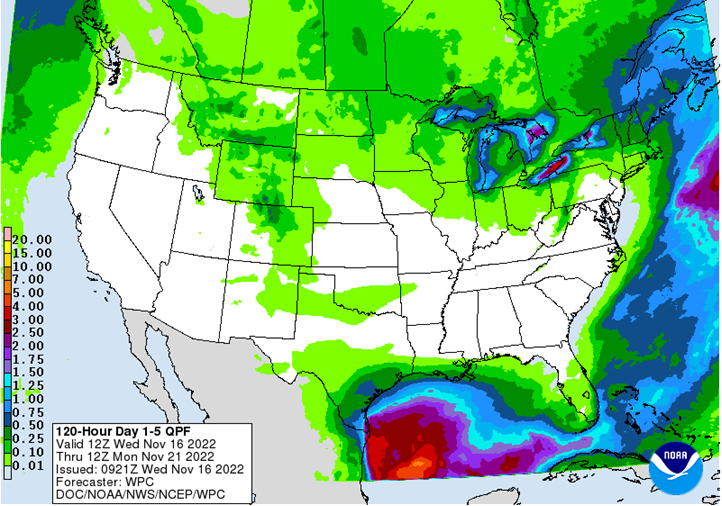 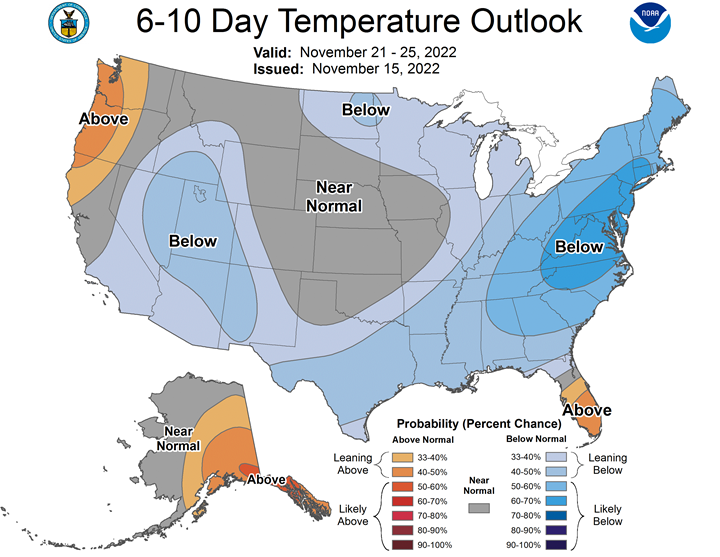 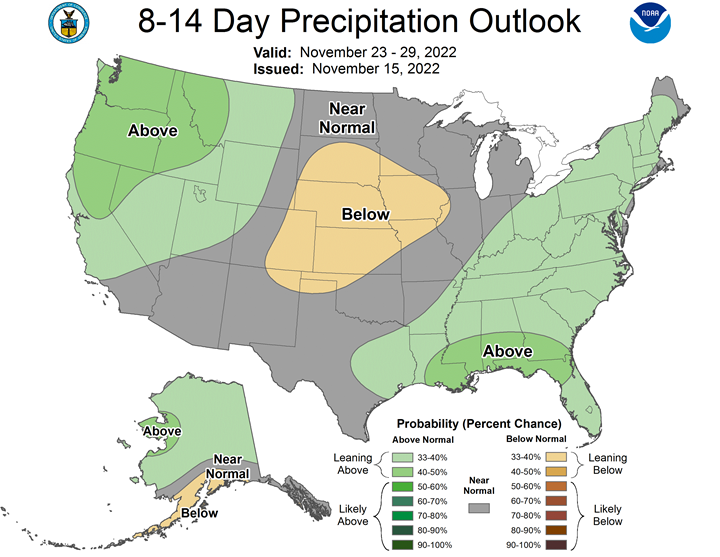 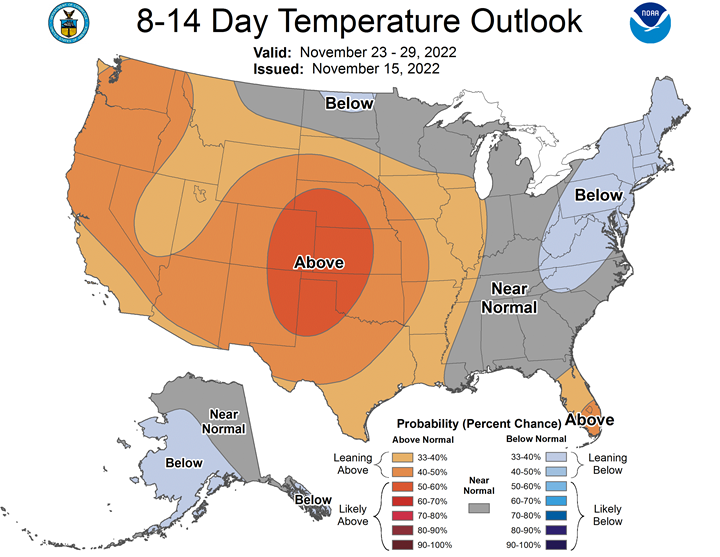