Western Midwest Forecast: Isolated showers through Wednesday. Scattered showers Thursday into Friday. Temperatures near to below normal north and above normal south Tuesday-Thursday, near to above normal Friday. 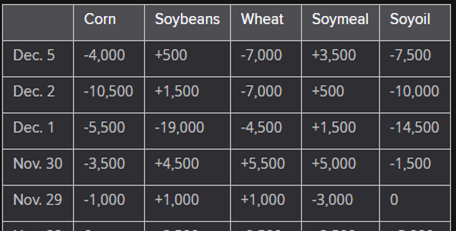 In week ending Dec. 1, according to the USDA’s weekly inspections report. 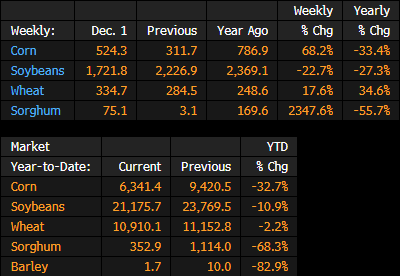 Following is a summary of USDA inspections for week ending Dec. 1 of corn, soybeans and wheat for export, from the Grain Inspection, Packers and Stockyards Administration, known as GIPSA.

Compares with 87% a week earlier and 94% a year ago, according to an emailed report from consulting firm AgRural.

Australia, one of the world’s largest wheat exporters, is poised to harvest another record crop this season even as heavy rains hurt yields in the eastern states, according to the government forecaster.

Farmers are set to gather 36.6 million tons in 2022-23, an increase of 1% from the previous all-time high last season, Abares said. That’s also a jump of almost 14% from its September forecast, driven by spring rains which helped areas in Western Australia and South Australia. Canola production is estimated at 7.3 million tons, the highest ever and 4% more than last season.

More wheat from Australia should help ease concerns over tight global supplies, though quality downgrades in the eastern states will reduce the availability of high-grade milling wheat. Worries are deepening over the impact of drought on the crop in Argentina, while lingering dryness in the US and Europe, and lower Black Sea exports will keep world grain prices elevated, Abares said.

Supply pressure may last for some time even when La Nina conditions subside, as it will take more than one season to replenish inventories, Abares said.

Predictions of bumper production in Australia won’t be experienced evenly, Abares said. Widespread flooding in the eastern states has resulted in a mixed picture for growers there who have been battling crop losses, waterlogged machinery and damaged roads which are hampering the harvest.

Washed-Out Roads Are Next Hurdle For Australia’s Wheat Farmers

Crop abandonment in the eastern states due to flooding and extreme rainfall over spring is estimated to total around 16% of planted area in New South Wales, 7% in Victoria and 5% in Queensland, according to the forecaster.

“Considerable uncertainty remains over winter crop harvest progress and grain quality in New South Wales and Victoria given ongoing high rainfall, which could lead to downgrades in production value,” said Jared Greenville, Abares executive director. Harvests are likely to run well into the summer, he said.

The Indian Ocean Dipole has returned to neutral and La Nina will continue into summer, Australia’s Bureau of Meteorology said in a statement.

China Ramps Up Corn Purchases From Brazil, as US Exports Decline

China is ramping up imports of Brazilian corn, replacing imports of the more expensive US grain.

Four vessels loaded with Brazilian corn are currently en route to China and five more should sail to China soon, according to the shipping agency Alphamar Agencia Maritima. Additional vessels waiting to load may also head there, pushing total Brazilian corn shipments to China past 1 million tons for the year.

Shipments to date already exceed 280,000 tons, just a month after the first cargo of Brazilian corn headed to China. Historically an importer of American and Ukrainian corn, China’s appetite for cheaper and abundant Brazilian supplies are taking a toll on US sales. Export inspections of American corn of 6.3 million tons are down 33% so far this year, pressured by a dry Mississippi River that is raising logistics costs and helping to keep supplies too expensive for importers.

There are other four vessels that could potentially leave for China soon, given their similar cargo patterns, although final destinations can change, said the commercial director for Alphamar, Arthur Neto. “These confirmations are happening at the last minute. From our knowledge, other fixtures are already in place and their nominations shall follow shortly.” If all vessels alongside head to China, Brazil’s total corn sales to the Asian nation could surpass 1 million tons this year.

European crop losses due to excessive heat and flash-droughts have left the region competing with China for supplies. Lineup and waiting times in Santos port, the biggest in South America, are increasing.

Vessels waiting to load outside of Santos Port, Brazil

In Ukraine, corn exports are up 63% from a year ago, while total row crop exports declined over 30%. These grains are expected to be sold within Europe, which has doubled its corn imports this year.

Reduced export demand for US supplies was weighing on futures, with Chicago slumping Monday to the lowest since August.

Crop exports from Ukraine’s ports under the Black Sea Grain Initiative totaled 838,054 tons in the week to Dec. 4, according to data posted by the Joint Coordination Centre.

India’s palm oil imports probably surged in November from a month earlier as traders preferred the tropical oil over costlier soybean and sunflower oils, according to Rajesh Patel, managing partner of GGN Research.

Indonesia’s president has asked the government to create a mechanism next year to ensure the rollout of B35 biodiesel, a senior minister said on Tuesday.

Indonesia, the world’s top palm oil producer, currently has a mandatory 30% mix of palm oil fuel in biodiesel, known as B30.

“With the implementation of B35, it will reduce our dependency on (oil) imports,” Chief Economics Minister Airlangga Hartarto said.

He did not provide further detail on plans for B35 implementation or give any timetable.

Speaking after a cabinet meeting, Airlangga also said that the government expects headline inflation at the end of 2022 to be between 5.34% and 5.5%.

“We will monitor the global geopolitical environment, extreme weather and the scarring effects on inflation,” Airlangga said.

Commodities trader Wellbred is building a renewable energy team out of the company’s Geneva office, it said in a statement on Tuesday.

A chronic shortage of plantation workers in Malaysia may cost palm oil producers about 20 billion ringgit ($4.6 billion) this year, according to the Malaysian Palm Oil Association, curbing supply and potentially boosting global prices.

Palm growers hired around 14,000 foreign workers this year through November, just a fifth of the industry’s needs and about half of the number approved by the authorities, according to a survey of top 10 planters by the association. The country is the biggest producer of the tropical oil after Indonesia.

Malaysia’s palm oil sector is reliant on overseas labor, and has struggled to bring in more workers as movement curbs due to the virus were relaxed. The government assured the industry it would accelerate worker approval, but planters say progress is too slow and that’s leading to crop losses. Without enough boots on the ground, many farmers had to leave ripened fruit rotting on trees.

The number of foreign workers coming in is “trifling” compared with the amount needed, said Joseph Tek, chief executive of the association that represents 40% of the country’s planted palm area. While there have been efforts by various agencies to facilitate worker arrivals, bottlenecks still persist, he said.

Malaysian output of palm oil, used in everything from food and cosmetics to biofuels, is forecast to drop for a third year, to 18 million tons in 2022, the association said in September.

Concerns over weaker production may support prices of the oil. Palm oil jumped earlier in the year due to Russia’s invasion of Ukraine but then declined as the supply situation improved and Indonesia ramped up exports. They’ve turned upward again, however, rising about 20% since late September.

The palm oil sector is seeking help from Malaysia’s new government to expedite the process of bringing in more plantation workers, Tek said. This includes taking steps like chartering planes and renewing agreements with governments in source countries to bring in more workers, he added.

Brazilian farmers are resisting costly fertilizers, pulling back on imports as prices slide. The Southern Hemisphere is key to crop-nutrient demand in 4Q, and without India or Brazil buying, prices seasonally fall. Year-to-date Brazilian urea imports are down 8.6% at 6.5 million metric tons through November. Potash and phosphate imports are down 18% and 4.5% from last year, respectively. A pullback in Brazil has freed up lower-cost tons for India — where government subsidies keep urea prices at the farm level unchanged. Northern Hemisphere farmers will provide direction for fertilizer pricing when they resume buying — though unlikely before February. 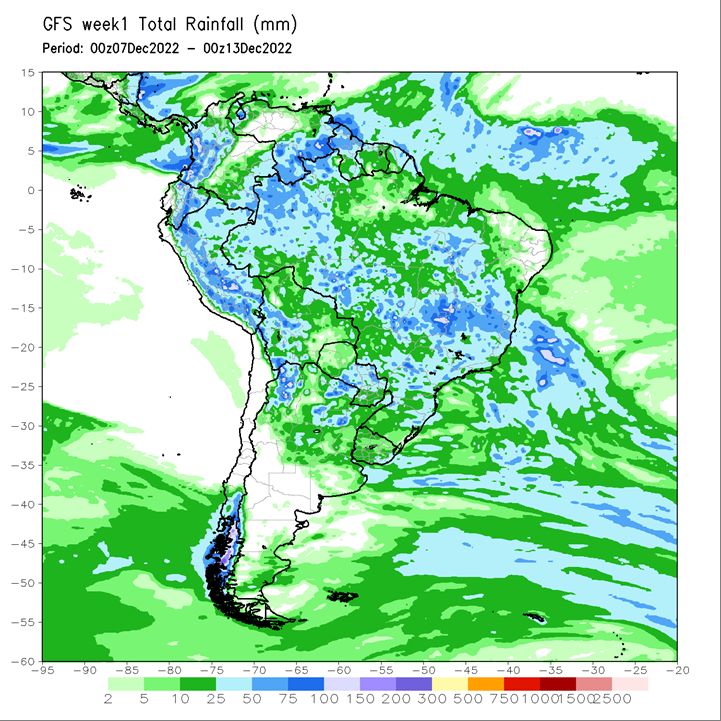 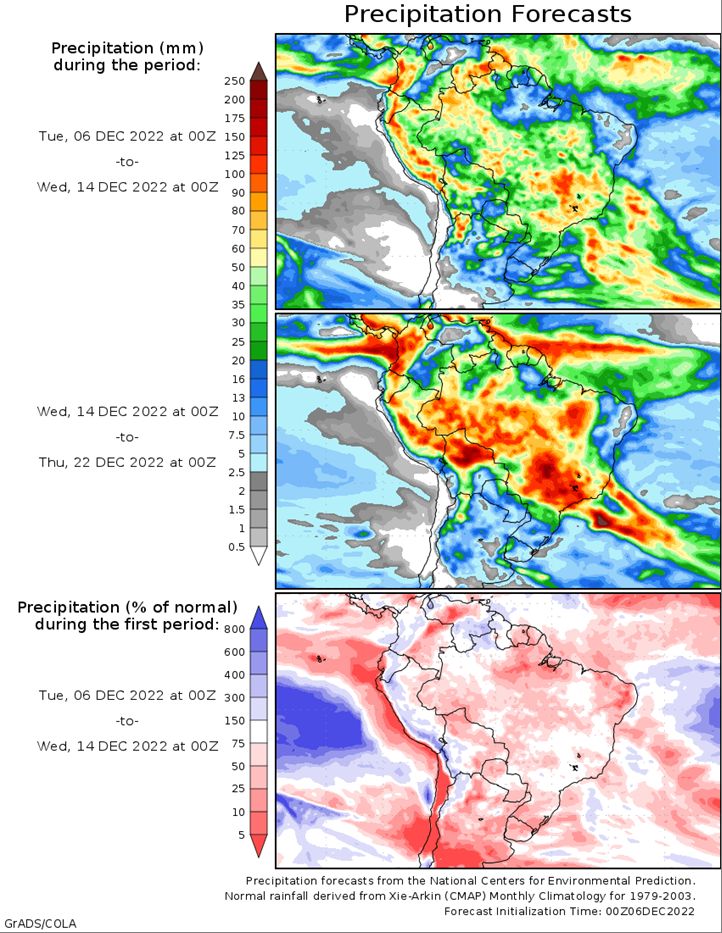 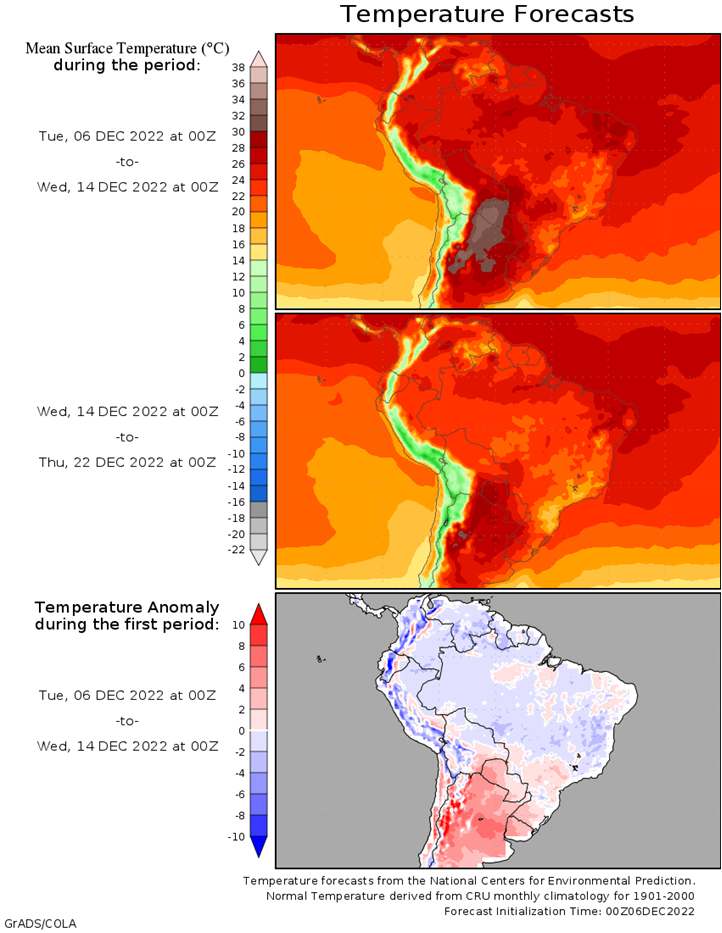 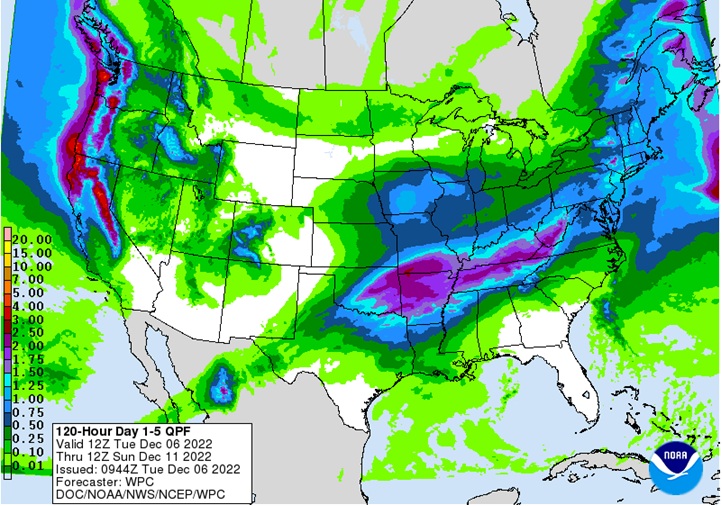 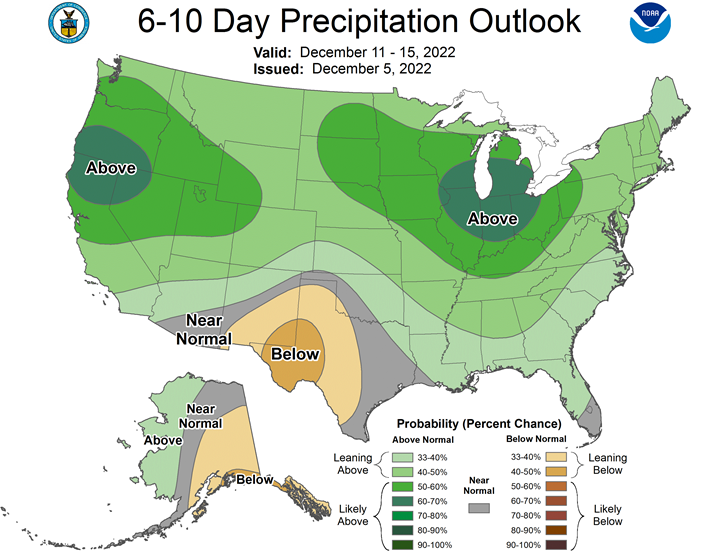 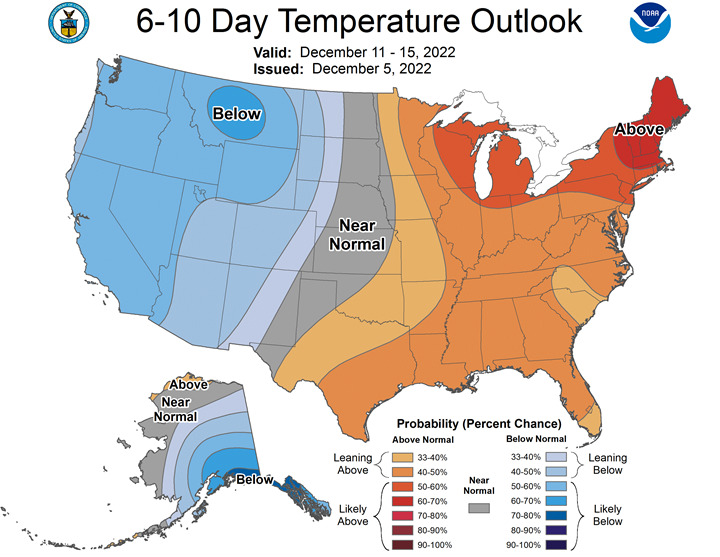 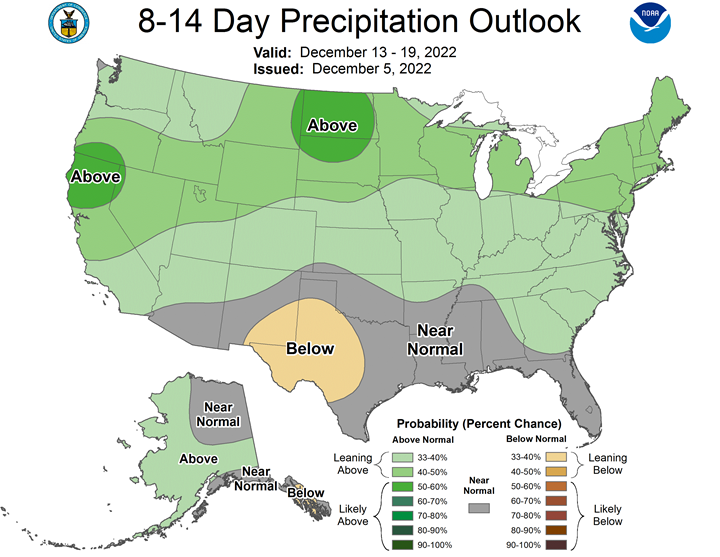 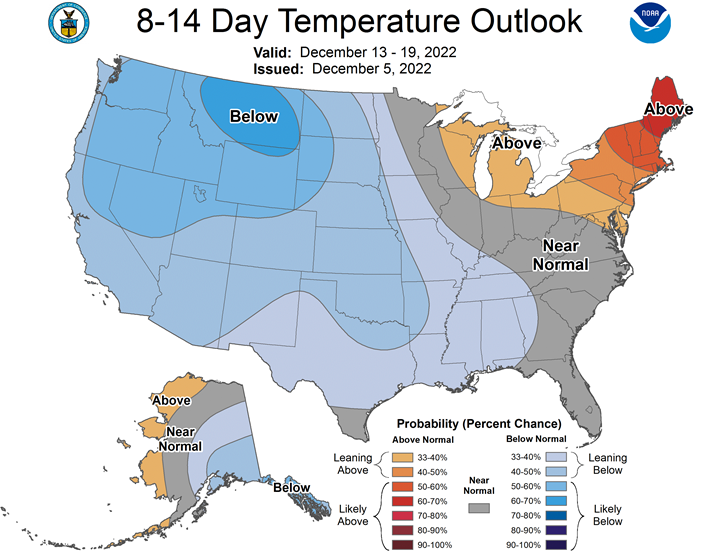