Soybeans Battle Back to Close Higher on the Week

All Wheats Turn Higher this Week

Class III and IV milk futures have pushed lower for about four weeks in a row now. This week’s trade was yet another volatile one, but the market did stabilize late in the week. The August second month Class III contract was down 74c on Tuesday and fell another 24c on Wednesday. Buyers then supported and helped August recover 40c on Thursday. It then fell 9c on Friday, which put the contract down 67c in total for the week. The heavy selling pressure to start the week came from a lower Global Dairy Trade, a commodity-wide selloff, dairy spot market pressure, and technical weakness. The market broke below the May low, which may have also fueled additional selling pressure. The market trend has now turned from an uptrend to a downtrend. 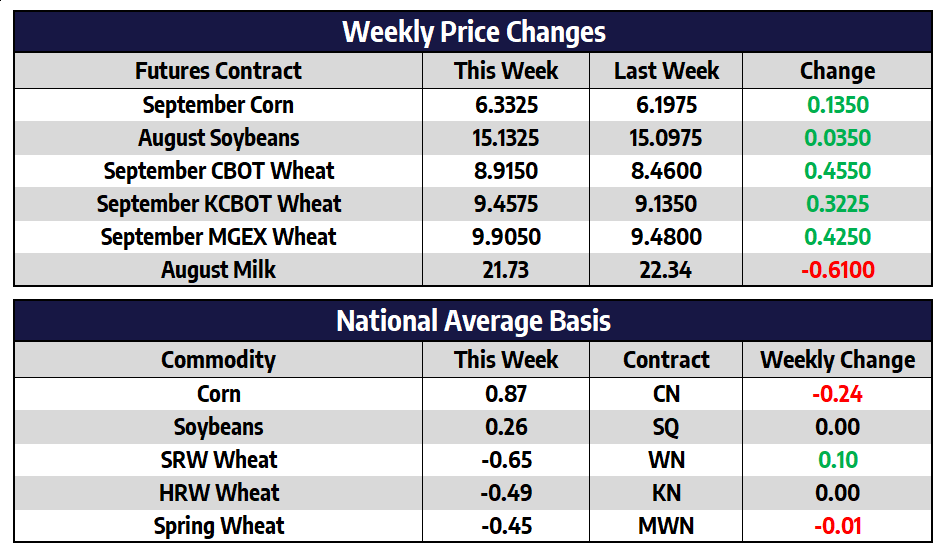