Soybeans Lower on the Week

All Wheats Lower this Week on News of Ukrainian Agreement

Another Down Week For Milk

Dairy futures were pressured lower this week from a softer spot market in addition to a variety of bearish news items. To start, this week’s Global Dairy Trade auction fell 5% lower as global prices remain under pressure. In the auction, GDT cheese fell 2%, butter fell 2.10%, skim milk powder fell 8.60%, and whole milk powder fell 5.10%. Global prices have been in a steady downfall since the March highs. On Thursday the USDA said that June milk production was up 0.20% on a year-over-year basis despite a 78,000 head reduction in milk cow numbers. Finally, Friday’s Cold Storage report showed that US cheese in inventory for June rose 5% from the same month last year. At week’s end, August 2022 Class III settled at $20.23 while August Class IV settled at $24.47. 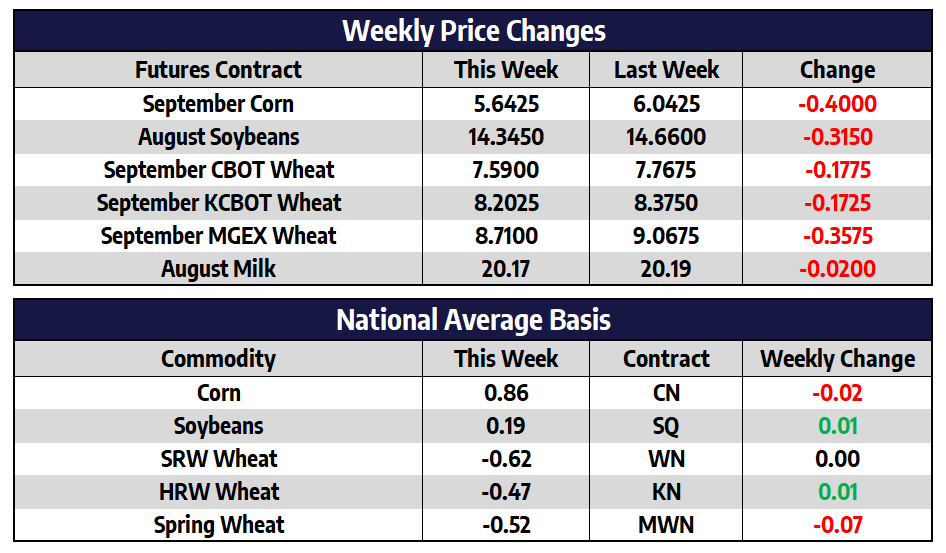