Corn with Strong Gains this Week

Soybeans Sharply Higher on the Week

Class III futures posted a positive weekly close with the August contract up 18 cents and September gaining 42, an impressive feat seeing Wednesday and Thursday’s losses totaled $1.00 and 91 cents, respectively. This leaves a tail on the charts for these contracts with a break off the early week high, but the oversold nature of the markets and the fact $20.00 held on the continuous second month chart is encouraging.  Spot cheese had an equally wild week, gaining 3.6250 cents in Friday’s trade, but dropping 3.1250 cents on the week to $1.88375/lb, the lowest weekly close in 2022. Things were quieter for Class IV, which saw its August contract up 34 cents this week to close at $24.81, as that market tries to re-establish an upswing after a moderate selloff in recent weeks. 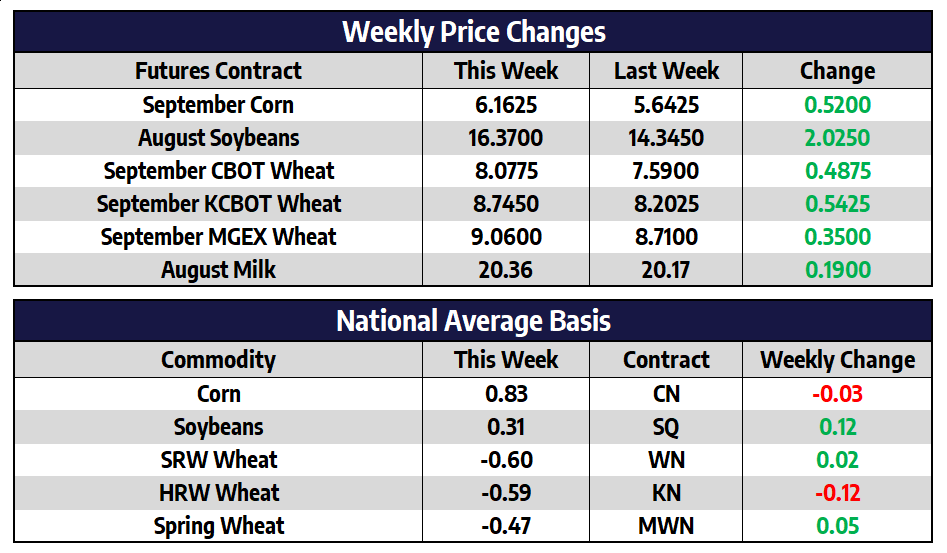