Corn Battles Back After Tough Start to the Week

Soybeans Lower on the Week

All Wheats Lower on the Week

Class III second month futures finished the week at $19.75, faltering after trading above $21.00 on Tuesday and lower than where it closed last Friday at $19.80.  Class IV second month futures traded slightly higher on the week. After finishing last week on 8/12 at $23.18, the September contract settled at $23.50 today and is still trending higher after hitting a recent low of $22.60 on August 8th.  Spot butter has not traded under $2.90/lb since June 1st; the market closed the week out at $2.94/lb with a weekly high of $2.99/lb.  The block/barrel average started the week near $1.92/lb. and finished lower today at $1.8575/lb.  The dairy markets have settled into these ranges recently with $20.00 for Class III and $23.00 for Class IV showing signs of technical support.  Given there have not been any drastic changes fundamentally within the dairy market, this consolidation of prices will likely stick around under current market conditions. 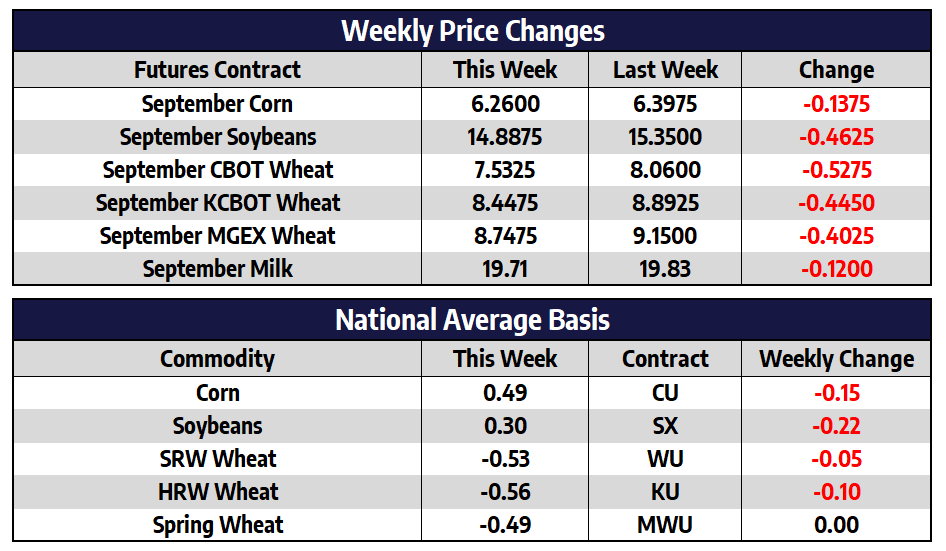