The second month Class III chart is testing a break above $21.00 again, as the October contract added 99 cents this week. It’s Class IV counterpart was no slouch with a gain of 77 cents in the first full week of September with a $24.40 close, keeping a large premium intact. It was a big week in the spot markets with the block/barrel average up more than 11.00 cents to push to a seven-week high. Meanwhile, spot butter traded to a new all-time high at $3.17/lb on a 7.00 cent gain as powder continued its recovery with a 5.50 cent jump. On Monday, the USDA will release the September WASDE report, which is likely to add fuel to the volatile grain/feed markets, but otherwise it will be a quiet week for fundamental updates. 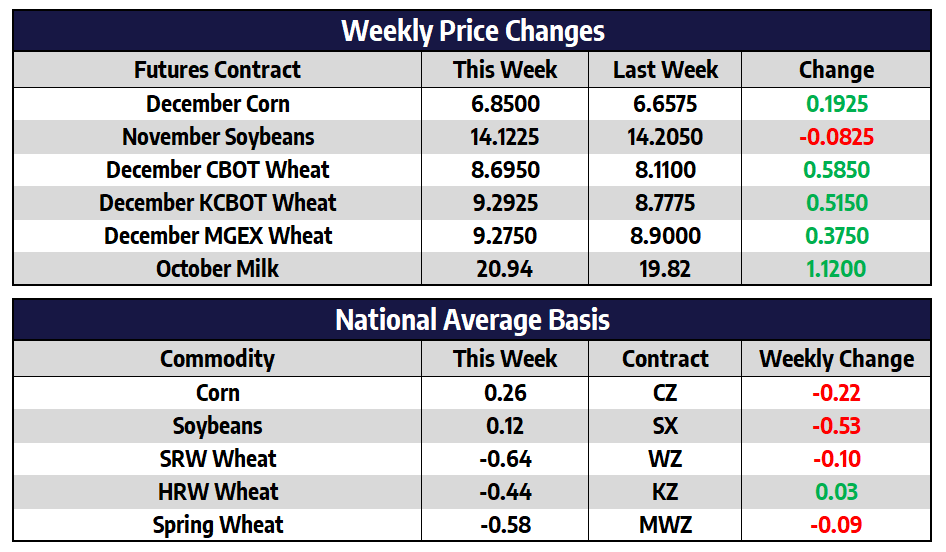