Corn Lower on the Week

October Class III futures, the block/barrel average, and spot whey all closed higher on the week. The action was volatile with October futures putting in its weekly high of $22.05 on Tuesday before breaking hard, then bouncing off a Friday morning low of $20.78. Class IV futures finished the week two-sided but avoided any major moves, while spot butter came under selling after closing at $3.24/lb on Tuesday, a new all-time high. Many commodities felt the weight of a worse-than-expected CPI report on Tuesday which caused a dollar index rally, and some concern is warranted given the bearish cheese production/supply and the fact that spot butter’s move above $3.00/lb could lead to some demand destruction. Next week, August Milk Production is released Monday, a GDT Auction takes place Tuesday, and August Cold Storage will come out Thursday. 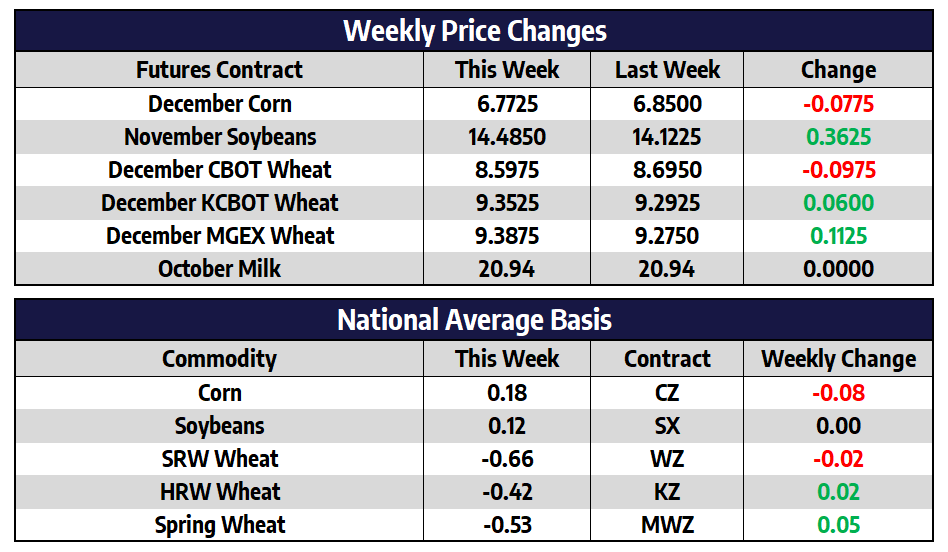