Thursday’s grain stocks numbers were considered bearish compared to pre-report estimates, but the market’s resilience to close just slightly lower while soybeans were in free-fall was a supportive sign. Corn stocks as of September 1 came in at 1.23 billion bushels; this was above the average estimate of 1.15 billion bushels. Beginning stocks are now 36% below last year, which is a positive factor, but corn disappearance for the June to August timeframe came in at 2.87 billion bushels as compared with 3.08 billion last year. Market attention will continue to be on yield reports as harvest pushes on as well as looking ahead to the October 12th WASDE report which will more than likely bring an adjustment to the national corn yield estimate.

A shortage of available coal supplies and strong demand from manufacturers are pushing Chinese energy prices to record highs, causing widespread power issues. At least half of the soybean crushing plants in northern and northeastern China have been shuttered due to the outages according to Reuters. As a result, soybean meal prices are spiking higher, adding to the challenges faced by Chinese hog farmers already facing poor margins.

All three wheats higher this week

The Class III market ended the month of September with a strong move higher, highlighted by a $1.23 move up in the second month November contract. This rallied the Q4 average 91 cents and to its highest point since mid-July as well. There was some obvious follow-through once the Q4 average chart broke its downward trendline on Tuesday this week, a resistance point that has been in place since prices peaked last May. The block/barrel average pushed back up near its May highs, finishing Friday at $1.7975/lb after a 1.625 cents drop from Thursday’s trade. The 2021 high is at $1.82375/lb and a breach of that level could open up the topside. Spot whey pushed up to $0.58/lb this week, jumping to its highest level in more than three months. The retest of the top of the range for cheese prices remains the most critical element of the market at the moment.

Class IV futures remain at a pivotal point as the November contract traded to $17.35 yesterday, settling back 6 cents during Friday’s trade. The push to $17.35 yesterday was the third highest the second month Class IV contract has traded since October of 2014, matching a push to $17.35 in June of 2017 and just beneath a move to $17.41 in May of 2015. If that contract can make a notable push in to the mid-$17.00 area this month, the potential for a technical follow through closer to $20.00 is possible. The market has garnered support from a spot powder market that continues to push to fresh 7-year highs, while spot butter remains flat and range-bound. Fundamentals for the butter market have improved slowly and may get the Class IV market out of its long-term range sometime soon. 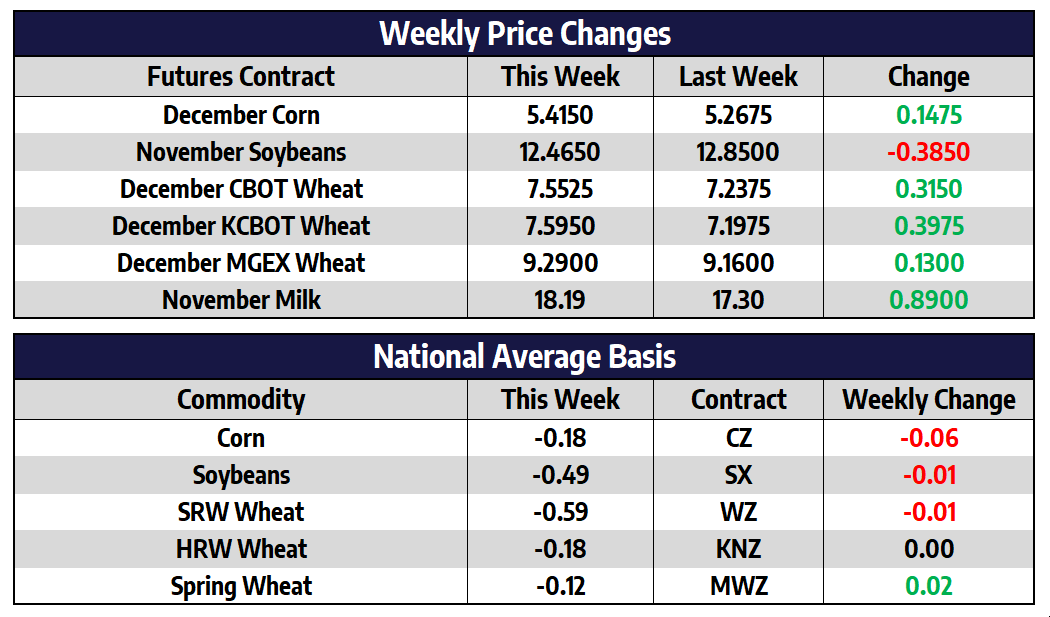