Wheat Prices Mixed for the Week

While the November Class III contract closed the week 63 cents higher within a volatile $1.48 range, the December contract and all 2023 contracts were lower on the week. The Q1 Class III average has fallen about $1.17 in the last two weeks, while the Q2 average fell around 90 cents in that time. Class IV action was similar with the November contract finishing up 26 cents from last Friday’s close, but most deferred months gave up value. The two fundamental reports released this week, Tuesday’s GDT Auction and yesterday’s Milk Production report, were both seen as bearish. Overall, market action has been mostly rangebound in recent weeks for both the nearby dairy and feed markets, with the exception of spot powder’s break down. 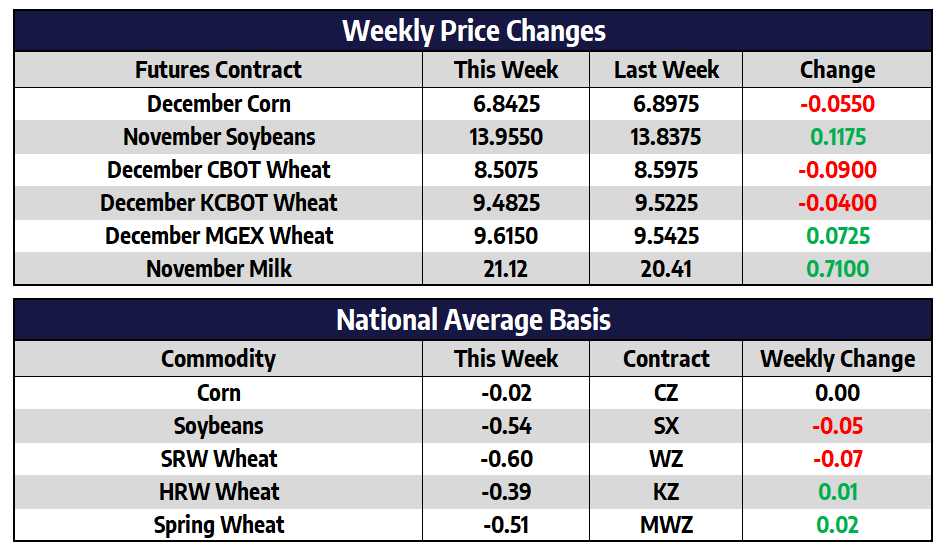