Wheat Prices Lower for the Week

The lack of fundamental news this week led to dairy prices following the path of least resistance lower. Class III prices took a major hit this week with second month November prices dropping from a high of $21.30 to close out Friday trade at $20.21. The $20 level on second month Class III has been both resistance and support multiple times over the last two years, more often than not this price had worked as resistance so a close below could set a trend of milk prices below $20. Class IV prices moved lower this week as well but fared much better than its Class III counterpart. Second month November fell from $23.88 to $23.65. The only major spot market to close higher this week was powder, gaining a single penny on the week to settle at $1.43/lb. The spot cheese market was a significant loser on the week, starting the week at $2.06/lb. and closing Friday’s spot session at $1.9425/lb. Butter lost 5 cents on the week to settle Friday’s trade at $3.14/lb., while whey continues to trend sideways to finish the week a penny lower at $0.43/lb. 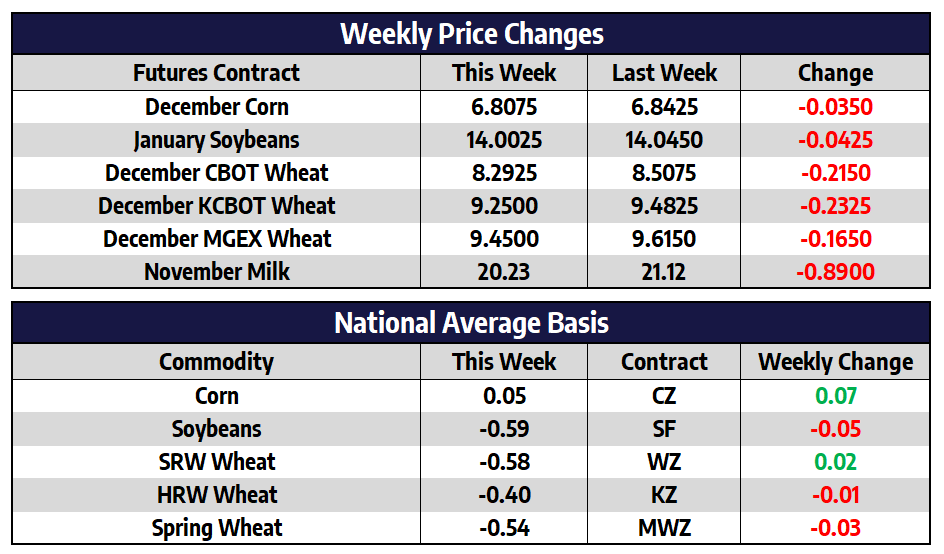