Front-month December corn futures shed 15-1/4 cents this week to close at 553. After trading up to its highest levels since early August, front-month corn futures backed off sharply to close out the first week of November. Traders anticipate the USDA will continue to raise its corn crop estimate in the November 9 USDA WASDE report. Ethanol demand, which has been strong, is expected to also rise doing little to move the needle on overall carryout. Lower crude oil prices and a rallying US dollar were also factors playing into the corn market pullback this week.

The market remains in a short-term corrective mode as traders see mixed demand news ahead of the USDA Crop Production and Supply and Demand report. Corn exports for the month of September came in at just 2.550 million tons, down from 3.912 million last year. The drop-off in China led to the lower exports at just 493,000 tons as compared with 1.103 million last year. Tuesday’s WASDE report will set the tone for the corn market into the end of the calendar year.

Soybean prices slide this week ahead of Nov 9 WASDE

Brazil is currently on the second-fastest planting pace ever for its early planted soybeans according to data last week. Brazilian crop consultants feel this quicker than normal pace will mean Brazilian beans will be ready for harvest by the end of December. This earlier harvest should in turn mean exportable supplies will be available out of Brazil by February, about a month earlier than last year. This means the US window for soybean exports, which are already behind pace, may close earlier than normal come early 2022.

Winter wheats back off after hitting $8 early this week

As the US spot cheese price continues to push lower, the Class III futures market is having a hard time finding support. The spot cheese block/barrel average has now closed red seven days in a row as holiday premium continues to be taken out of this market. Cheese reports out of the Midwest cite that barrel cheese is getting harder to move, while block demand is still steady. This continued pressure in cheese is keeping Class III futures on the defensive. This week alone, December Class III has fallen 90c lower after falling 97c the week prior. Spot cheese has sunk back into the lower end of the range of prices it’s traded in so far this year. Class III is getting some support from a higher spot whey trade, though. Spot whey added 3c this week to $0.66/lb.

The Class IV market is still holding strong and the spot markets are near the highs of the year. Spot powder added 1.75c this week to $1.57/lb while spot butter fell 0.50c this week and closed at $1.9350/lb. At the high of the week, butter hit $1.98/lb, just beneath the $2.00/lb barrier. With Class IV spot product demand still steady, futures are back up over $19 for the first time in years. Second month Class IV added 29c this week and closed up to $19.13. This is the December contract’s seventh up week in a row. There remains support from higher global levels for Class IV. With this week’s selloff, some nearby Class III contracts are approaching oversold territory.n, strong exports, and an overall inflationary theme for commodities, Class IV milk looks like it is poised to lead market direction for the first time in many years. 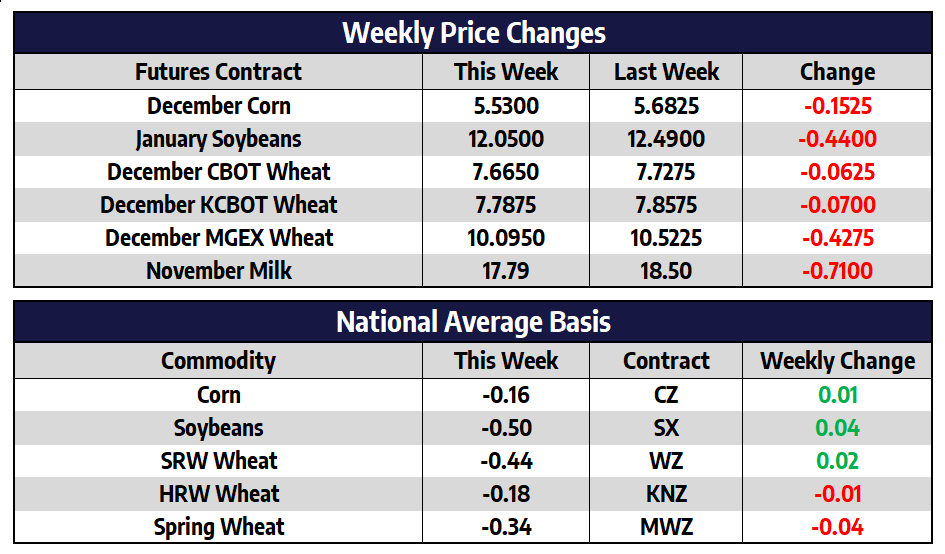