After trading to new highs on bullish USDA data, December of 2020 corn ended the week 3-3/4 cents higher to close at 409-1/4. Following Tuesday’s WASDE report, December of 2021 corn found enough moment to trade and close above the pivotal $4 per bushel mark adding 9 cents this week and settling at 403-3/4. The corn market remains in an extremely overbought position technically and may be in need of a correction in the near term. With the unseasonably high level of fund interest in the corn market, corrections and/or year-end profit-taking could be more volatile than years past.

The featured buyer of US corn in the week ending November 5 was “unknown destinations” at 10.3 million bushels, followed by Mexico at 10.2 million. The USDA recognized the strength behind corn exports on Tuesday raising export expectations for the year to 2.65 billion bushels. If realized, this would be an all-time record for corn exports. Corn export sales currently exceed the seasonal pace needed to hit the USDA’s new target by over 200 million bushels. While sales have been hot, shipments have been a different story. Actual shipments fell short of the pace needed by 118 million bushels this week. This can mostly be attributed to grain exporters’ focus on soybean shipments but is something that will need to be monitored as the marketing year pushes on.

January soybeans added 46-1/2 cents this week to close at 1148. November of 2021 soybeans added 33-1/2 cents this week to close at 1039-1/2. The soybean market has added over 91 cents in the past two weeks, this has been the best six week stretch for the market since May of 2016. China was the top buyer of US soybeans in the week ending November 5 at a net 27.4 million bushels, including 7.5 million bushels switched from previous sales to unknown destinations. Soybean export sales have reached 81% of the USDA target vs the 5-year average of 52.2% sold at this time of the year. Marketing year soybean export sales to date exceed the seasonal pace needed to hit USDA’s target by 467 million bushels vs 458 million the previous week. Actual shipments also exceed the pace needed by 122 million bushels. Unless the soybean export sales trend changes drastically, the USDA will more than likely need to raise their soybean export projection in the coming months. Year to date soybean shipments to non-China destinations are 25% less than a year ago to date.

Traders remain focused on the tight balance sheet for US soybeans, at 190 million bushels, and is the tightest carryout for US soybeans since 2013. This is the smallest stocks to use ratio the USDA has printed in November in at least the last 40 years. South American weather also remains a driver of the market, forecasts look mixed at best for most of Brazil. Copious amounts of precipitation will be needed to fully alleviate drought concerns. A continued rise in COVID in European countries and American states have traders concerned about global demand and may be a limiting factor to soybean upside potential.

The block/barrel average continues its dramatic decline as it posted the second-worst week of the year, losing 56.625 cents to finish the week at $1.7638/lb. Price action appears to be mirroring the previous correction of the year in what looks to be a massive double top formation. Prices dropped to the $1.40/lb area in the previous correction and that is something that looks possible given current price action. In that same time period, we saw 2nd-month futures for milk trade down to $15.00/cwt.

In the dairy markets, outside of cheese, things stayed relatively quiet on the week. One notable success was the whey market trading to a new all-time high for the year for the second week in a row at $0.43/lb. The upside objective for whey lies at $0.50/lb. Non-fat and butter prices continue to chop around and work against each other as any gain in butter seems to be counteracted by a loss in powder or vice versa. The 2021 calendar year average is actually finishing the week higher than last week despite the recent drop in nearby contracts at $16.64 vs. $16.54 last week. 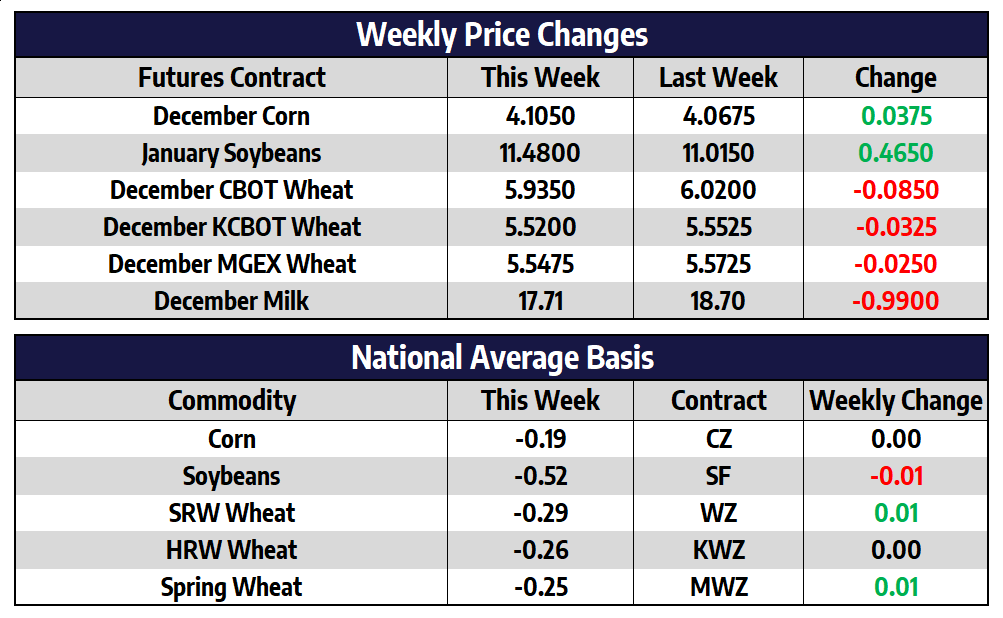