March CBOT corn futures added 6 cents this week to close at 590. December of 2022 futures shed 1-1/4 cents this week to close at 551. The December WASDE report released Thursday was slightly negative against expectations. The USDA left all domestic supply and demand numbers unchanged from the November report. Traders were looking for an increase to corn usage numbers, specifically from ethanol demand which has continued to run at a strong pace and ahead of USDA projections. Despite the lackluster report futures were mostly quiet to end the week.

Great fall weather and more cash on hand than usual has encouraged an excellent fall run on fertilizer for next years crop, especially when it comes to NH3. Supply uncertainties heading into the spring drove many to pay up for available supplies this fall. Late last week the University of Illinois released findings of their acreage model estimating next year’s corn acres at 96 million. This would be over a two million acre jump from corn plantings in 2021 and would only fall shy of the record acreage year of 2012 if realized.

Soybeans a 1/2 Cent Higher this Week

January CBOT soybean futures added a ½ cent this week to close at 1267-3/4. New crop November of 2022 futures added 14-3/4 cents this week to close at 1248-3/4. The USDA left soybean supply and demand numbers for the US unchanged in their December WASDE report. Soybean oil futures were under pressure this week falling over six percent down to their lowest levels since April. Traders see the potential for slow demand for renewable fuel ingredients given the EPA’s quota release this week.

Farmers in Mato Grosso planted their 2021/22 soybeans at a record pace and the soybean harvest could be record fast as well. Mato Grosso is Brazil’s largest soybean producing state responsible for approximately 27% of Brazil’s soybean acreage. The weather during the growing season has been beneficial in most of the state, but in some regions, the lack of sunshine and frequent rains have some farmers concerned about increased disease and pest pressures. Early soybean harvesting means that Brazil’s soybean exports will start early. There may be a few vessels of soybeans exported out of Brazil by the end of January, which would be a month earlier than last year.

Another Strong Week for Milk

Class III milk futures capped off a strong week with $1.05 gains for the second month January contract, while the 2022 calendar year average closed up 57 cents at $19.56. Some wariness on Class III potential from these levels is warranted with the second month contract testing long-term resistance at $20.00. On top of that, the block/barrel average has yet to break out of its 2021 range, although whey prices have been rallying. The wild card for Class III price potential is the Class IV trade, however, which saw the second month push to a new high of $20.35. Breaking the psychological $20.00 mark could open up the topside for that market as it continues to find support from its corresponding spot markets. The 2011 high of $20.90 is now in sights.

The Class III spot market trade saw cheese 4.25 cents higher this week to $1.7725/lb, 6.75 cents beneath its 2021 high. Four times so far this year, the second month Class III futures and spot cheese have failed around the $20.00 and $1.80/lb mark, respectively. Will those markets breakout or will this make a fifth occurrence? Whey prices pushed to a new high of $0.7125/lb this week after spending a good chunk of the last month mired around $0.70/lb. For Class IV, the big news is butter finding some buying above the $2.00 mark with a close at $2.1225/lb, up 12 cents on the week. Spot powder also pushed to a new 7-year high of $1.6250/lb. Outside of strong spot markets, overall support continues to stem from high feed costs, lower milk production growth, declining cow numbers, and strong exports. 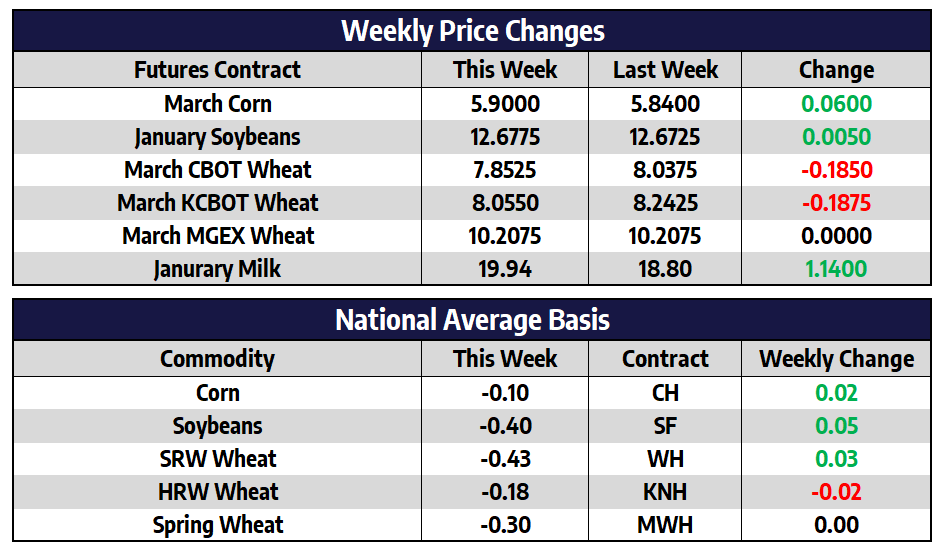