Corn turns higher this week
March corn futures added 3 cents this week to close at 423-1/2. July corn futures added 4-1/4 cents this week to close at 428-1/4. The December USDA WASDE report was bearish against expectations. US 2020/21 corn ending stocks were left unchanged from the November estimated at 1.702 billion bushels versus and average expected decline to 1.69 billion. US corn production and usage numbers were left unchanged in this report as well. World ending stocks were revised down to 258.96 million tons from 291.43 million previously. This was just above the average estimate of 288.7 million.
US export sales for the week ending December 3 came in at 1.36 million tons, all for the current marketing year. Cumulative sales have reached 67% of the USDA’s forecast for 2020/21 versus a 5-year average of 44%. As in the soybean market, the lack of fresh bullish fundamental news may have been disappointing to a market that has been trending sideways to lower in the last three weeks. Support looks rather strong at the 20-day moving average, an area that found buying interest all week long this week.
Soybeans trade lower again this week

January soybean futures lost 2-1/2 cents this week to close at 1160-1/2. July soybeans added 5-1/4 cents this week to close at 1166. The trade was perceived as somewhat disappointing to see soybean exports unchanged from the previous month in yesterday’s WASDE report. The only number adjusted on the US soybean balance sheet was domestic soybean crush, which was increased 15 million bushels to bring carryout down to 175 million bushels, a seven-year low. Most attention will be focused on South American weather until the end of the year.

US soybean export sales as of a week ago covered 88% of the USDA’s expectation for the full 2020/21 marketing year that ends August 31, but that by itself might not be a good enough reason to warrant an immediate bump in the export forecast. Higher prices have been a weight on US soybean export potential in the last month. After a blazing hot start to export sales in September and October volumes in the last four weeks have been well below prior weeks and below typical levels for this time of the year. Huge amounts of exports earlier than normal this year, mostly to China, suggest purchases may have been front-loaded and will not follow a normal seasonal trend.

March Chicago wheat futures were 39 cents higher this week to close at 614-1/2. March KC wheat futures added 38-1/2 cents this week to close at 581-1/4. March spring wheat futures added 19-1/2 cents this week to close at 570. The December USDA WASDE report was seen as supportive for the wheat complex as a whole. US 2020/21 wheat ending stocks were revised down 862 million bushels from 877 million in the November report but were above the average trade guess of 847 million. Production numbers were left unchanged in this report, but imports were revised lower by 5 million and exports were raised 10 million to 985 million bushels. The wheat market is seeing short covering with wheat numbers better than expected for the report and traders caught short wheat and long other grains. KC wheat futures were the big winner for the week closing into fresh new highs on Friday.

2021 Finishes the Week at New Highs

The Class III 2021 average had the second week in a row of trading to new all-time highs. It has been impressive to see the futures market rally so substantially despite fairly limited gains from the spot market. The block/barrel average was only able to finish 3.75 cents higher on the week at $1.53/lb. From a spot value perspective, this would indicate prices closer to the mid $15 dollar mark if the market doesn’t recover further than it has. The fact that whey prices finished the week near the 2020 highs is supportive for class III through.

The Class IV trade was a little disappointing this week, as butter and non-fat powder broke out over resistance levels last week though were unable to hold onto that upward momentum this week. Butter tried to push higher at the start of the week but ended up trading back below the psychological level of $1.50/lb this week. Non-fat powder broke out over the double top formation at $1.145/lb before trading lower this week to finish at $1.1275. What looked to be a breakout potential for the Class IV market is looking more like a potential short term top. 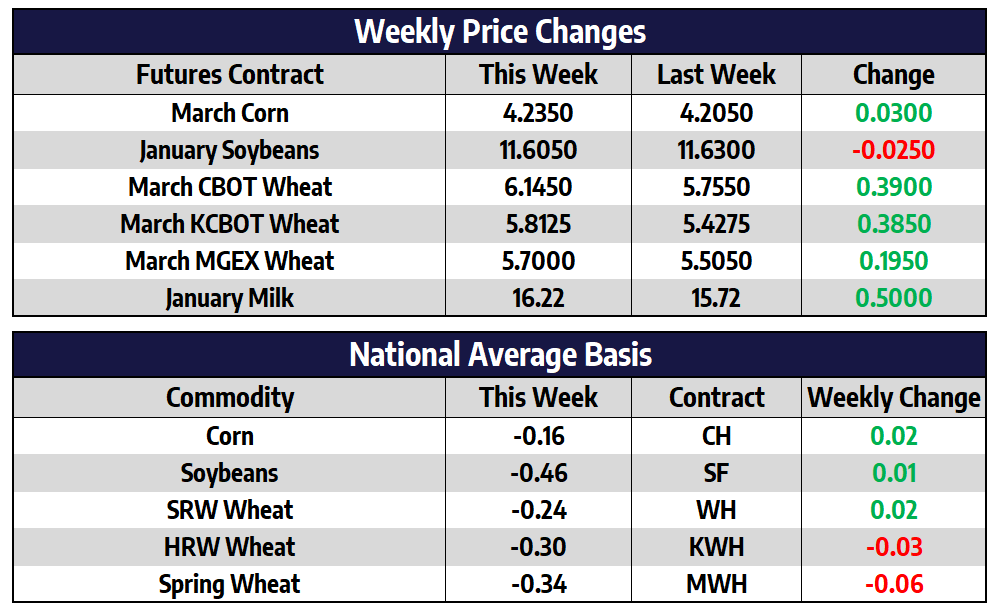