Corn prices struggle for second week in a row.

All Wheats Lower This Week

Class III prices took it on the chin this week; the second month August contract was down $1.17 with a $22.42 close, totaling $2.32 of losses in the last three weeks. The spot market trade was higher on the week; however the block/barrel average was 7 cents higher with a finish at $2.18875/lb today, while whey closed at $0.50/lb and up 2.50 cents from last Friday. With the spot markets hanging in there, the milk future weakness is likely tied to the downfall in grain/feed prices, the higher dollar, and the overall trend of managed money starting to exit commodity longs. 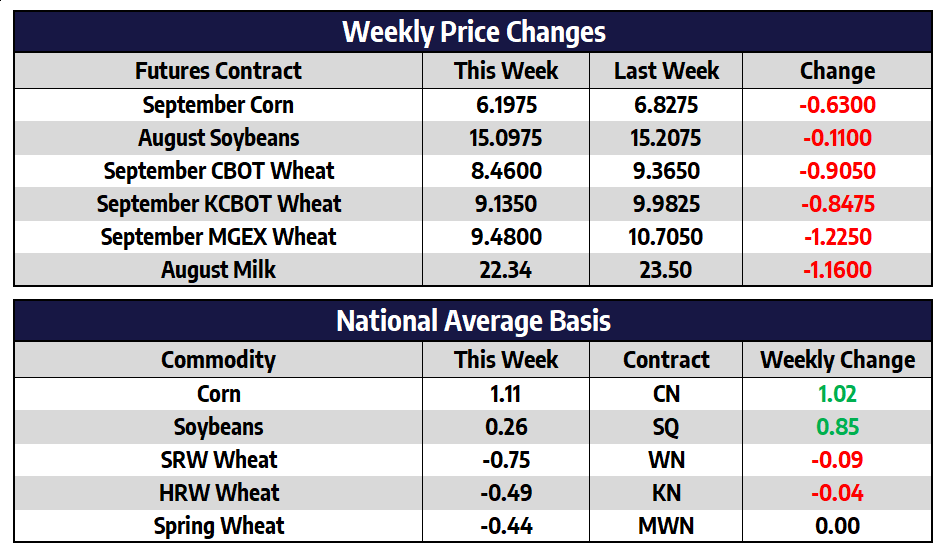