Corn futures lower on lack of any new bullish news.

December corn futures closed at their lowest level since July 1 down 11-1/4 cents for the week at 424-1/2. A lack of bullish news, lower weekly demand numbers and milder weather pressured prices. Condition ratings for corn were down slightly at 57% good-to-excellent, versus 72% last year, with greater deterioration in later planted crops of the Eastern Belt. Export sales were down 39% from last week and ethanol production was down 2.5% requiring the least amount of corn in more than two months. While the current forecasts are calling for average to below average temperatures in most of the corn belt, there are mixed chances for rain. It is interesting to note that after such a wet start, some areas of central Illinois, east central Iowa and northwest Indiana are starting to show up as abnormally dry on the US drought monitor. Prices should remain supported above 400 as questions remain about planted acres and yield. Prices could remain in a range until more is known after the USDA resurveys farmers about planted acres for the August 12 Supply and Demand report. In 1995, a similarly late planted year, prices reached all-time highs but not until July of the following year. During that growing season, after planting was complete, prices retreated and didn’t go higher until the beginning of harvest.

August soybean futures were 0-3/4 lower today at 883-1/4 and down 18-1/4 for the week. November futures finished 1-1/4 lower at 901-0, also 18-1/2 lower on the week. Soybeans finished lower this week but within the range it has been trading in for the month of July between a high of 936-1/2 and a low of 890-1/4. Prices are supported by hopes that this next round of trade negotiations will result in a deal that improves demand. U.S. Trade Representative Robert Lighthizer and senior U.S. officials will travel to Shanghai on Monday for face-to-face trade meetings with Chinese officials. There were reports that China buyers were already getting quotes from US sellers this week. However, the export sales reported for last week were below expectations and were negative for the current marketing year due to cancellations, mostly by China. It is looking unlikely that the US will be able ship all the sales currently on the books before the end of the marketing year. There was another cancellation reported yesterday. With weather less threatening and condition ratings unchanged from last week (54% good-to-excellent), markets will likely be rangebound ahead of the next USDA supply and demand report unless some news comes from next week’s trade talks.

All wheat finished lower this week despite estimates for lower global production. The International Grains Council lowered their estimate for global production by 6 million metric tons. This is due to lowered production in the EU, Russia and Canada. A tour of spring wheat fields this week called for higher yields but still below average. Managed money trimmed their long in Chicago wheat and remain net short in KC and Minneapolis. There is also harvest pressure as winter wheat harvest is 69% complete versus 79% last year.

The dairy markets seemed to be in a lull on Friday as price action finished mostly unchanged across the board with some contracts up a couple pennies and some contracts down a couple pennies. The block/barrel average dropped slightly after the block price dropped 0.5 cents on the day while barrel prices remained unchanged. Butter was up 1 cent but didn’t see any loads traded. Butter was the only product to be down on the week at -2.75 cents. Powder prices were unchanged on the day still rangebound between the $1.00/lb level and the $1.05/lb level. Whey lost 0.25 cents on the day but was still up 1.25 cents on the week as a whole.

The 2nd month Class III futures market did retest the 20-day moving average but was able to close above it. There should be a good amount of support in the $17.50 area for the Class III market. Despite a continuation of good fundamental data from the market it is easy to forget we have rallied over four dollars from the low of this year. Recent strength in the dollar may pressure the market. 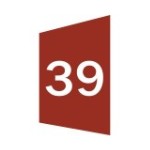