The fact that the spot cheese block/barrel average market hasn’t posted a single up day since January 11th is starting to really weigh on the futures trade. The month of January started off with a bang after the USDA announced there would be a fifth round of purchasing for the Farmers to Families Food Box program. After that announcement, cheese rallied for five days in a row – but that rally has fizzled out since. Now cheese has gone 13 consecutive sessions without an up move. The selloff in cheese has pushed the block/barrel average back below $1.50/lb. Nearby class III milk futures are pushing lower as well. The February contract fell $1.07 per hundredweight this week after dropping $2.77 the week prior. It finished this week at $15.39. The market was also pressured by a bearish milk production report on Monday that showed a 3.10% increase in production for December and an extra 100,000 head of dairy cows from a year ago. 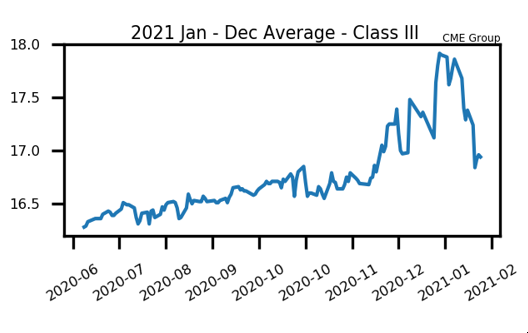 Milk cows on farms in the United States were up 100,000 head from a year ago in December

Corn futures posted five consecutive up sessions this week that saw the market push up into new highs for the move. In total, the March 2021 contract gained 46.50c and closed at $5.47 per bushel. Friday’s session alone saw the market tack on another 12.50c. News this week centered around the fact that truck strikes in Argentina continue to slow shipments to the ports. There have also been export sales announcement updates almost daily, which reinforces the strong demand for U.S. corn right now. On Friday, there was an export sales notice of 2.108 million metric tons of corn for delivery to China during the 2020/2021 marketing year. Corn sales are up 126% from this time last year. Additionally, Central Argentina received some rains on Thursday night. 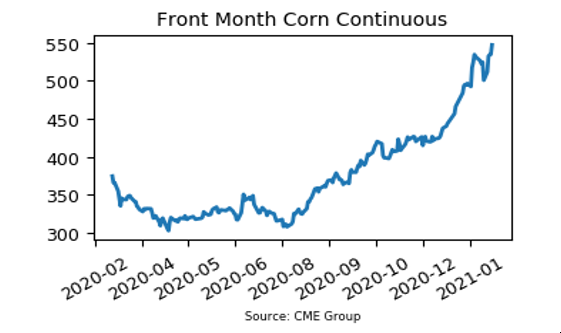 Corn sales are up 126% from where they were last year

China continues to be a large buyer of United States corn

After dropping $41.60 per ton last week, the soybean meal recovered about 25% of that drop this week. The front month March 2021 contract recovered $9.40 and closed up at $431.00. There was an export sales announcement on Friday of 132,000 metric tons of soybeans for delivery to China during the 2021/2022 marketing year. There is still expectations that truckers will continue striking on Monday. Brazil is still in good shape but rains are starting to slow harvest. United States soybean sales are up 83% from this same time last year. There is the expectation that the US farmer will increase acreage for 2022 due to these higher prices. 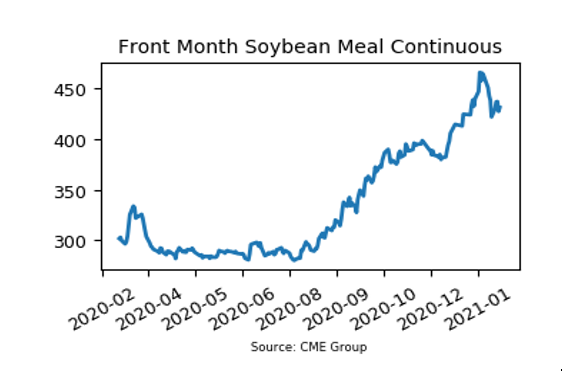 Truckers are blocking ports in South America as the strike continues

United States soybean sales are up 83% from a year ago 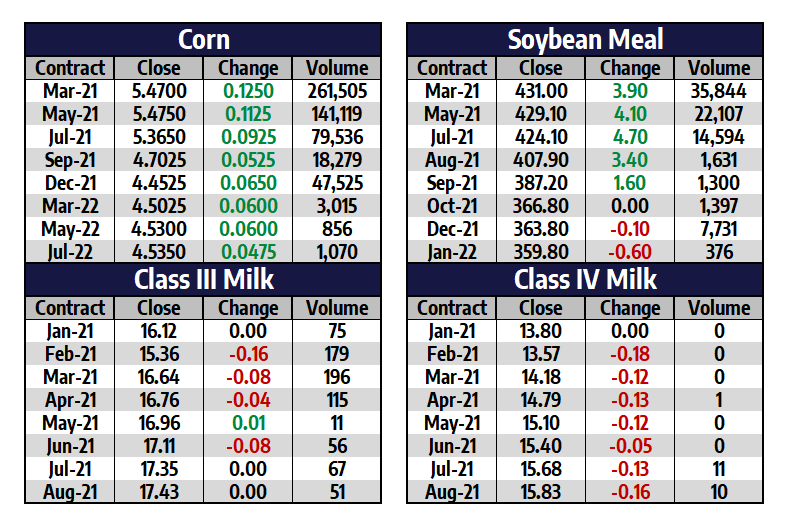