The milk market finished a choppy week of trade on the right foot with steady double digit gains on Friday. A strong turnaround in the spot cheese price is leading the charge to higher milk prices. The spot cheese block/barrel average has now closed higher for sevens sessions in a row after falling lower for nine in a row before this rally. Blocks added 2c on Friday to $1.90/lb while barrels added 4.25c to $1.8950/lb. There were 5 loads traded total. An up day of 22c to 41c in the nearby class III contracts brings milk green for the week. The now second month March 2022 contract added 31c total and closed up at $21.66 per cwt. April added 36c this week and closed at $21.80 per cwt. Over in class IV, it was another steady week of trade. Spot butter closed the week up at $2.50/lb while powder closed at $1.8325/lb.

The strong turnaround in the US cheese market is encouraging and could prevent these class III contracts from going through a bigger correction. It is also encouraging to see buyers return to the spot butter trade and support that market back to $2.50/lb. Market technicals still lean overbought though, which could still create a selloff in the market to reset the indicators. Although, if the spot markets continue to receive bidding, that correction could be delayed. For now, the milk market still holds in a bigger picture uptrend. 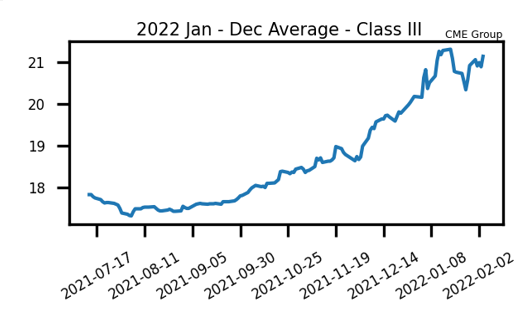 Corn Has a Setback This Week

The US corn market traded about 15c lower this week as a couple bearish fundamentals soured the market. First, the market was surprised to see an unexpected large increase in ethanol stocks in this week’s inventory report. Also, ethanol margins have dropped as well. The worry is that this could slow ethanol production and increase corn ending stocks in the US. Additionally, China cancelled a corn purchase from the US that had totaled 380 mt. The Chinese Ag Attache reduced their corn imports from 26 mmt to 20 mmt. Concerns over the Argentina corn crop provides support though. The Buenos Aires Grain Exchange rated Argentina’s corn crop at just 28% good to excellent. A higher crude market also adds support to corn. 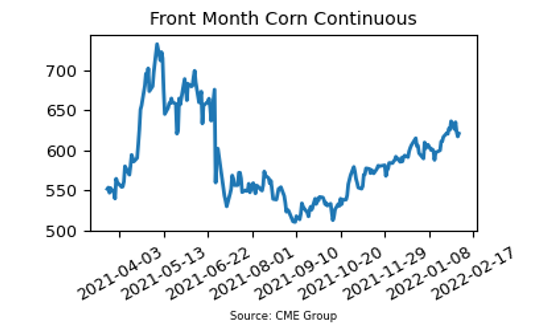 Soybean meal futures rallied over $30 per ton this week on a strong week of trade. The market now holds over $440 per ton in the nearby contract months. There were rumors yesterday that China bought at least 8 cargoes of US soybeans. Record amounts of boats are waiting to be loaded with soybeans out of Brazil. The USDA reported a soybean sale of 295,000 mt of soybeans for delivery to unknown, with the majority for delivery during the 2021/2022 marketing year. This is a possibility for rains this weekend in some of the drier areas of South America which will be watched closely. There is a USDA Supply and Demand report next Wednesday that could provide volatility for the market. 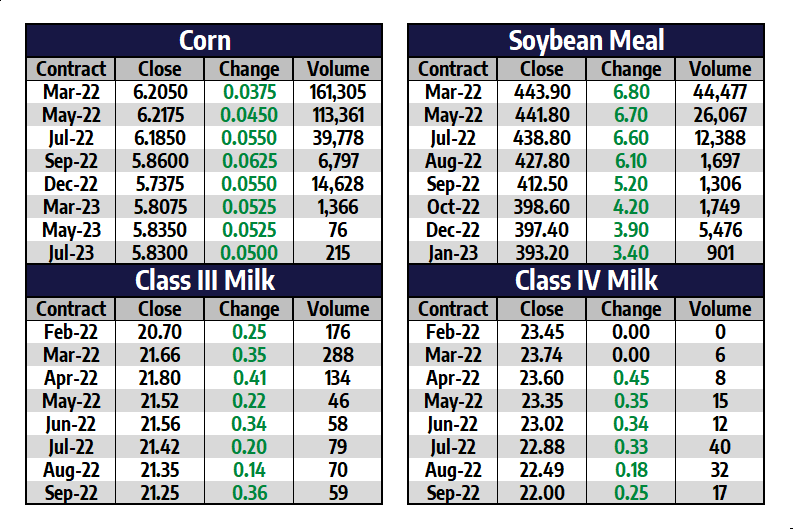