Trade this week was positive in the Class III markets as the 2021 calendar year average tested levels just below $17.00 before reversing higher to finish the week at $17.37. We received a lot of fundamental information for the milk market this week as milk production and the cold storage report came out on Tuesday. Milk production for the month of January came in at 19.17 billion pounds vs. 18.877 billion pounds in January of last year. This is an increase of 1.6% YoY, which is near trendline growth but well off of recent growth numbers in November and December coming in over 3% higher YoY. Cold Storage for cheese was up 3% YoY and was virtually stagnate from December to January. The rapid growth of over 6% YoY in December looked concerning, but the slow change in January looks to alleviate the issue. The spot trade this week was a bit of a mixed back. The block/barrel average and non-fat powder gained 4 cents. Butter lost traction after a 15 cent up week last week to finish down 8 cents at $1.47/lb. Whey finished the week at the highest levels of 2021 at $0.5575/lb. 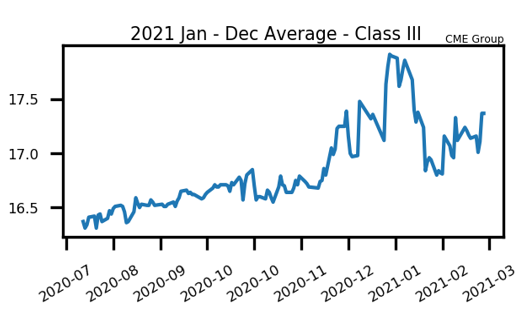 Milk Production growth rates slowed down to 1.6% in January

Cheese in cold storage also showed signs of slowing growth up 3% YoY in Jan vs. 6% YoY in Dec

Corn futures remained choppy this week as the first three days started out trading higher and the last two day of the week ended up trading lower. March futures were still able to add 6.25 cents by the end of the week to close at $5.49. Weekly export sales for the week came in at a marketing-year low for corn at 453,300 metric tons. We may begin to see lower export sales numbers through the upcoming weeks as South America continues to work on harvest and getting second crop corn into the ground. Currently, Argentinian corn is estimated to be 20-30 cents cheaper than U.S. prices. 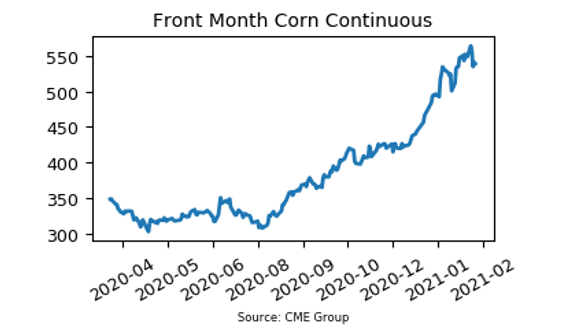 The soybean meal market continues to struggle to gain any substantial traction as it finished its fourth week in a row lower. The losses were minimal only losing $1.20 a ton to finish the week at $422.4. The monthly candlestick for February is now finished and the net losses on the month sit at $8.60 a ton. From a technical standpoint, we are starting to see some of the longer-term technical indicators turn negative. Weekly export sales for beans came in at 167,900 metric tons. This is down 67% from last week and 72% from the previous 4-week average. 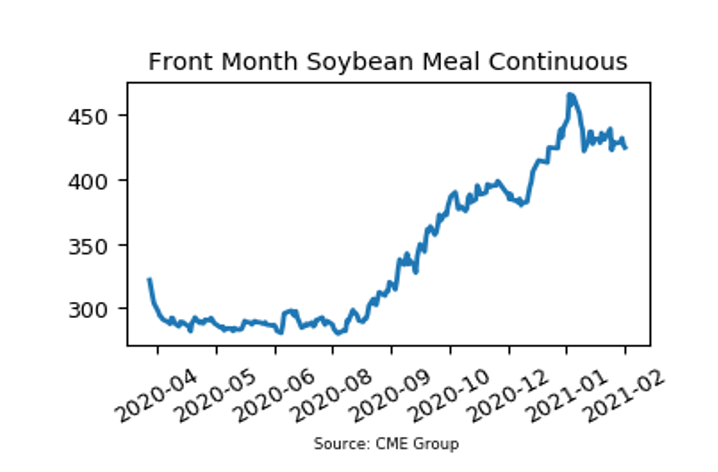 The weekly export sales number dropped 67% vs. last week and 72% from the previous 4 weeks