With the volatility taken out of the dairy market over the past couple of weeks, the market has been steadily working higher on relatively light volume. Friday’s price action saw contracts lose some of their earlier week gains in the nearby months, but overall class III milk still had a green finish. The class IV market had another quiet week of trade, with most nearby contracts losing about 20c. The market will now turn its attention to next week’s release of the February milk production report. The report should shed some light on the production trend moving forward. If the USDA revises the January production higher and we see yet another strong increase in February, it could turn the market bearish in the short term. 2021 class III contracts remain priced between $16.36 and $18.42. 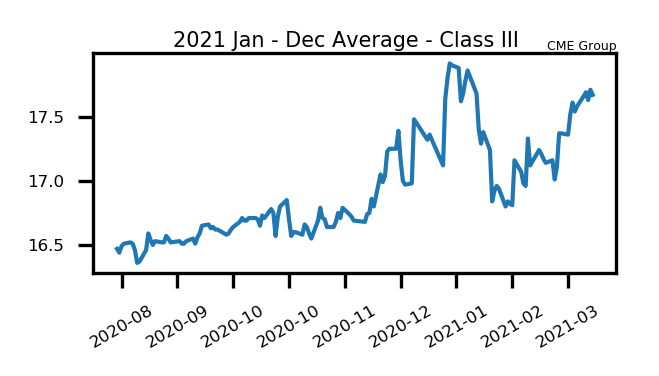 Total dairy exports were down 5% YoY but we saw large increases in butter and whey. Up 79% and 15% respectively

The corn market had another week of choppy trade as the market had over a 25 cent range on the May contract before finishing 5.75 cents lower. On a technical basis the corn market is testing the 50-day moving average on the continuous chart for the first time since bottoming in August. A break of this level could indicate further downside price action The market moved lower on the fact that the USDA didn’t make any changes from February to domestic carryout for corn at 1,502 million bushels. The USDA also didn’t make any changes to the South American corn crops with Brazil at 109 mmt and Argentina at 47.5 mmt. World carryout was actually slightly higher than February at 287.7 mmt vs. 286.5 last month.  Weekly export sales were also disappointing coming in at 395,500 metric tons. This is down from last week and down 48% from the previous 4-week average. CONAB increased their estimate for the Brazil corn crop to 108 mmt vs. 105.5 mmt in February. 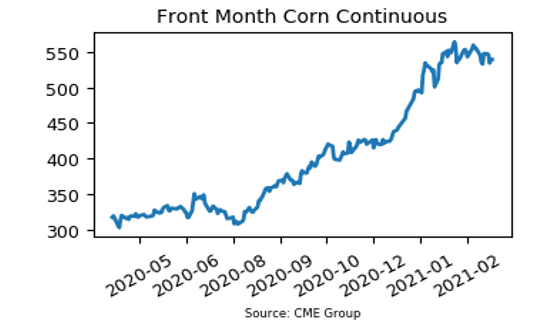 Double crop planting is well underway in Brazil, but is behind the usual pace

The soybean meal market continues to drift lower as the May meal contract traded briefly below the $400/ton level today before finishing the week just above it at $400.60/ton. This could be a level of psychological support that the market may consolidate around before moving lower. But, the trend still looks lower as the meal market finishes it’s fourth consecutive week lower. The USDA report was a bit of a dud as little was changed vs. February’s numbers. The USDA kept the domestic carryout number for beans at 120 million bushels. The USDA increased their estimate of Brazil’s soybean crop to 134 mmt vs. 133 mmt last month. On the flip side, the USDA decreased Argentina’s soybean crop from 48 mmt to 47.5 mmt. Netting out the changes the world carryout number increased slightly to 83.7 mmt vs. 83.4 mmt last month. Weekly export sales for beans did improve over last week coming in at 350,600 metric tons, up 32% from last week. CONAB increased their projection for the Brazilian bean crop to 135.131 mmt vs. 133.8 mmt in February. Argentina’s poor crop ratings for beans continue to increase as the recent dry weather hurts the crop. 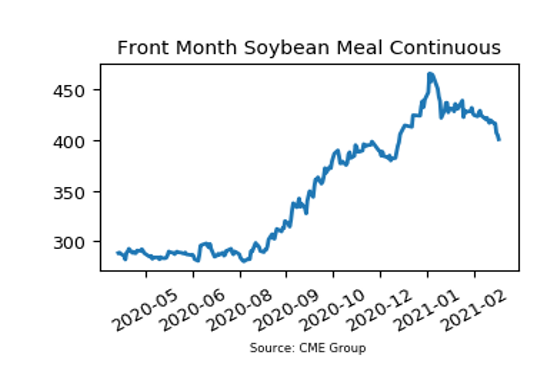 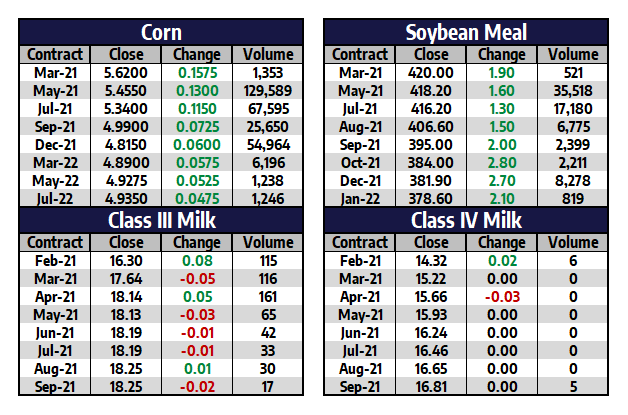