Class III futures closed the week with gains as the second month May contract finished Friday at $24.85, up 23 cents overall. The reaction to the losses from the end of March has been positive with a nice snap back to the topside, and credit is largely due to the higher feed prices and a push to multi-year highs in cheese. The block/barrel average finished the week 7.00 cents higher at $2.34375/lb, its highest level since November 2020 as the market was able to breach the 2019 peak. Spot whey also posted its second higher weekly close within the last nine, pushing 2.50 cents higher with a close at $0.6350/lb. Class III prices and the 2022 calendar year average are positioned just beneath the highs from a few weeks ago while the second month chart still sits beneath the 2014 apex, making for what could be an interesting upcoming week.

Class IV milk trended higher this week with the May contract up a dime to $25.20. This is 13 cents beneath the all-time high for the second month chart at $25.33 as the market has been sideways since mid-February. This week, spot butter gained 7.25 cents with a weekly close at $2.7825/lb while powder fell 2.75 cents to $1.8225/lb. Technically, the spot butter chart has been forming a wedge for most of 2022 and is setting itself up for a breakout one way or the other, while spot powder has now closed between $1.80/lb and $1.90/lb for 13 weeks. While things have leveled off for the Class IV complex, the fundamentals remain mostly bullish but the USDA reports and other market updates should be watched for any shift in that trend. 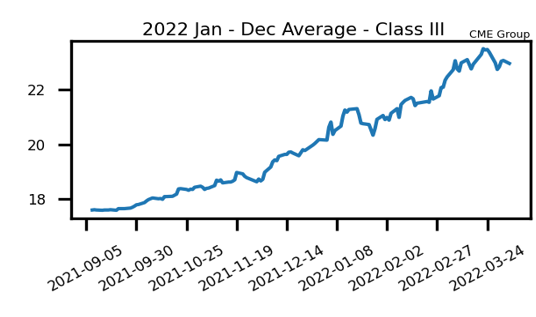 While the old crop contracts have been mostly flat for the last five weeks, albeit in some wide ranges, new crop futures have hit new highs largely thanks to the bullish acreage report last week. May corn futures closed 34.75 cents higher on the week at $7.6875, nearing the late February highs again, while December futures jumped 28 cents to finish Friday at $7.16. This is the highest the nearby December contract has traded since December 2012. Today the USDA did release their April Supply and Demand Report, although they punted on US numbers. Ending stocks were unchanged from March at 1.440 billion bushels. World ending stocks did jump to 305.46 million metric tons from 300.97 mmt last month. Brazil’s second corn crop is off to a great start and the USDA upped their production estimate for the country to 116.00 mmt while other firms are closer to 118.00 mmt. Until traders are more confident in the US production season, the markets will likely stay elevated. 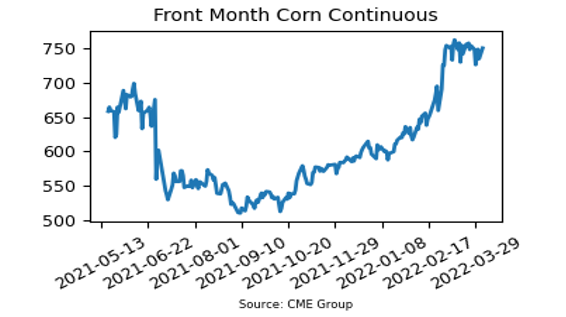 After a nasty trading week to end March, soybean meal prices started off the new month higher with May futures rallying $18.20/ton this week to close at $468.20. The USDA updated their estimate for Brazilian production to 125.00 million metric tons, down from 127.00 mmt last month, while CONAB is closer to 122.00 mmt already. Canola exports from Canada are drying up as well following their poor production season from last year, which doesn’t hurt the domestic demand while China continues to buy. Today’s Supply and Demand report had soybean ending stocks at 260 million bushels vs. 285 mb last month which helped today’s rally. 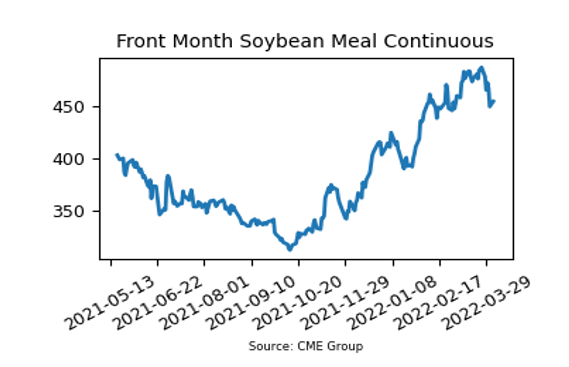 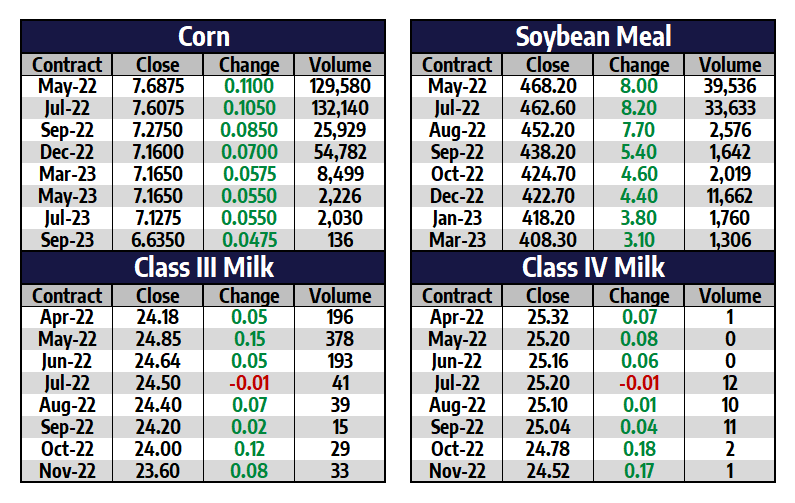