After three strong down days in the middle of the week for class III milk, buyers started finding value mid-afternoon on Thursday and began getting active again. This buying pressure continued into Friday’s session in which contracts recovered a good chunk of what was lost the three days earlier. At week’s end, May class III milk was down 42c this week while June class III fell 33c. May class IV actually finished a penny higher this week while June class IV fell 13c. The market remains in an overall uptrend, and the fact that buyers defended the support levels late in the week is a positive sign the rally could continue. High feed costs and questions about milk production growth this year are keeping a bid under milk. Nearby class III contracts are pushing over $19 again while the further out class IV contracts are back over $17. 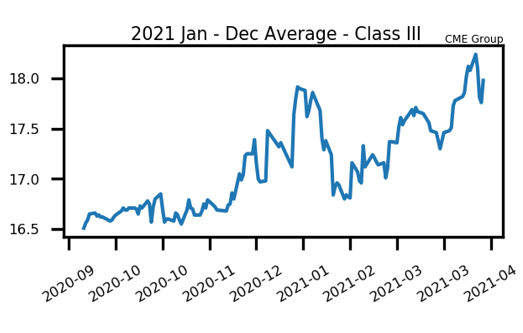 2021 Milk Is seeing higher volatility as it hit new highs; $20.00/cwt in May and June brought sellers into the market

The high feed costs are helping to support higher milk futures. The two markets are starting to trade closely on a daily basis

The whey market has once again made a new all-time high in the spot market at 67.5 cents/lb

Non-fat powder has traded over its recent range of $1.15-$1.20/lb finishing at $1.215/lb. Look for a higher GDT on Tuesday to confirm a potential breakout

Corn prices tested an important level of psychological resistance on Thursday of this week as prices pushed briefly into $6.00 before finishing lower. It isn’t surprising to see sellers come into the market at this level to push the market off the highs to finish the week at $5.8675.  Despite the sell-off at the end of the week, prices were still able to finish the week with a 9.5 cent gain. A new development of concern for the market is the Safrinha corn crop out of Brazil. The country’s pivotal growing areas have been dry and are expected to stay that way. Price action off of the Brazilian exchange is telling as prices have surged as high as $8.30 a bushel. 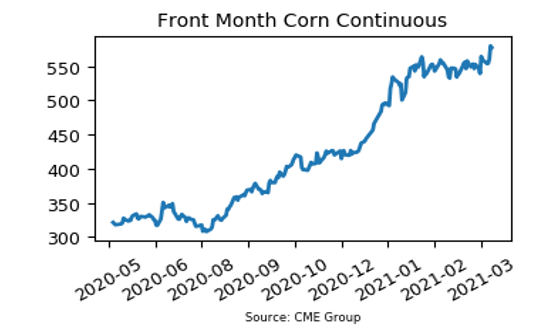 Despite seeing a 30-cent gain in the soybean market this week, the meal market continued to be the laggard as prices only improved by $1.2/ton to finish the week at $402.4/ton. The market continues to cling onto the $400/ton level as the market trades briefly above and below this level of resistance.  A weekly close below $400/ton may open the door for more weakness to the downside. Concerns over a strike happening at a crushing plant in Argentina offered some support for the market. But, this is battling with the fact that a return of the African Swine Fever in China is potentially diminishing meal demand. 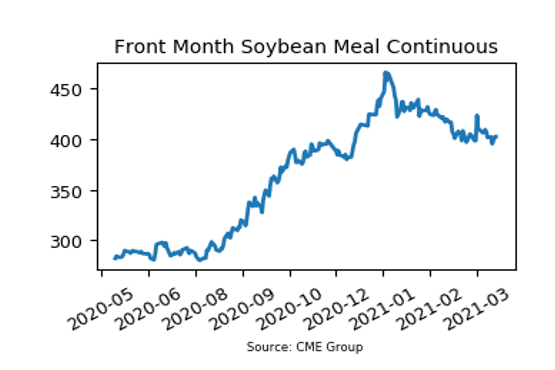 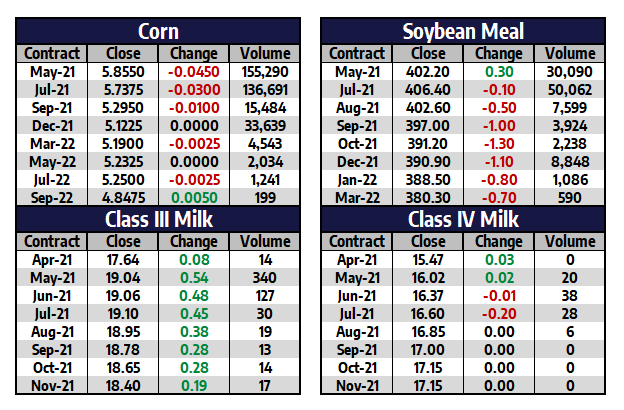