The trend for both class III and IV milk futures remains steadily higher, as dairy has been closely linked to the current run-up in feed. Although, some heavy selling pressure in grains later in the week started to spill over to the dairy trade as well. The second month June class III milk contract fell 2c lower on Thursday and another 22c lower on Friday.  The July contract fell 20c on Thursday and 20c on Friday. The market remains at strong price levels, but if feed can’t sustain this rally, there could be trouble ahead for dairy. Milk production across the country has remained high all year and slaughter rates aren’t as strong as you’d expect, given the high feed cost situation. Taking advantage and protecting revenue at these higher milk prices in an incremental approach makes sense. Nearly all current 2021 milk contracts are over $19 per cwt and there are starting to be some $18’s popping up in the class IV strip as well. Dairy news was quiet this week, but next week there will be a Global Dairy Trade and milk production report. 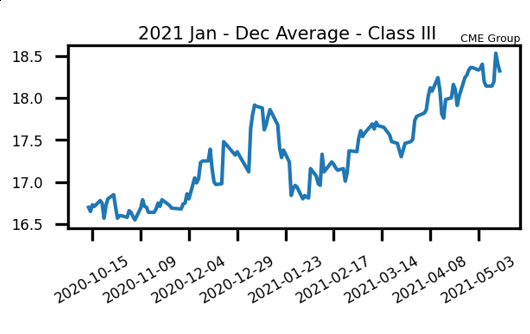 Weekly dairy cow slaughter continues to slow, and the number of head slaughtered YTD is only 9,100 head more than last year at this time

The corn futures market finally hit a wall of sellers this week after having surged higher for six weeks in a row. By week’s end, the July 2021 contract lost a total of 88.50c and finished down at $6.4375 per bushel. The high of the week was $7.3250 and the low of the week was $6.4175. The funds are starting to liquidate some long positions. It is estimated that on Thursday’s limit down day (40c) funds lifted roughly 65,000 contracts of corn. A rapid planting progress this Spring in the United States is starting to weigh on prices. Additionally, the fact that this week’s Supply and Demand report showed corn ending stocks higher than expected added to resistance. With US stockpiles still on the lighter side, use pullbacks as areas to buy corn feed if coverage is light. On the bullish side, China continues to be a steady buyer of US corn. 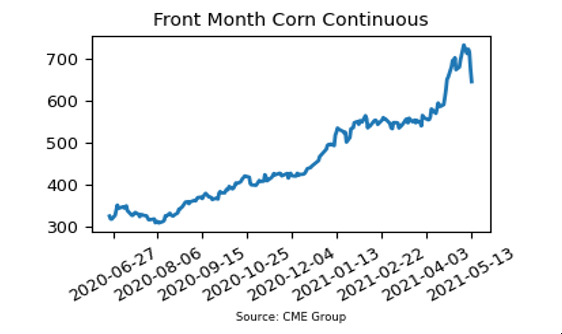 The front month soybean meal contract posted just two down sessions this week on both Thursday and Friday. Thursday’s down day saw the contract down $27.40 per ton while Friday had the contract $2.90 lower. For the week, the July contract closed at $418.50, which is down $23.30 overall. Despite weakness this week in grains, soybean stocks still remain extremely light – and potentially tighter than the current 120 mb ending stock number. There is a rumor that Brazilian beans are headed to the United States as crushers need supplies. The northern plains still remain drought-ridden, which appears to be spreading. For the most part, the USDA failed to give bullish traders fresh news on the May report, which is why grains are being liquidated somewhat. 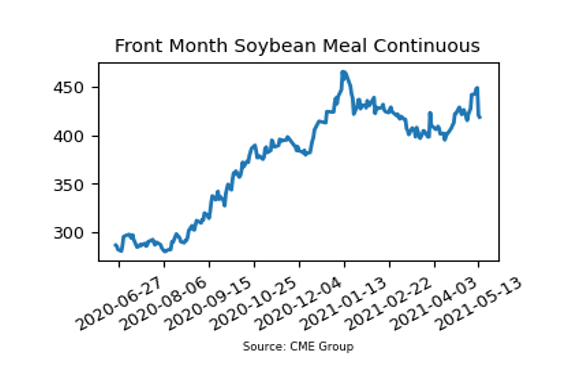 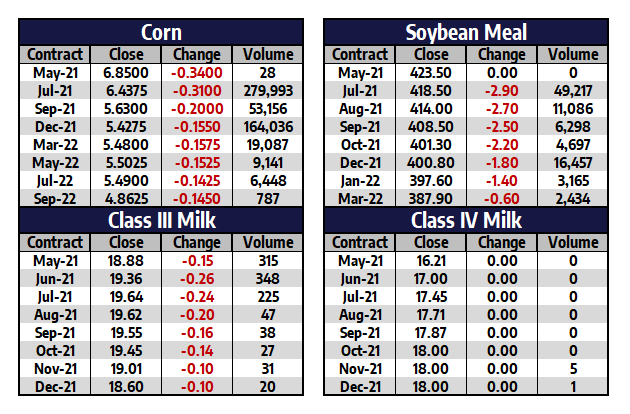