Class III milk futures were supported this week by steady cheese demand that pushed cheese to a new high of year. On Wednesday of this week, the US block/barrel average cheese price closed up at $2.4125/lb, its highest close since November 2020. The surge in demand and the recovery from the recent sell-off brought buyers back into class III milk futures and took the market back up to the $25 per cwt level. Contracts failed to make new highs, but were within striking distance. Late in the week, the barrel cheese market fell 5c lower on Thursday and 5.25c lower on Friday, so the rally subsided a bit. Class IV milk was supported by a rise in US butter this week, adding 14.50c for the week. A bullish milk production report on Wednesday also added fuel to the fire. 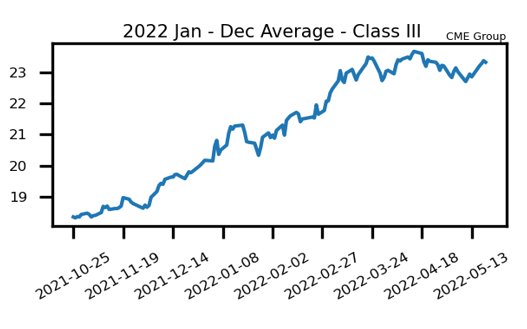 Long liquidation and profit taking continues to weigh on the corn market as some contracts finished the week down four sessions in a row. Planting progress across the United States is expected to make another large jump on next week’s Crop Progress report that the USDA will put out on Monday afternoon. There are more rains forecasted this weekend in the Midwest, though. The NOAA 90 day forecast is warm and dry for the US Plains and Western corn belt. Outside of the US, Argentina’s corn harvest is estimated near 27% complete with the crop rated 17% good to excellent. This compares to 47% good to excellent last year. For the week, July 2022 corn finished down 2.50c to $7.7875 per bushel while December 2022 corn fell 16.75c to $7.32 per bushel. 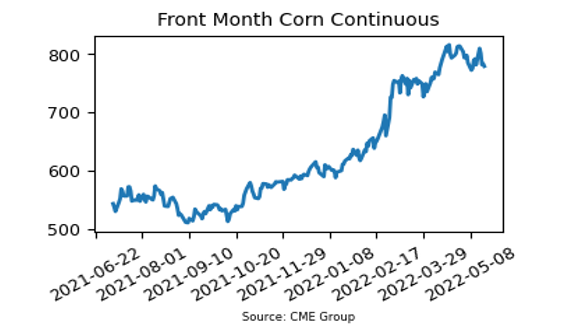 After soybean meal futures struggled for five consecutive weeks, buyers defended the $400 per ton level and reversed the market this week. The front month July contract added $20.60 per ton and closed back up at $429.90. This is after the price pushed below $400 per ton briefly last week. Demand for US soybeans is still high across the globe. Cumulative soybean sales have reached 102% of the USDA’s forecast for the 21/22 marketing year versus a 5-year average of 98%. Yesterday the Buenos Aries Grain Exchange said 67% of Argentina’s soybeans were harvested with expectations for 1.54 bb of production. This is the same as the USDA’s estimate. The Argentina soybean crop is only rated 10% good to excellent, though. 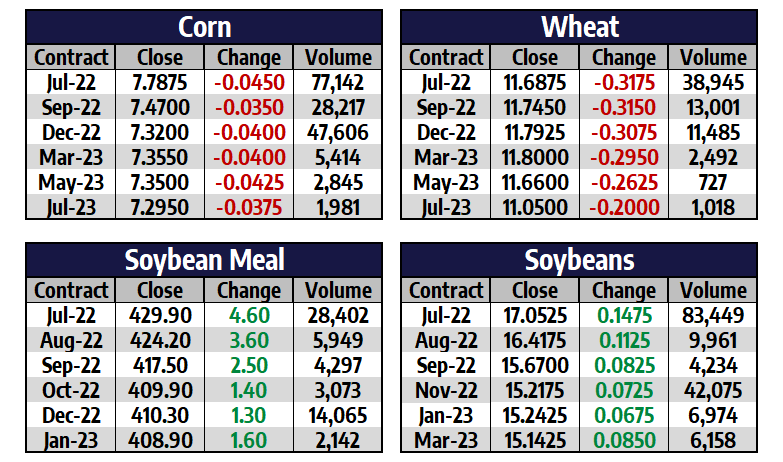