The class IV milk trade has caught a bid the past couple weeks as butter and powder prices once again soar in the United States. Over the past two weeks, US butter has gained 17.25c to $2.8775/lb while US powder has added 13c to $1.86/lb. Neither market has had enough strength to push into new highs for the year, but the demand surge has brought these products within striking distance of new highs. The turnaround in demand for these products has taken class IV milk up into new all-time highs. June 2022 class IV milk added 50c this week to $25.55, after having added $1.05 last week. The contract that set the record this week is the July contract, which added 55c this week to $25.75.

The support in class IV helped keep class III milk futures slightly higher this week, despite a slow week for the cheese trade. The US spot cheese block/barrel price closed lower Tuesday, Wednesday, and Thursday of this week and fell 7.625c by week’s close. The US cheese price is still very strong, but did close the week below the recent swing low. Next week’s trade will be shortened due to the Memorial Day Holiday, but the following week there will be another Global Dairy Trade auction. The market will look for those results to see if global dairy prices remain under pressure or not. Recent auctions have seen the GDT Price Index fall 5 events in a row. 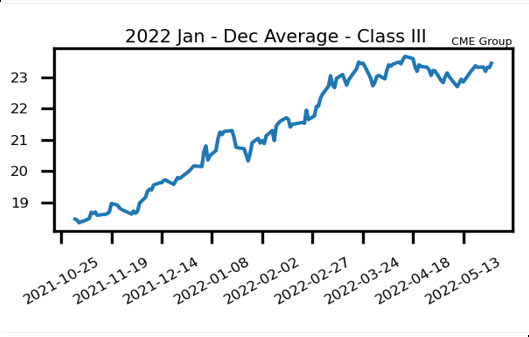 – July corn hit a low this week of $7.55 per bushel but buyers defended well and pushed the market higher by week’s end

– Managed money is estimated to be long 269,000 corn contracts heading into the 3-day weekend 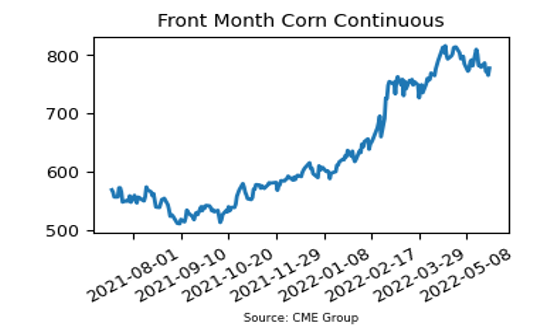 – For the second week in a row, soybean meal futures closed green as the market recovers back over $430 per ton

– After hitting a low for the month of $395 per ton, the front month soybean meal contract finished this week at $432.30 per ton. Buyers are showing strength defending the $400 per ton level

– Strong basis is reported for both crushers and exporters 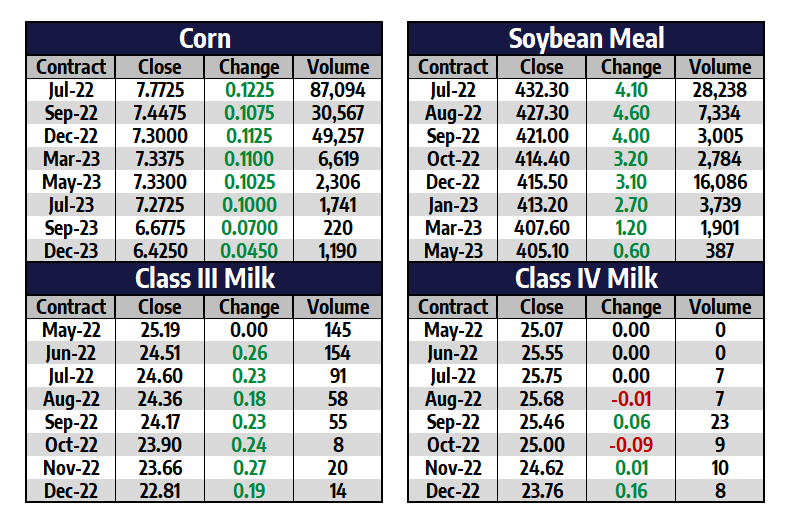