The July Class III contract fell more than a dollar on the week, closing out Friday’s trade at $23.56. Despite finishing 4.3750 cents higher today, the block/barrel average was still down almost a dime on the week at $2.15125/lb. This totals 26.1250 cents of losses since putting in the 2022 high on May 18th, with this week portraying a more bearish tone in the regional cheese reports. If cheese fails to find some footing soon, Class III milk could look expensive with many nearby contracts hanging near $24.00. Conversely, one could argue milk futures had made quite a run from early May to early June and were due for some technical retracement.

After pushing to new contract highs earlier this month, many Class IV contracts have set back. The July contract was 84 cents lower in this week’s trade with a $25.35 finish, 95 cents off the all-time high on the second month chart at $26.30 from the 8th. Spot butter fell 3.50 cents on the week with a close at 2.94/lb and remains at historically strong levels, while spot powder finished Friday’s trade at the recently familiar $1.80/lb spot. The fundamental picture remains more bullish for the Class IV markets compared to Class III, and Tuesday’s GDT Auction will give an update on how US markets compare with the world. Also on Tuesday, the USDA will release May Milk Production. 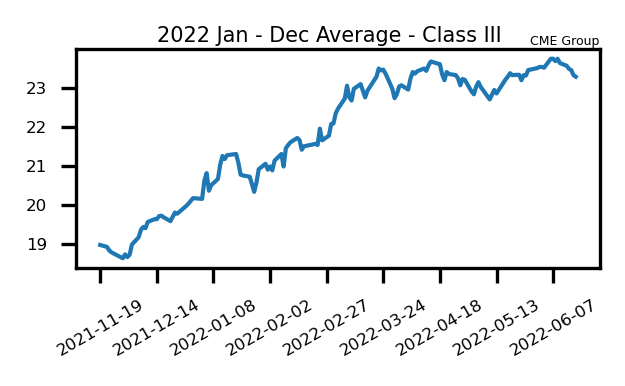 – There was likely some profit-taking heading into the long weekend but crude and wheat weakness lent a hand.

– The weather forecasts remain drier for the next week with higher-than-average temperatures. 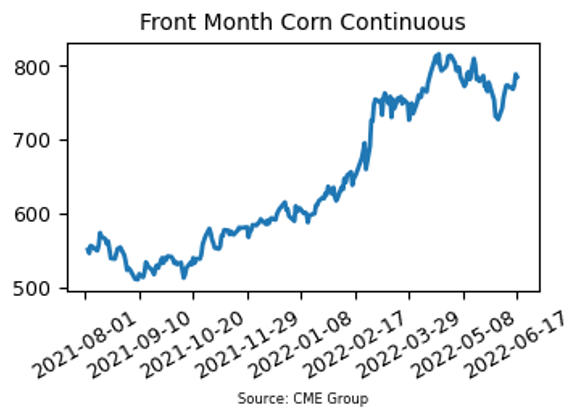 – Prices are at their highest level since late April despite a nasty turn lower in soybean oil.

– IIHS Markit estimates soybean plantings for 2022 to be 88.7 million acres, down 280,00 from their previous estimate.

– New crop export sales hit a record 481.4 million bushels for soybeans this week as demand remains a driving force for the complex. 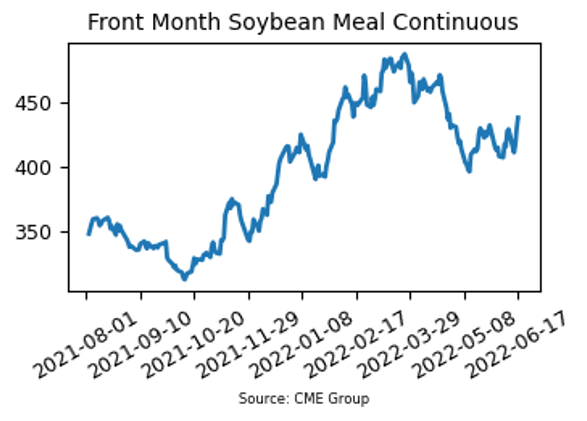 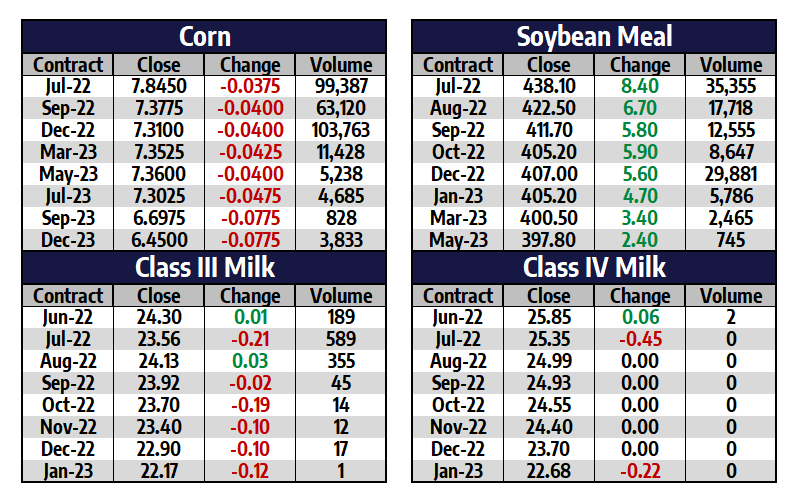