After suffering six weeks of losses, Class III futures managed to hold small gains on the week, although prices moved notably off the daily highs from Tuesday’s trade. Even though the technical action was not overly encouraging, the fact the market ran out of selling pressure and is trying to building some support is a good start. Class IV prices were lower on the week with the second month August contract falling to $16.00. The second month Class IV contract has not trade in the $15.00’s since the week of April 5th.

The spot trade remains lackluster with the block/barrel average up 3.75 cents on the week, still hanging beneath the $1.55/lb level, while whey prices dropped to their lowest level since early March. Prices are now almost 30% off of their May peak, a 7-year high for the market. Butter prices remain bogged down in the $1.70’s per lb, and powder was down for the 7th week out of the last eight. Next week Tuesday will entail a Global Dairy Trade auction update, and hopefully it will entail some good news to get spot prices moving. 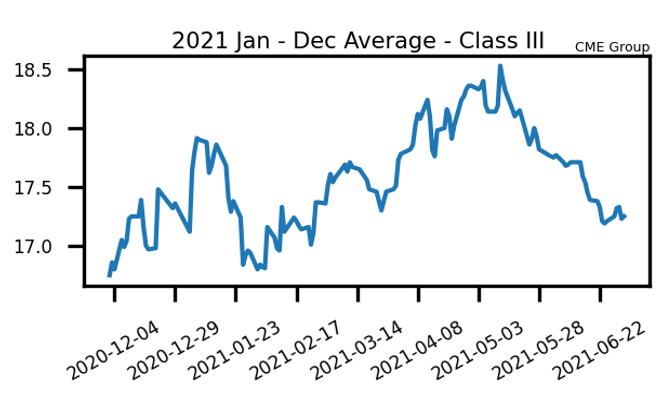 Milk futures have started to hold support as the spot cheese price has based out around $1.50/lb

A  Global Dairy Trade auction will take place next week

Corn Has A Wild Week

The corn market snapped a two week down streak and shot up 61.75c this week on important USDA updates. In the USDA’s Quarterly report on Wednesday, the USDA said that 2021 corn acres were 92.70 million acres, versus market expectations for 93.80 million acres. This caught the market by surprise and ended up with a limit up day in the corn market on Wednesday. Additionally, June 1 corn stocks were estimated near 4,112 million bushels versus 4,144 million bushels expected. Both acreage and ending stocks jumped out at the bulls and created higher prices the rest of the week. Meanwhile, the US drought monitor shows moderate to severe droughts in Iowa, Minnesota, and the Dakotas. There are light rain showers expected over much of the grain belt over the next 10 days or so. 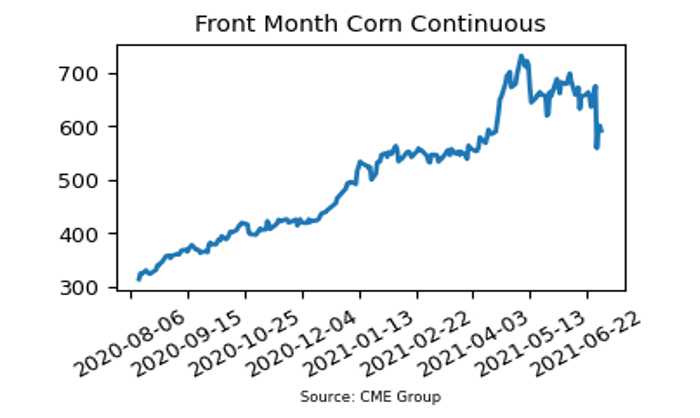 Soybean meal futures jumped $32.60 per ton and posted their first up week over $1/ton since the week of May 3rd. The price movement brings the August 2021 contract back up to $381.50 after hitting a recent low of $340.50. The USDA said that soybean acres planted this year were 87.60 million whereas the market had been looking for a number closer to 88.90 million. Also, soybean stocks as of June 1st were near 766 million bushels versus market expectations for 787 million. Outside of the USDA report, prices are being supported by the fact that the central and northern US plains continue to suffer from a drought. China’s soy production is also expected to fall by 1 million metric tons, so they could continue to be a large global market buyer. 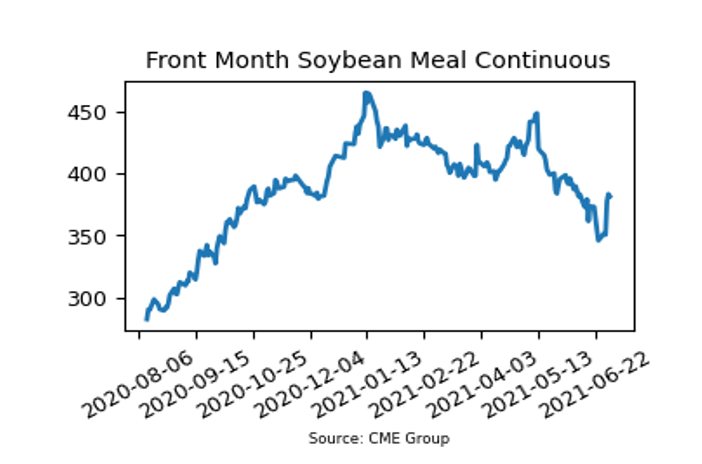 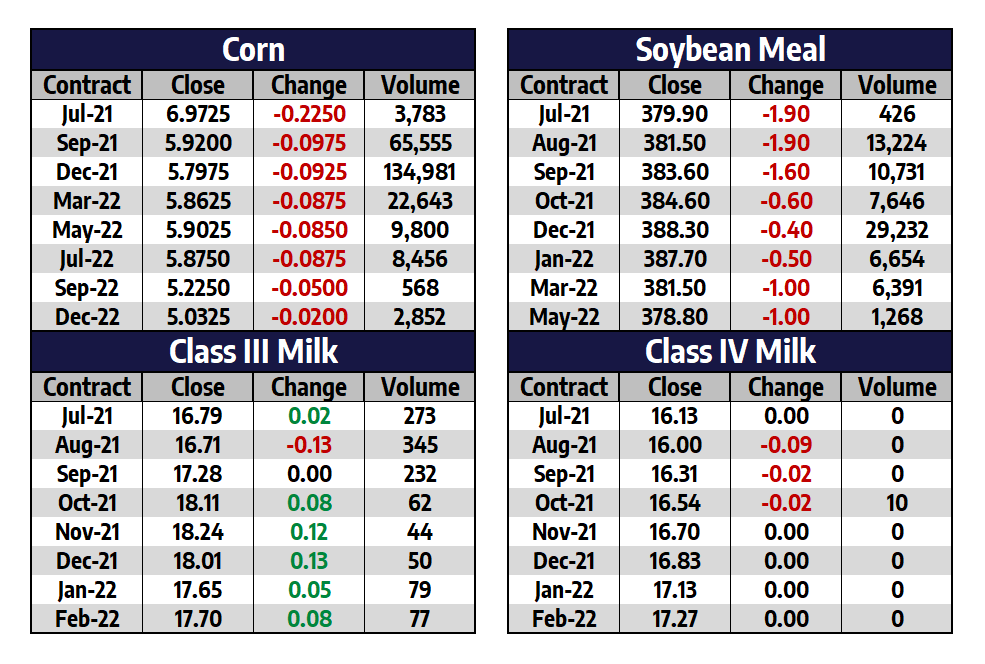