After yesterday’s strong trade action, Class III milk futures moved sharply higher this morning before turning negative and finishing with small losses. The August contract held an 85 cent range made up of a mid-morning move to 52 cents higher and a late morning reversal to 33 cents lower, closing down just a nickel. This was still 83 cents higher on the week for the August contract, 44 cents up for the Q3 average, and a dime higher for the Q4 average. That brings the Class III Q4 average to $18.22, 69 cents beneath our target to cover a second 1/3rd of Q4 milk. Class IV trade was marked with a fall beneath the $16.00 mark for the Q3 contracts, bringing the second month continuous chart to its lowest point in three months.

The strength in Class III prices this week, which occurred despite pressure from elements of the spot trade and outside markets, was earmarked by a strong push in cheese prices as the block/barrel average closed at $1.6525/lb, up 12.5 cents for the week. Whey, butter, and powder prices were all lower on the week, with whey prices down the hardest by falling more than 8% on the week to just above $0.50/lb. If whey prices can find some support in the coming weeks while cheese prices continue their trend higher, our upside target for adding to hedges may come in to play sooner rather than later. 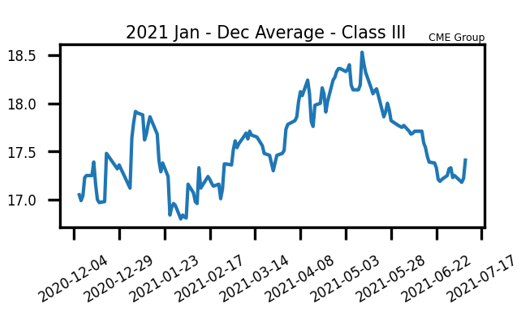 Global Dairy Trade Auction finished 3.6% lower as global prices drop across the board

The corn market started out the week hard in the red as the market traded limit down on Tuesday when reopening after the holiday weekend. After seeing such a strong price reaction to the upside from the quarterly grain stocks report in the previous week, it looks negative for the market to see a lack of any follow-through. The USDA will be releasing a WASDE report on Monday at 11:00 a.m central time that will show the USDA’s first major yield estimate change of the year. While forecasts continue to improve there is still an estimated 38% of the US corn crop in drought condition areas. 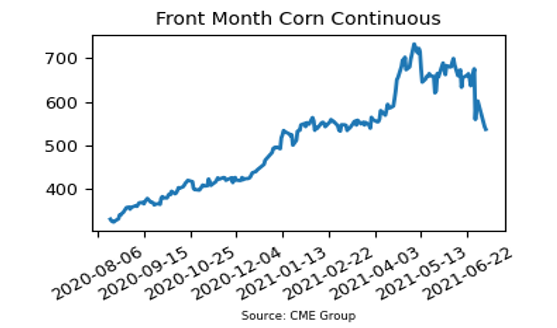 Soybean meal futures gained $32.60 per ton last week only to give $27.4 per ton back this week. The market originally rose higher on the fact that the USDA had lower acreage estimates for the 2021 soybean crop than the market was expecting in their quarterly grain stocks report. Favorable weather conditions and improving forecasts have put pressure on the market this week. A daily export sale announcement of 112,000 metric tons of cake and meal as well as 226,800 metric tons of soybeans to Mexico this week did help the current export pace. While forecasts are improving 33% of the U.S. soybean crop is estimated to be in drought-like conditions currently. 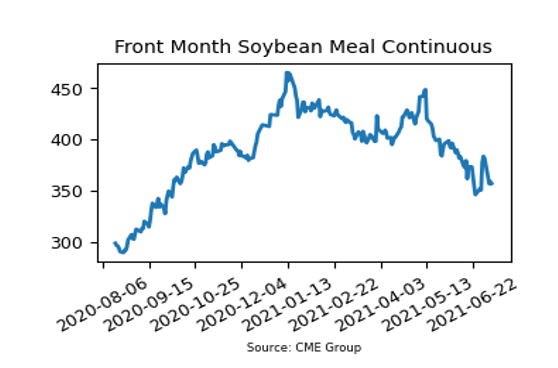 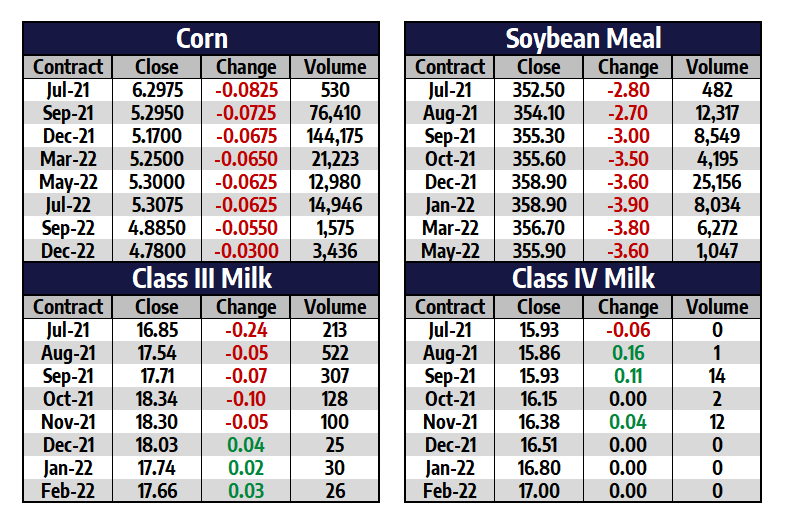