The August Class III milk contract fell $1.59 this week to close at $20.16, the worst-performing week for the rolling second month since November 2020. Spot cheese, which started its downtrend before Class III futures weakened, was not immune to the selling this week by falling 11.3750 cents to close at $2.0325/lb. It had become evident in recent months that the supply and demand equation for cheese was at a crossroads with bearish Cold Storage and Dairy Product Production reports fighting against bullish export demand, but the supply burden has begun to weigh on the market. The block/barrel average has been above $2.00/lb for nearly five months and will need to battle the negative momentum next week to keep that streak alive.

Class IV futures held significant losses on the week with the deferred months struggling to a greater amount compared to the nearby. The second month August contract dropped 57 cents with a close at $24.29, whereas the September through March futures were all down more than a dollar. This is in line with the action in spot butter vs. butter futures, as the spot trade dropped just 4.00 cents this week to $2.93/lb. While butter fundamentals are in a more bullish set-up at the moment, there has been clear resistance around the $3.00/lb mark. Can Class IV futures hang in at such a premium against Class III for an extended period? Next week could be a volatile one with a GDT Auction on Tuesday, June Milk Production on Thursday, and Cold Storage on Friday. 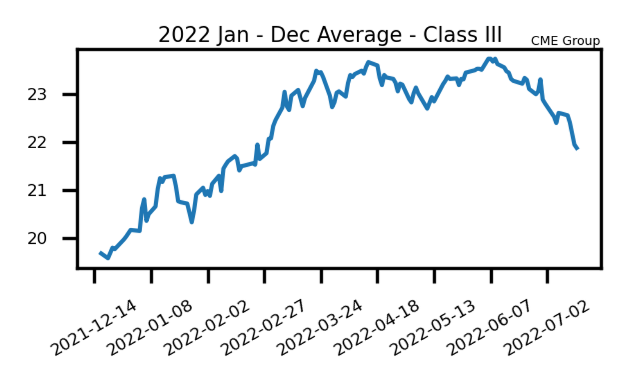 Corn Finds Some Balance Around $6.00

– Prices ran up over $6.50 in the Sunday overnight trading but gave that back by Tuesday’s close

– While rainfall has been adequate in many areas, the Plains and Western Corn Belt are expected to trend drier in the coming weeks 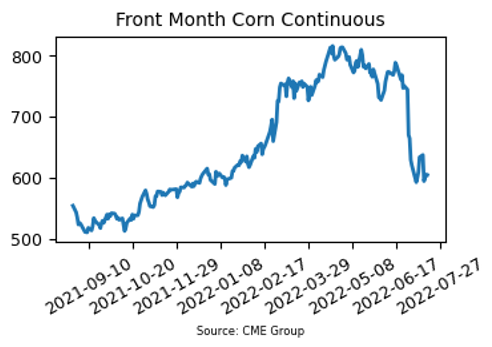 Soybean Meal Hangs in Above $400/ton

– August soybean meal futures closed at $431.00 this week, down slightly from last Friday within a $25.90 range

– Despite the volatility in corn and soybean futures, soymeal remains rangebound for another week 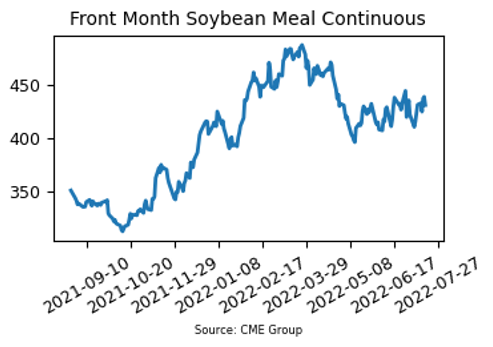 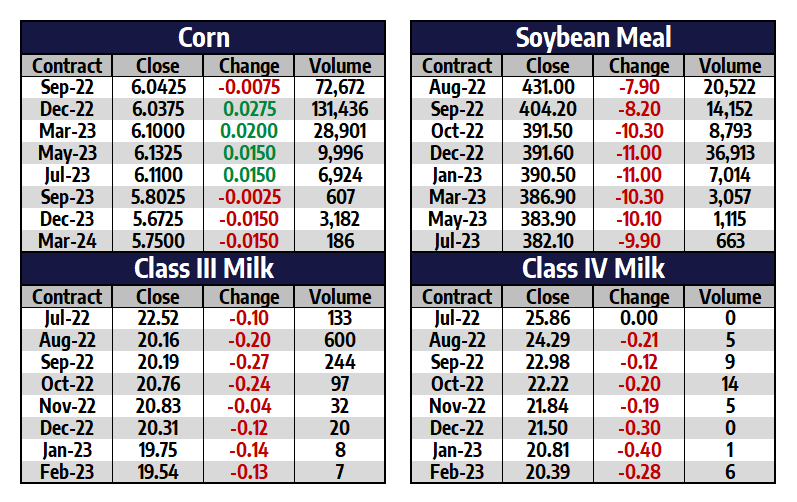