Within the Class III market, we saw the market trade a 64 cent range from high to low but the market only ended up with a 10 cent increase on the week after it was said and done. Trade happened on both sides of the market as the chart formed a weekly Doji. The same stagnation has been seen in the Class IV market as well with the Class IV October contract trading unchanged for three consecutive days this week. Markets seem to be at a lull in movement as they wait to see if the typical seasonal support comes into the market.

The market received a lot of fundamental information this week with Milk Production and Cold Storage coming out this week. Highlights include the fact that milk production was only 1.1% higher in the month of August and cow numbers continue to decline from the May high. Unfortunately, Cold Storage numbers did still show 4% growth YoY in cheese stock numbers. If the trend of slower production numbers continues we may see that translate better to cheese storage numbers. We also had the Global Dairy Trade Auction heading higher this week to continue to support the fact that domestic prices for dairy products are cheap in comparison to the rest of the world. This is likely to keep our export markets strong. 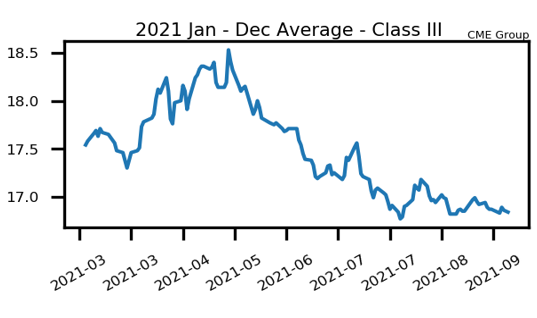 The cheddar block/barrel average was just barely up on the week, but the spread tightened considerably

Corn Down Slightly on Week

The December corn contract finished the week a half-cent lower within an 18.25 cent range, trading down 2.5 cents on Friday. It was an inside trading week with last week’s high of $5.3750 being watched as short-term resistance, and the edge in technical action still favors the bulls since the September 10th reversal. Yield reports have been mostly positive as harvest moves along and the upcoming weather is expected to keep progress running smoothly. The weather situation has been improving in South America on a macro scale as they enter planting season, with Brazil still in the spotlight after ending their production year last year with dry weather. The market still awaits a break out of the sideways range as September nears its end. 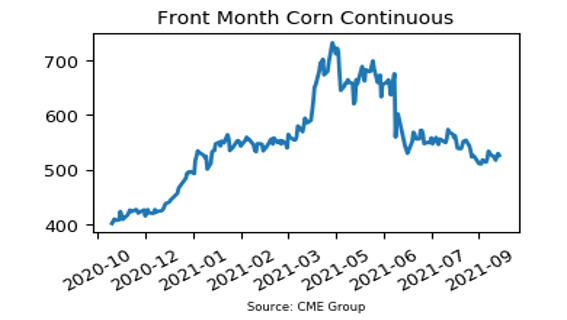 After dropping $11.40/ton the week of August 30th, December Soybean Meal futures have been mostly flat since. This week saw a drop of $3.40/ton to $339.00/ton, which represents a minor push to the lowest weekly close in a year. The markets have moved to sharply overbought territory on the daily and weekly charts, but have failed to show any other technical signs of a bottom forming. With exports waning a bit and Brazil slated to get some needed rain, the fundamental picture for the soybean complex holds a bearish bias, especially with peak supply approaching. 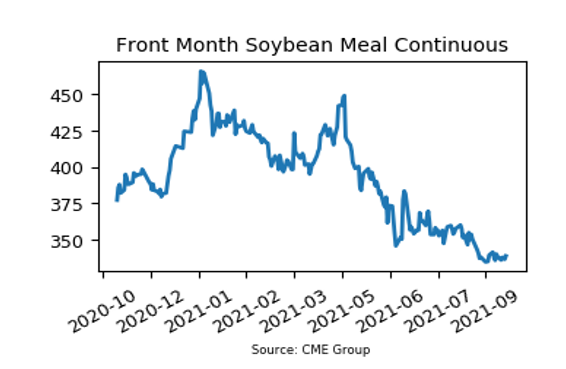 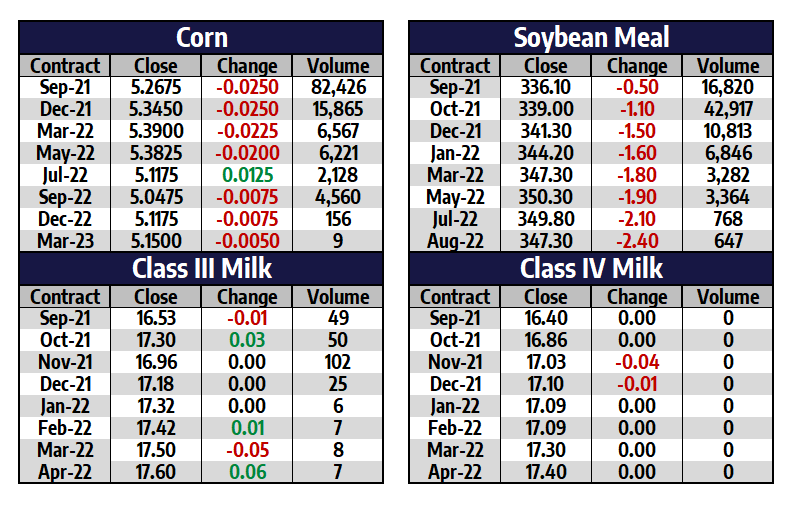