The Class III market ended the month of September with a strong move higher, highlighted by a $1.23 move up in the second month November contract. This rallied the Q4 average 91 cents and to its highest point since mid-July as well. There was some obvious follow-through once the Q4 average chart broke its downward trendline on Tuesday this week, a resistance point that has been in place since prices peaked last May. The block/barrel average pushed back up near its May highs, finishing Friday at $1.7975/lb after a 1.625 cents drop from Thursday’s trade. The 2021 high is at $1.82375/lb and a breach of that level could open up the topside. Spot whey pushed up to $0.58/lb this week, jumping to its highest level in more than three months. The retest of the top of the range for cheese prices remains the most critical element of the market at the moment.

Class IV futures remain at a pivotal point as the November contract traded to $17.35 yesterday, settling back 6 cents during Friday’s trade. The push to $17.35 yesterday was the third highest the second month Class IV contract has traded since October of 2014, matching a push to $17.35 in June of 2017 and just beneath a move to $17.41 in May of 2015. If that contract can make a notable push in to the mid-$17.00 area this month, the potential for a technical follow through closer to $20.00 is possible. The market has garnered support from a spot powder market that continues to push to fresh 7-year highs, while spot butter remains flat and range-bound. Fundamentals for the butter market have improved slowly and may get the Class IV market out of its long-term range sometime soon. 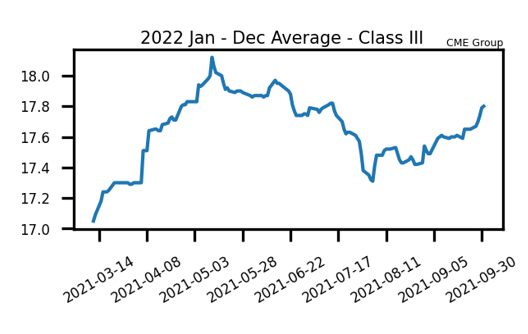 Milk production growth in August was just 1.10% compared to nearly 5% growth back in May

Slaughter rates across the country continue to be strong

The U.S. corn market continues to see counter seasonal strength as the market shrugs off harvest pressure and works higher. This week alone, the December 2021 corn contract added 14.75c and closed back up to $5.4150 per bushel. The rally in corn came despite the fact that harvest progress is clipping along at 18% complete versus the five year average of 15%. Crop conditions hold at 59% good to excellent compared to 61% good to excellent a year ago. The market also shook off the fact that September 1st quarterly stocks were 1.236 billion bushels, versus pre-report estimates for 1.167 billion bushels. Although the updated data is higher than estimates, it is still the lowest level in 7 years. The USDA also lowered the 2020 corn production total as yield fell and harvested acres were reduced by 200,000 acres. 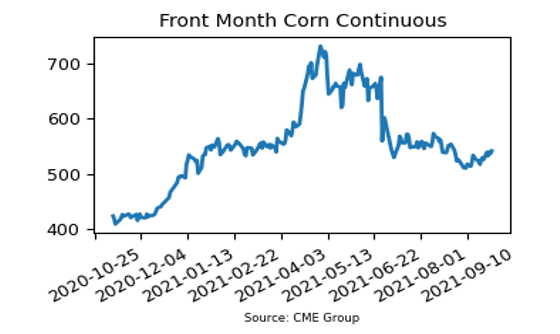 The soybean meal market broke quickly to the downside on Thursday following the release of the Quarterly Stocks report by the USDA. Within the report, the USDA said that September 1 stocks were 256 million bushels versus pre-report estimates of 172 million bushels. This compares to 525 million bushels the same month last year. The USDA also revised last year’s crop higher, with a yield of 51 bpa and did also increase harvested acres last year by 100,000 acres. With the release of this news, soybean meal fell $12.50 on Thursday alone and was down $12.10 per ton this week. This brings the December contract down to $326.90. The market also may be weak at this time as China is not expected to make any purchases in the next week due to their Golden Week holiday. 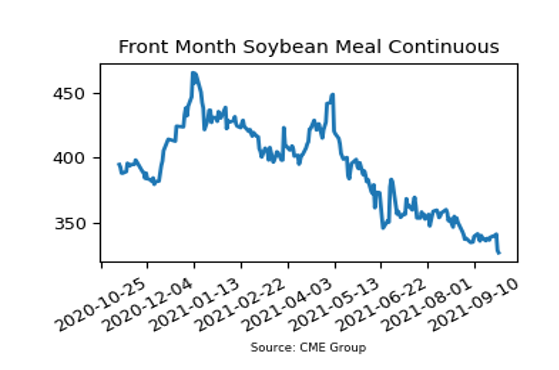 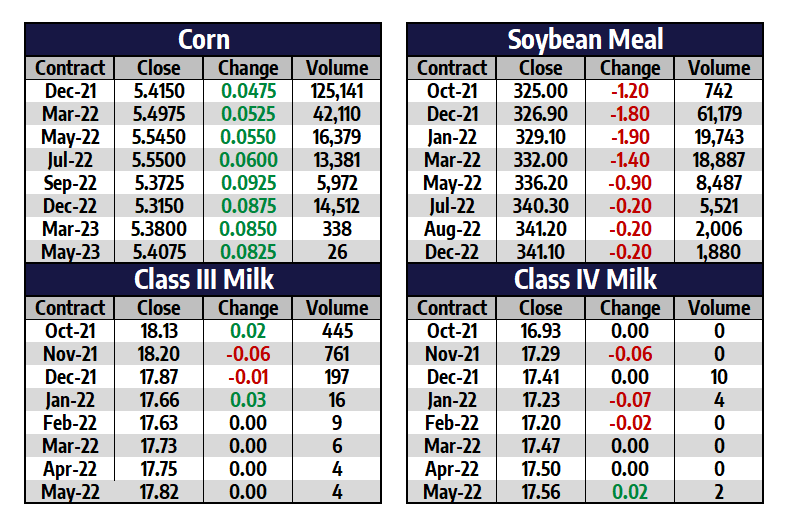