The November Class III contract finished the week 31 cents higher, pushing to a new contract high close of $19.91 on Thursday before giving 30 cents back to end the week. The block/barrel average finally pushed above its April high, closing 2.625 cents higher today at $1.83625. This is up more than a nickel on the week and could open up the topside from a technical standpoint. Spot whey also pushed to a 4 1/2 month high today, closing at $0.6175/lb and within 10 cents of its April peak. Class IV futures were no slouch this week as the November contract finished at $18.29. Every 2022 contract now has an $18.00 handle in front of it as the market has seen good follow-through after its recent move to seven-year highs.

Fundamentally, this was a busy week with a Global Dairy Trade auction, the September production report, and Cold Storage. The GDT auction was higher for the seventh time in a row with butter and cheese prices still holding a strong premium to US spot prices. The production report was also supportive with September milk production just 0.2% higher than September of 2020 along with a revision lower for August. Cow numbers have corrected dramatically from their May peak, although they are still running above the 5-year average. The Cold Storage support was seen as negative for cheese but positive for butter. While there are reasons to be optimistic for price direction in the near future, many elements are testing resistance and the market is providing a valuable area to cut downside risk. 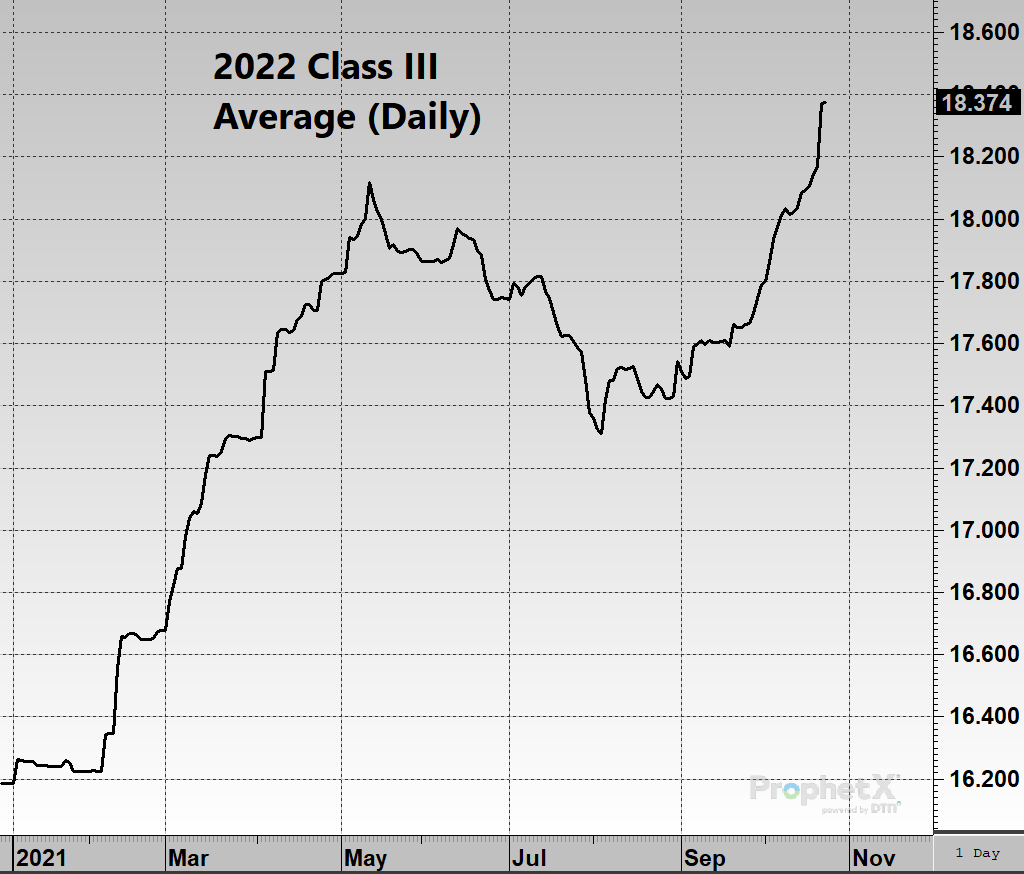 After closing 19 cents off its weekly low last Friday, the December corn contract was able to finish this week 12.25 cents higher at $5.38. There remains little to get excited about in the corn market until a weekly close occurs either below $5.00 or above $5.50, a range the market has held for six weeks now amid harvest. Despite a shift to more comfortable ending stocks on recent USDA reports, support has stemmed from the bullish edge for the 2022 crop given the input headaches, stronger demand for corn into ethanol production in recent weeks, and some positive outside forces like the rallying energy markets. Conversely, the long positioning of the funds still leaves the market vulnerable to a washout at some point and the weaker tone in soybean futures may cap upward enthusiasm if it persists. 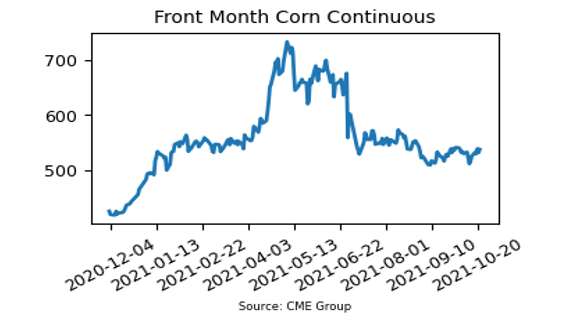 Soybean Meal Up $10 on Week

After pushing beneath the $310/ton mark last week, the December soybean meal contract has been up six of its last seven trading sessions to close $10.80/ton higher on the week. Most technical indicators point to a further recovery from here as the market will attempt to avoid six straight months of lower trade next week. Weather forecasts are mixed over the next couple weeks with a wetter forecast for the US which may slow harvest a bit, but large chunks of Brazil are expected to get beneficial rain within that timeframe. The protein market overall has been one of the few with attractive price movement for feed buyers and has provided an opportunity to cut some input risk for the 2022 crop year. 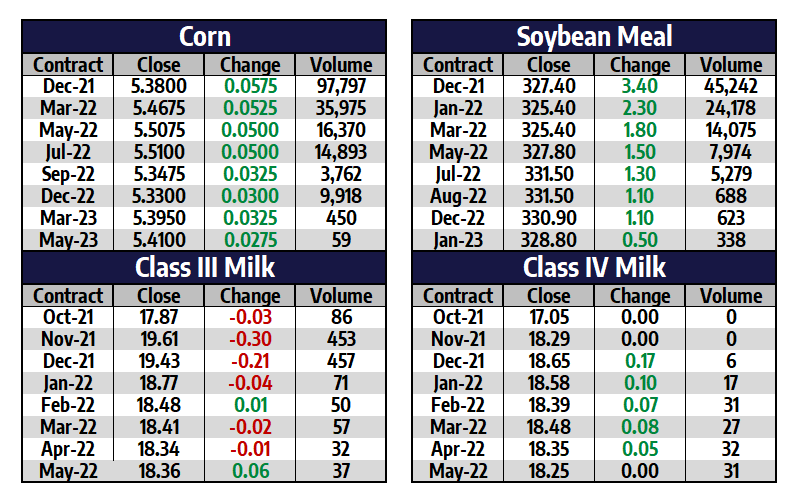