Class III futures traded lower on Friday but the second month January contract was up 24 cents within an 82 cent range for the week. The 2022 average has now closed higher for 15 of the last 17 weeks, hitting a new high at $19.88 and closing out the shortened week at $19.76. The story remains unchanged for the market as it still needs to prove itself on a move over the $20.00 mark, and despite the spot whey strength, the block/barrel average has not been able to provide enough push for another leg up. Spot cheese was just a quarter cent higher on the week at $1.76125/lb with whey prices still chugging along with a push to a new all-time high of $0.75/lb.

Class IV action is a different story as the January contract hit $20.95, tacking on 50 cents this week for a total of $1.75 in the month of December. There have only been 13 months where the second month contract has traded higher than where it is now going back to the inception of Class IV futures in September of 2000. Support continues to stem from the spot market with butter trading 15.75 cents higher to $2.25/lb this week, a huge move higher aided by a 6 cent jump today. Spot powder has consolidated a bit just under $1.70/lb, down 0.75 cents this week. The 2011 high was breached with today’s move, bringing the 2007 high of $21.30 into focus. 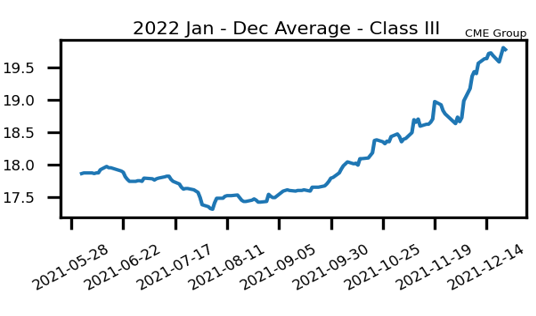 The front month corn contract pushed back over $6.00 this week for the first time in six months as the March contract rallied 12.50 cents, finishing the shortened holiday week at $6.0575. After weeks of sitting beneath resistance at $5.90, the market got a push higher thanks in large part to the poor weather forecasts for production areas in Brazil and Argentina. The thin volume, lower dollar, and higher energy markets aided in the upswing as well as 40-50 cents gains in soybean and wheat futures. With Brazil’s first corn crop in the pollination stage, forecasts will continue to be watched. 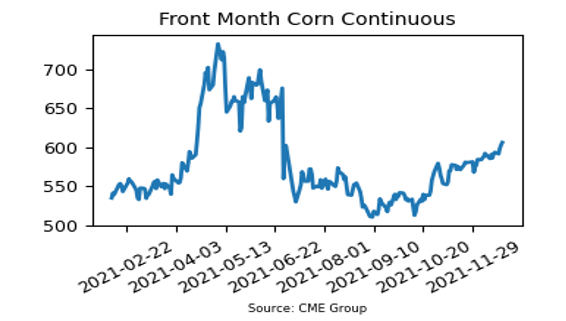 The January soybean meal contract tacked on an impressive $26.70/ton this week to close back above the $400.00 mark. The market has moved into overbought territory, but more importantly the updated two-week forecasts for South America will be watched over the long holiday weekend. After trading down near $300.00 in late October, it has been all upside for soybean meal with the front month contract up $64.30 this month so far. Weather will continue to be the main catalyst for price direction until the January 12th USDA report. 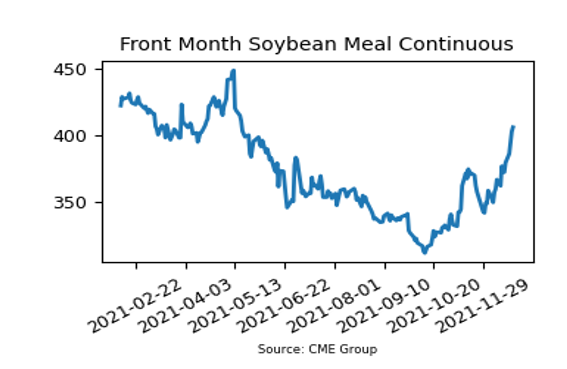 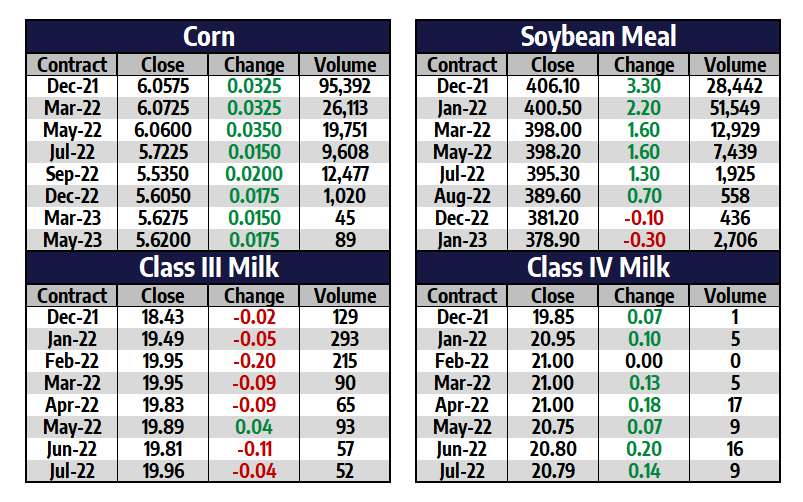