A number of factors pressured the dairy markets lower this week, including just in general the fact that the feed market is correcting. The thought all year has been that if feed costs are going to hold at these elevated levels throughout the rest of the year, that milk production growth will likely slow down at some point. However, there has been no indication of that in milk production reports through April 30th. The USDA put out its April Milk Production Report this week, which showed production growth of a whopping 3.30% from the same month last year. These are not friendly numbers to the market and could add resistance moving forward. With the feed cost narrative starting to slow down as feed goes through a correction, the market may turn its focus to this heavy production taking place across the United States. Should that continue, the market may give back some of its premium pumped into these nearby contracts. For the week, second month class III milk dropped $1.23 to $18.13 while third month milk was down 71c to $18.93. There have been 6 red days in a row for the US block/barrel average cheese market as well – adding pressure to the market. 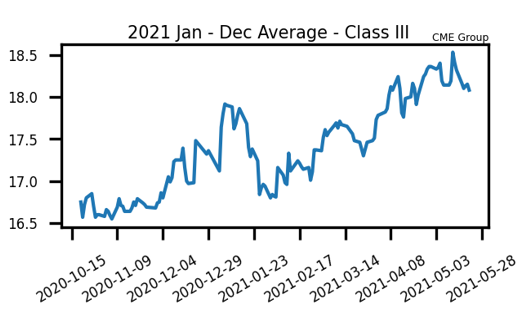 Milk cows on farms in the United States grew 113,000 head in April from the same month last year

Milk production growth in California was up 4.10% from a year ago while Wisconsin growth was 4.60%

Corn Recovers After 88c Down Week

The corn market traded in a much tighter trading range this week after last week’s volatility broke the July contract 88.50c to the downside. The contract responded by starting this week with four consecutive up sessions before falling 5c lower on Friday. Overall, July corn closed the week up 15.75c to $6.5950 per bushel. Global demand for United States corn – primarily by China – is helping to support the market. Total Chinese corn purchases for the month of May are already over 420 mb of new crop corn. However, as the market’s attention turns to improving US weather and a strong planting season, there could be more resistance moving forward. Parts of the Corn Belt received timely rain this week. Additionally, as of this past Monday, the US is 80% planted, versus a 5-year average of 68%. 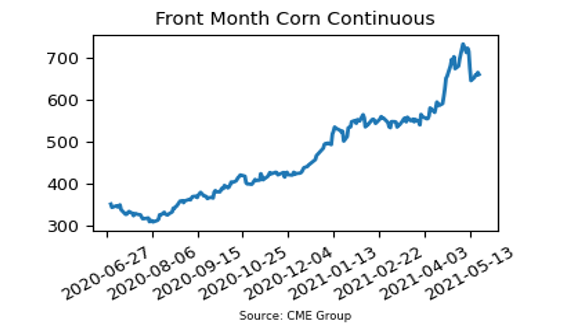 The July soybean meal futures contract finished this week at its lowest level since March 22nd. For the week, the contract was down five days in a row and slipped $19.60 per ton to $398.90. This is down $58.30 from last week’s high. Pressure for the soybean market stems from a correction lower in the soybean oils markets along with a great planting season so far in the United States. This past Monday, the USDA reported that 61% of the US soybean crop is planted. This is well above the 5-year average of 37% planted through this same time period. United States soybean basis is starting to decline and there have been reports that China has been buying its soybeans from Brazil at this time. At any rate, soybean meal prices are starting to work lower – be prepared to take advantage of a breakdown if the market falls further through the $400 support threshold. 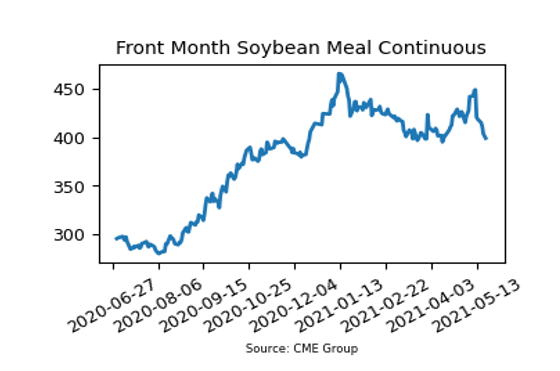 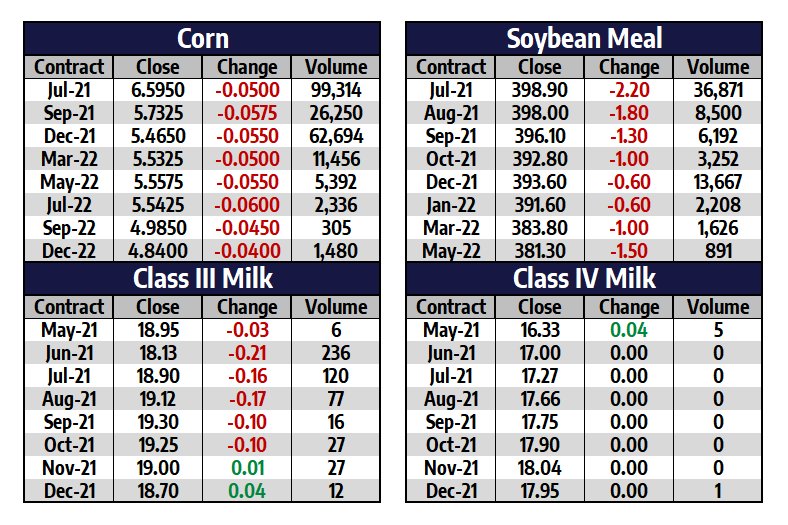